Minecraft Dungeons presents a never before seen chapter in the ever-popular Minecraft game franchise. Inspired by the likes of Diablo, the crawler-dungeon game is a loot driver and involved a lot of mob fights. Additionally, there are lots of new unique weapons and armor available for players in distinct locations.

Unique weapons have their distinctive abilities and designs. Most of them usually have some enchantments did on them that make it extra-ordinary. These weapons and armor may drop randomly through mobs or blacksmiths, and some are only accessible at certain levels. Here we will go through all of the unique weapons in Minecraft Dungeons, along with their locations and tiers. 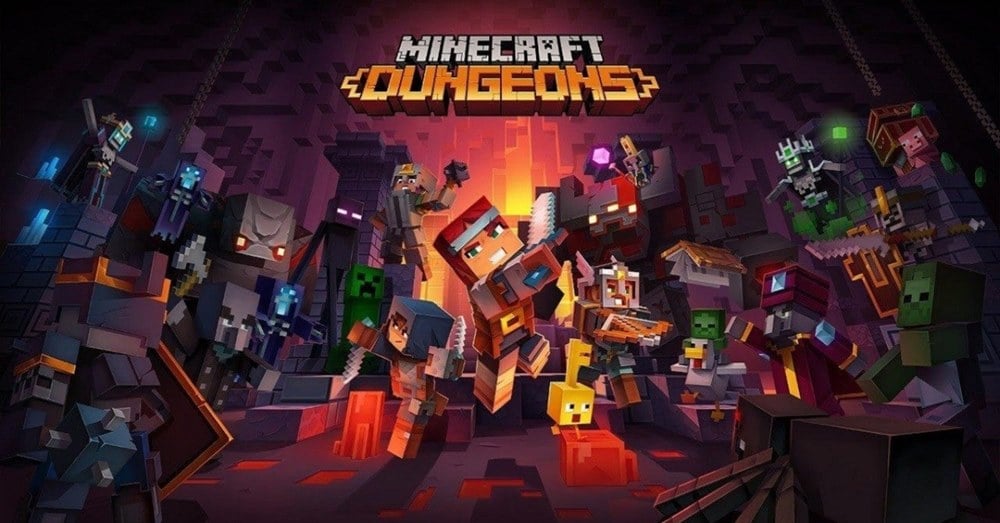 Players can get access to 11 types of weapons. Most of these weapons can be unlocked during the first run-through of the game. But there are a few that can only be unlocked at Adventurer difficulty and higher. 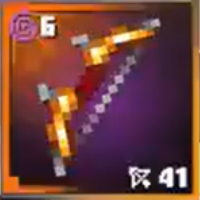 The Elite Power Bow is a much more upgraded version of the original regular power bow that is sure to leave a lasting mark on any opponent. By adding Rapid fire in addition to Piercing enchantment, this bow can easily clear out mobs by a single shot from a distance, with its high power and speed. Ricochet enchantment is also the right choice as this will enable to bow to kill more than a single mob at a time. 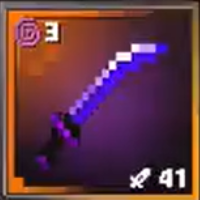 The Dark Katana is designed specifically to kill large mobs of Zombies. However, it is just as effective with other enemy mobs as well. By adding the Chains enchantment along with Gravity enchantment, this blade can be swung against numerous enemies at a time. Given its large base damage abilities, it can be used to wipe out zombies in an instant. This is highly effective against the undead, other zombies and bosses such as The Nameless One. 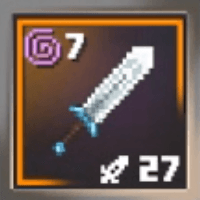 The Broadsword may seem to lack that special charm compared to other alternative weapons. But is highly capable of dealing great damage. The Wild Rage enchantment works best with this weapon as it can turn an enemy hostile upon impact and make it attack other enemies. 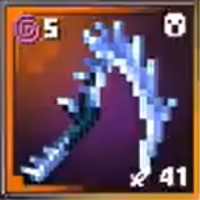 The Frost Scythe has comparatively lower base damage than others. However,  its soul gathering abilities make up for this and can really do some harm as players collect more souls, the greater the damage that can be caused using this weapon. By using the Shockwave enchantment, the Frost Scythe can effectively take out entire hordes of enemies. The Frost Scythe, as implied from its name, has a cold-blooded look with its crystallized design.

The Nameless Blade is a melee sword weapon that has a unique style design. By using Critical Hit enchantment, players can deliver critical hits against enemies.

The Imploding Crossbow is a ranged crossbow weapon that is fine-tuned to deliver the maximum damage to an enemy. By using the Rapid Fire and Piercing enchantment, players can handle mobs with greater speed and better impact damage. 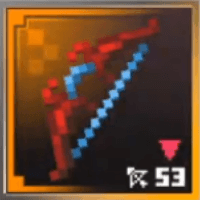 The Red Snake is a ranged bow weapon that can set fires easily owing to its high-temperature abilities. By using the Growing enchantment, the arrow shot from the Red Snake will grow while in the air and deliver greater damage to the enemies. Another great enchantment to use with the Red Snake is the Tempo Theft. This enchantment enables the Red Snake to capture the enemy mob’s speed and add +4 seconds to the player. 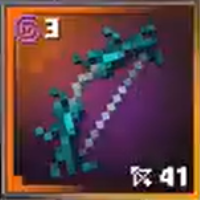 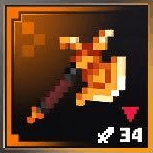 The Firebrand is a single-handed axe that is enchanted with fire. It has gained a lot of popularity amongst the fans owing to its immense fire damage and power that can incinerate mobs easily. The Firebrand’s ability is improved using the Rampaging enchantment. This works along with Spin attack making it a good choice for clearing out mobs.

The Slicer is a ranged crossbow weapon that is a prime example of Illager-style weaponry that is designed to shoot armor-piercing bolts against the enemies. The Chain Reaction enchantment is the best for these weapons as it can allow shooting of 5 arrows in multi-directions upon impact. 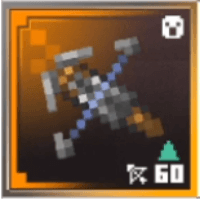 The Void Caller is a ranged crossbow weapon that can reach out to the trapped souls between the present and the next. By using the Infinity and Multishot enchantments, players can deliver five arrows at once and replenish them immediately. 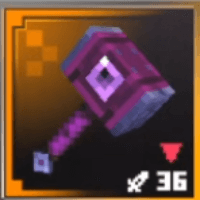 The Hammer of Gravity, as its name suggests, uses gravitational forces to capture enemies by pulling them in closer. This means players would not have to move across the battlefield much. By using the Chain enchantment, this weapon can secure all the enemies in a single area and take care of them instantly. 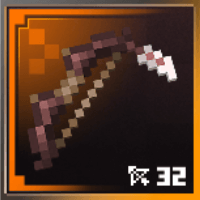 The Hunters Promise is another ranged bow weapon with lower base damage compared to other weapons. But unlike the others, the Hunters Promise bow has control over the pets. By using the Supercharge enchantment, the arrow shots can supercharge and deal more damage. Another great enchantment to use is Growing, which enables the fired arrows to grow after being shot and hit a wider enemy group. 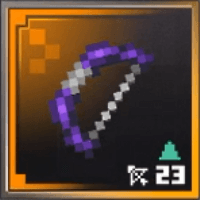 The Purple Storm is a legendary ranged bow weapon the can deal with steady and reliable damage. Using the Fuse Shot enchantment, the Purple Storm can fire projectiles that will explode from a timed charge, thereby inflicting a 100% damage impact on the enemies nearby. 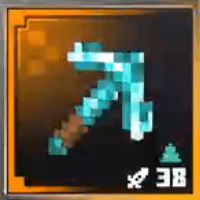 The Diamond Pickaxe may not seem like the most dangerous weapon in Minecraft Dungeons. But it certainly is essential, since Emeralds are crucial to surviving in the game. By using the Smiting and Sharpness enchantments, it can increase its powers to deliver additional damage. The Diamond Pickaxe is the most valuable sidekick for resource collection.

The Flail is an epic melee hammer weapon the can embed binding chains with each attack. Using the Freezing enchantment, the Flail can temporarily freeze enemies for 3 seconds. 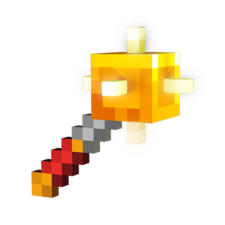 The Sun’s Grace is a highly effective healing weapon. Since Minecraft Dungeons supports multiplayer co-op mode, in a squad, there should always be one healer. The Sun’s Grace is the ideal weapon for them. It can double up damage and simultaneously heal team members, without having to fight against enemy mobs.

That’s all we have for all the unique weapons tier lists and locations in Minecraft Dungeons. We hope this helps. You can check out our latest iPhone and iPad, PC Troubleshooting, and Android Guides for more. We want you to participate in the $150 giveaway by subscribing to our YouTube Channel. If you have any feedback or queries, comment down below with your name and e-mail ID. Thank You.