Kenshi is one of the most notable and enjoyable characters to beat up on others among the Mortal Kombat X characters. He has telekinetic abilities to manipulate his katana, and if you pick the right variant for him in the game, he can get assistance from the spirits.

Moreover, he isn’t the fastest of all, making him a bit unsafe if attacks are not used in full range. However, if you are patient enough to keep a keen eye on the opponent, you can easily take him out with Kenshi. Here’s how Kenshi, the blind swordsman, dances. 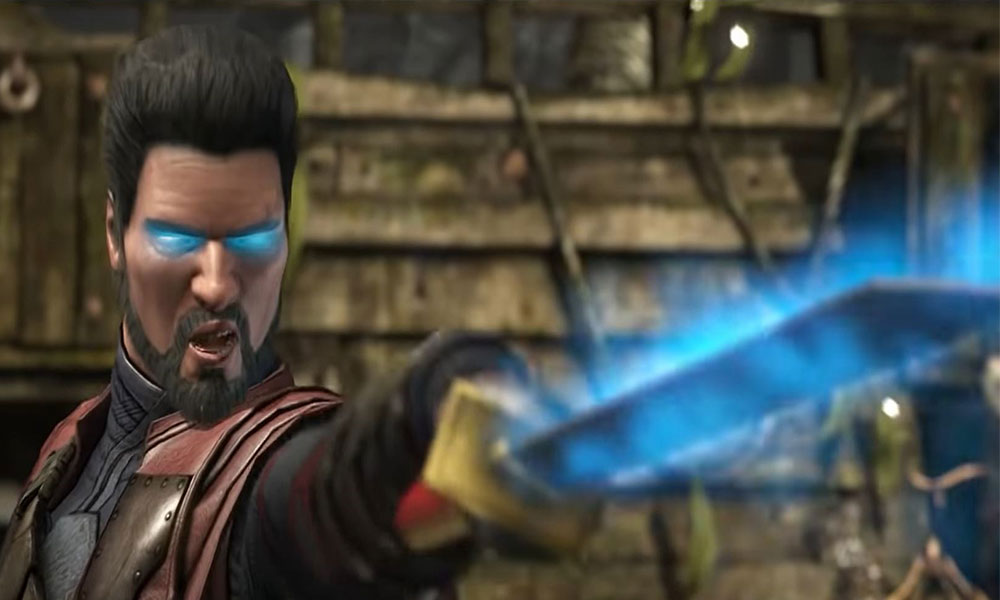 How to Play Kenshi in Mortal Kombat X

Kenshi has three combinations to pick from, as for any character in MKX. You would have multiple unique abilities to pick from, whether you choose Kenjutsu, Balanced, or Possessed.

The Kenjutsu variant of Kenshi operates very closely with Ermac in that he has the power to catch enemies from a distance in mid-air and knock them around. This variant introduces the skill of Telekinetic Drive, Slam, and Flip to the arsenal of Kenshi.

Growing Sword is another one of his unique talents that enables Kenshi to cut from below with his spear. This maneuver would launch your opponent way up in the air by Meter Burning, enabling you to perform a juggle combo.

An overhead assault is his other special skill, the Spinning Sword. Kenjutsu Kenshi is a combination of a near and mid-range warrior because of his willingness to catch mid-screen enemies and punish them while they’re near with his blade.

The willingness of Balanced Kenshi to project pictures of himself to strike. If you execute Telekinetic Slice with just the default inputs, only the mid-range opponent is affected by Kenshi’s projection. However, holding the back or forward keys will enable you to decide the range the projection will strike with.

For instance, when executing a Telekinetic Slice, if you hold forward, the projection would reach the opponent from a full-screen distance away. This distance control capacity allows the telekinetic movements of Kenshi feasible at any length. On the other side, Tele-Flurry is a full-screen assault that could be useful for interrupting enemies while they are getting ready to use a projectile assault.

For the Possessed variation, for his broken sword, Kenshi gets to summon demons to support his attack. Because of its ability to summon aid and strike from a point, Possessed Kenshi plays quite similarly to his Balanced edition.

Sickle Raise and Soul Drive are mostly about zoning techniques, while Demon Attack and Demon Beam are motions that would make it easier for you to get near. Until tossing the opponent behind him, the Meter Burning Demon Assault will cause Kenshi to strike from mid-range.

Dashing after the throw to the enemy will allow you a limited attack window. In the other side, Demon Beam acts a little like a teleportation ability and takes you right over the foe. Right after Demon Beam, executing a ground assault is a perfect way to get the drop on your enemy. Only actually.

With its x-ray pass, Kenshi has two deaths and five brutalities to go. Here’s how each pass is pulled off.

Like no other, Kenshi’s X-ray action is drawn out by clicking both the left and right buttons concurrently with all three bars filled on the X-ray meter. Kenshi can use his telekinetic abilities from your subsequent assault impacts to lift the enemy closer and stick him with the katana. Before extracting it and slashing them in the torso, he’ll push the sword further into his forehead.

After winning a battle, Kenshi has two special fatalities that he can use. The first is named the Tele-copter, which can be carried out by standing far from the opponent, pushing back, forward, back, back, and back. In the breeze, Kenshi raises the opponent and then turns with his katana before them.

A good slow-mo shot of the katana chopping the character into slivers is offered to the audience.

Finally, Kenshi has five brutalities; if the conditions are right, he can use them bloody to complete this match. Unlike fatalities, before you can do them, these moves (except the first one that is available from the start) may need to be activated in the crypt. Here’s how to strip down all the violence.

Well, that’s all you need to play Kenshi in Mortal Kombat X and we hope this definitely helped you. Now, check out our Gaming Guides, Windows Guides, Social Media Guides, iPhone, and Android Guides to know more. Subscribe to our  YouTube Channel to watch some awesome videos on gaming and smartphone tips and tricks.