Updated on September 25, 2020: Finally, after months of testing and in the beta phase, the Android 10 update is now rolling out for the Motorola Moto One  Zoom smartphone. The update is currently live for the users in the UK but we expect it to be available to other regions pretty soon. The Android 10 update arrives with version number QPH30.29-Q3-28-13. Sadly though, it brings the July 2020 security patch. Meaning that neither the Android OS is the latest nor the security patch. Whatever the case may be, at least the update brings an Android 10 update. Here is the complete changelog of the update:

– Android™ 10: Android is more secure and easier to use than ever. Check out the new gesture navigation, system-wide dark theme and better notification control with suggested actions and silent groups. You also have more control over privacy and security to ensure that your data is always protected. Check out all the new features.

Updated on August 1, 2020: Finally, the day has arrived as per XDA Developers, Motorola has begun soak testing the Android 10 for the Moto One Zoom. The testing is going on currently for the users in Brazil. The latest build comes with version number QPH30.29-Q3-28-13. Moreover, the update also brings the July 2020 security patchset for the phone.

Updated on July 31, 2020: As per a recent tweet by Motorola Brazil, the indeed the Android 10 update will be coming to the Moto One Zoom smartphone. The tweet also sheds some light that in the coming days, the Android 10 soak test will be carried out for the users of the Motorola One Zoom. Although, there is no ETA as to when this testing phase will begin for the Motorola One Zoom smartphone users, at least they have now a confirmation that the update will be pushed for them in the coming months or so. Keep in mind that users should not confuse the “One” moniker in the name of the phone, that Moto One Zoom is an Android One phone.

Updated on June 12, 2020: Going by the recent comment by one of the Motorola Moderators, the Motorola One Zoom Android 10 hopefuls have to wait a bit longer as the next planned update for the phone is going to be the May 2020 security patch. Clearly this means that the Android 10 update is not in the cards, as of yet. Here is what the comment from the moderator reads:

March is the latest for the Zoom. So if you are earlier than March, please let me know.

As I have posted elsewhere, the testing of the software is the final step. Delays are often due to the software failing to fulfill some necessary standard. Based on my inquiries, that’s what has happened here. We had hoped to have the May update out by now, but the software is held up. Apologies for the delay.

While we never share timing information, the Moto One Zoom is expected to receive the Android 10 update. Pending partner approval, if that’s required.

Hi, Rafał. While we never share timing information, the Moto One Zoom is expected to receive the Android 10 update. Pending partner approval, if that's required. -Rica

Meanwhile, we can expect that after cooking the latest software version for Motorola One Zoom and after performing some internal testing, it will be released in a couple of weeks or so. We all know that Google’s Android One program is developed for budget category non-Pixel Android smartphones to deliver faster and frequent software updates just like the Google Pixel devices. 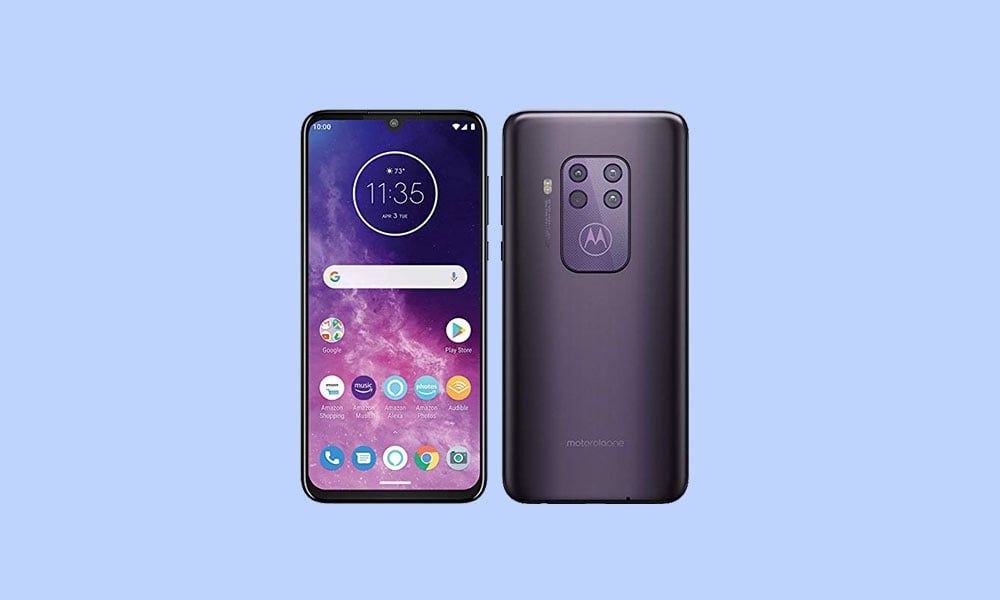 Therefore, all the Android One powered smartphones ensure the two major Android updates and three years of consistent security patch updates which says a lot for a budget segment Android device. But here is a catch. Though the device name comes as Motorola One Zoom, it isn’t a part of the Android One lineup. So, it may take some time to get an official Motorola One Zoom Android 10 update roll-out timeframe from the company. 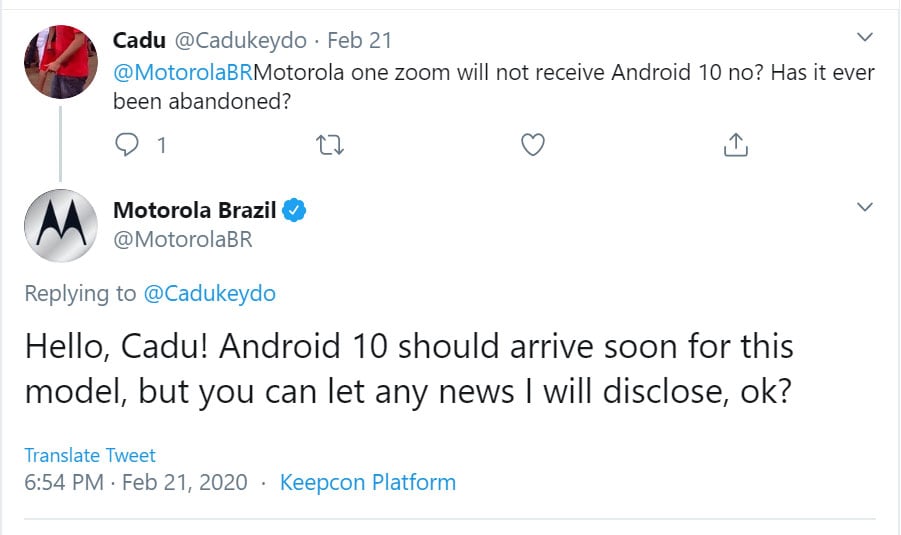 It’s also worth mentioning that as there is no Android One support, we can’t expect whether the device will get the Android 11 update or not. Currently, as a Motorola One Zoom user, we can only wait for that good news. Till then, stay tuned for more info.