There are some weird tasks to complete in Paper Mario: The Origami King. One such task is to collect all the shell stones to access a temple where the Koopa Troopas worship a giant turtle. Now getting all these shell stones can be difficult if you don’t know how exactly you need to go around to complete this task.

All these shell stones for the temple are located or hidden in the Overlook mountain. This is just North to the temple, and if you follow the main path, you will get to them one by one. Now in this guide, we will tell you what you need to do precisely and give you a walkthrough for the entire task. You will need some coins for this task, though, so be sure that you have some in your balance before you start on a quest to find the shell stones. 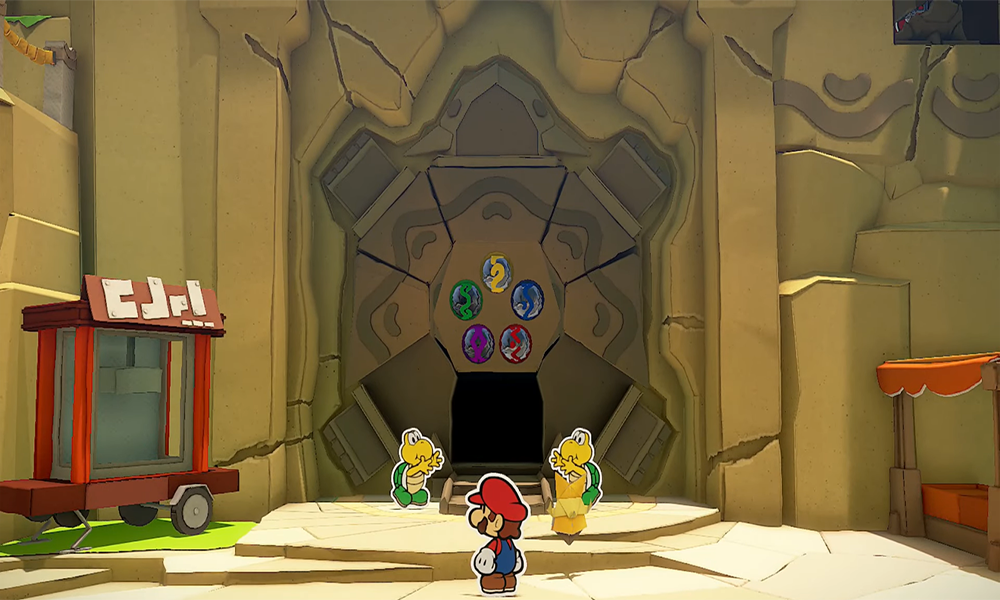 There are four shell stones in total that you need to get your hands on. Green, Yellow, Blue, and Red Shell Stones.

Go on ahead on the path of Overlook mountain until you see three Koopa Troopas standing around a table. Go ahead and initiate a conversation with any one of them, and it will start an auction for the Green shell stone. The starting price will be a whopping 10,000 coins. Decline it straight away and keep declining the offered rate until the price drops down to just 500 coins. Then purchase the stone at 500 coins and take it with you. Remember to refuse every expense that you get more than 500 coins. Anything more than 500 coins will be a wastage of coins for you. 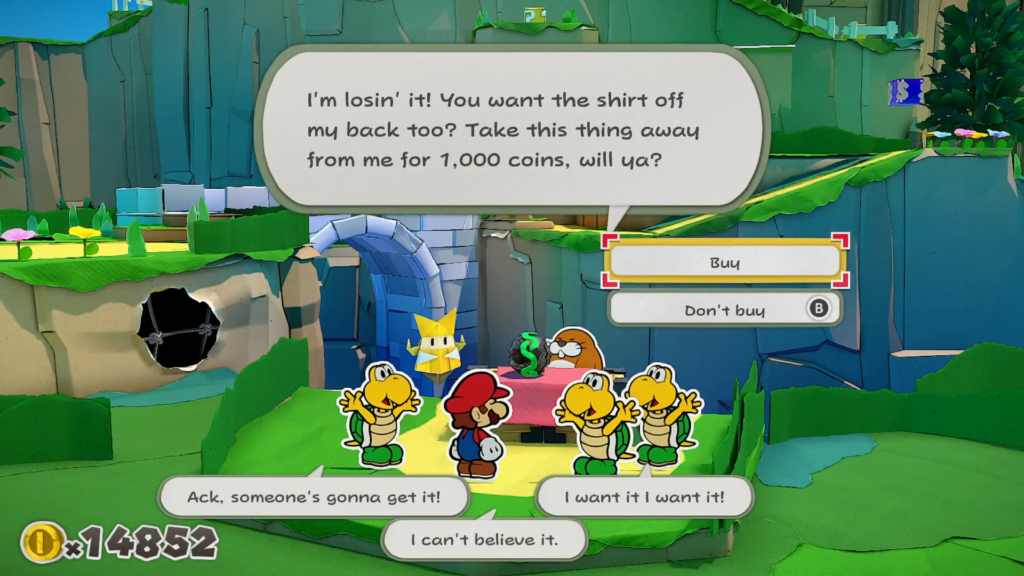 The next stone can be located behind the Overlook Mountain Save block. Then beside the save block, clear out the shrubs, and you will find a Goomba here. Now battle with the Goomba and defeat it. As soon as you do that, you will have a 1,000 Folded Arms magic circle right next to you. Activate this circle and remove the wall part, which is directly above you. 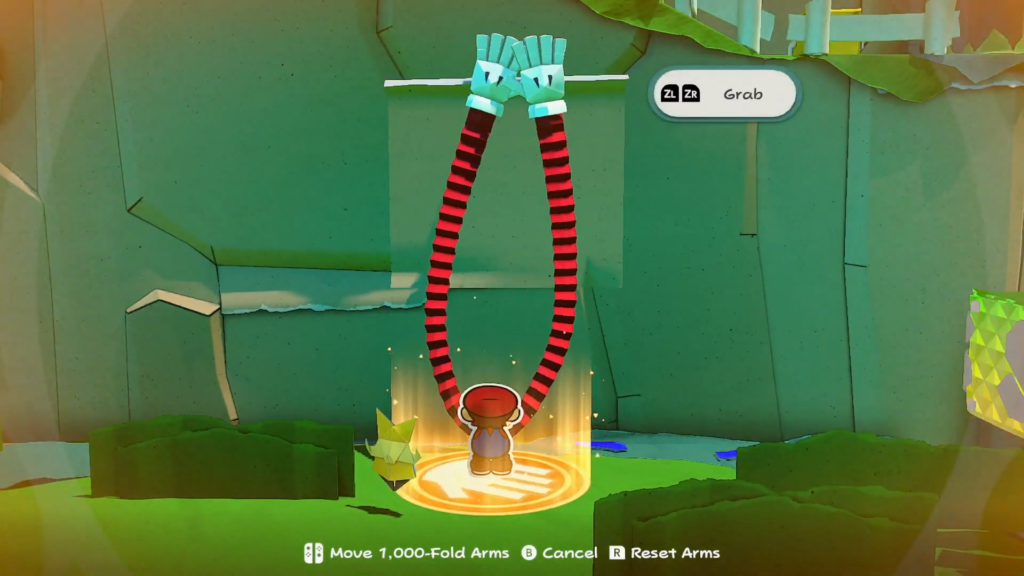 This will reveal a Dry bone clutching on to a Yellow Shell stone. The Dry bone will give the shell stone over to you and runoff, saying it’s dehydrated. 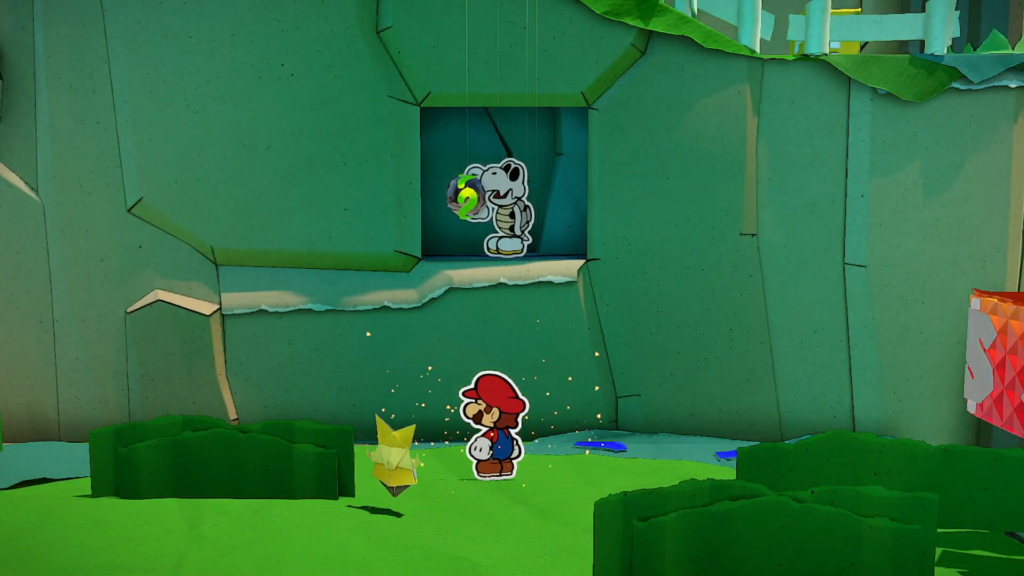 After you get the yellow shell stone, head right until you see a Koopa Troopa by a fishing dock, learn about fishing in Paper Mario: The Origami King here and use the fishing rod you get to start fishing. Then using your newly found fishing skills, try and catch the fat, round Cheep Cheep you see in the water in front of you. It will be twice the size of the other fishes around it. 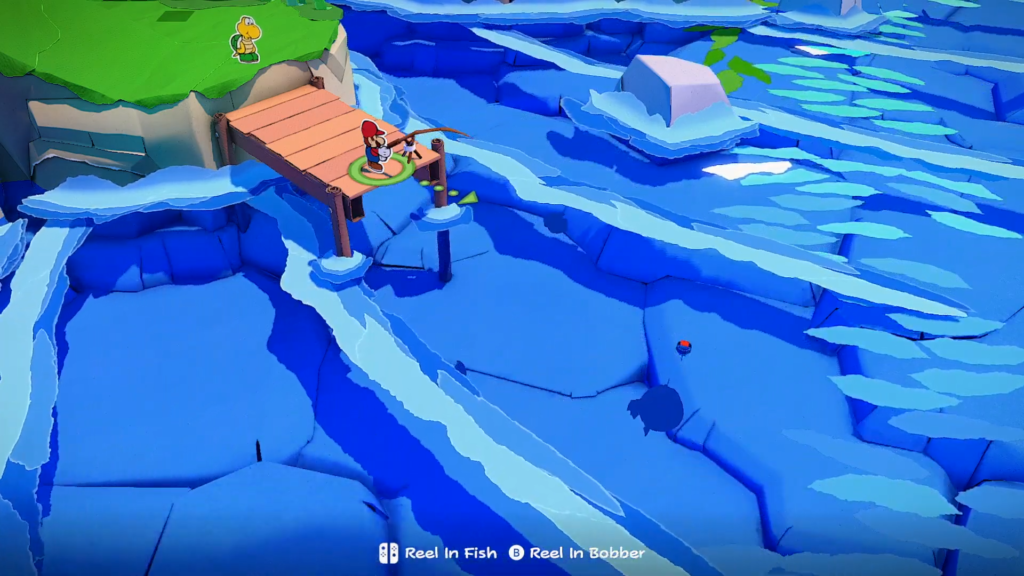 Once you catch and pull it out of the water, fight it and defeat it. Once you do that, you will get the Blue Shell stone. 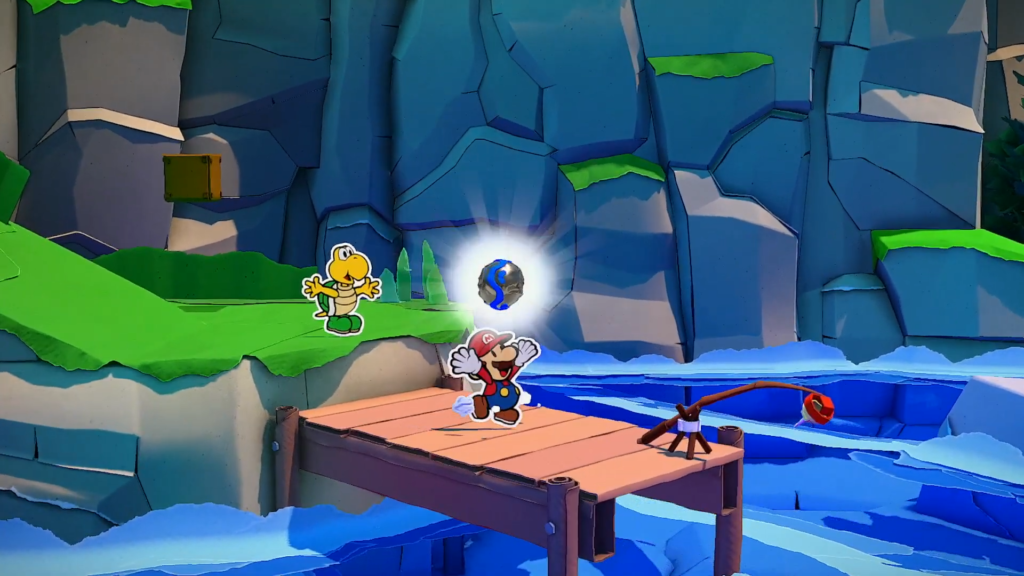 This is the final shell stone that you need to collect. Get to the top of the mountain until you reach the massive tower of rocks lifting the building into the air. Now head on the path you see on the left, and here you will see three Paper Macho Shy Guys kicking the Red Shell Stone around. 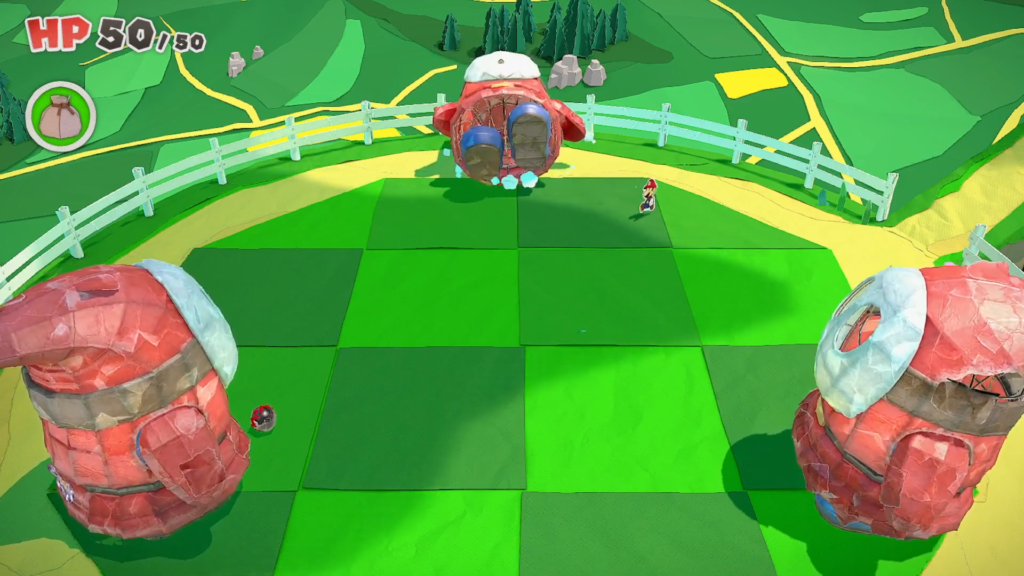 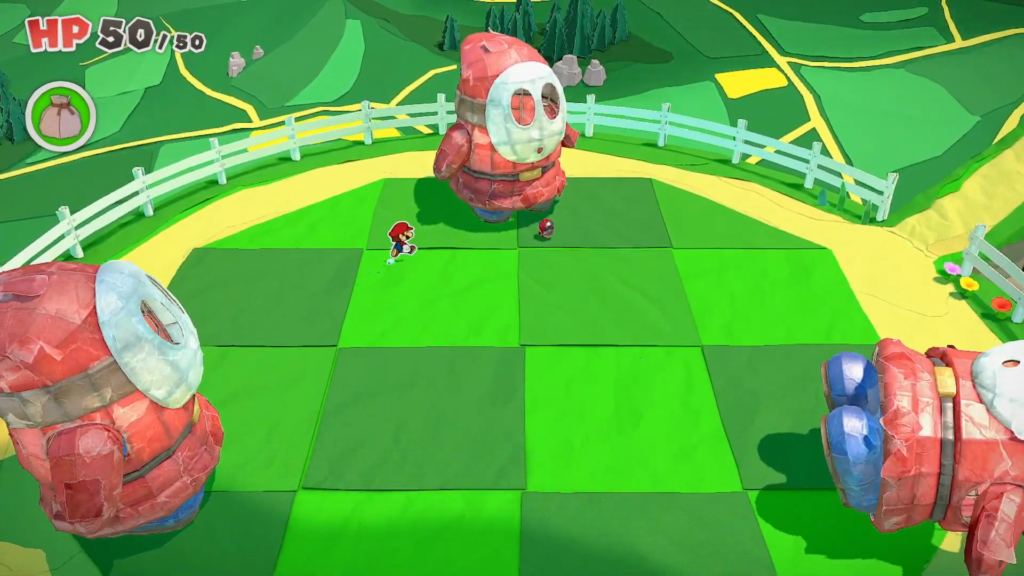 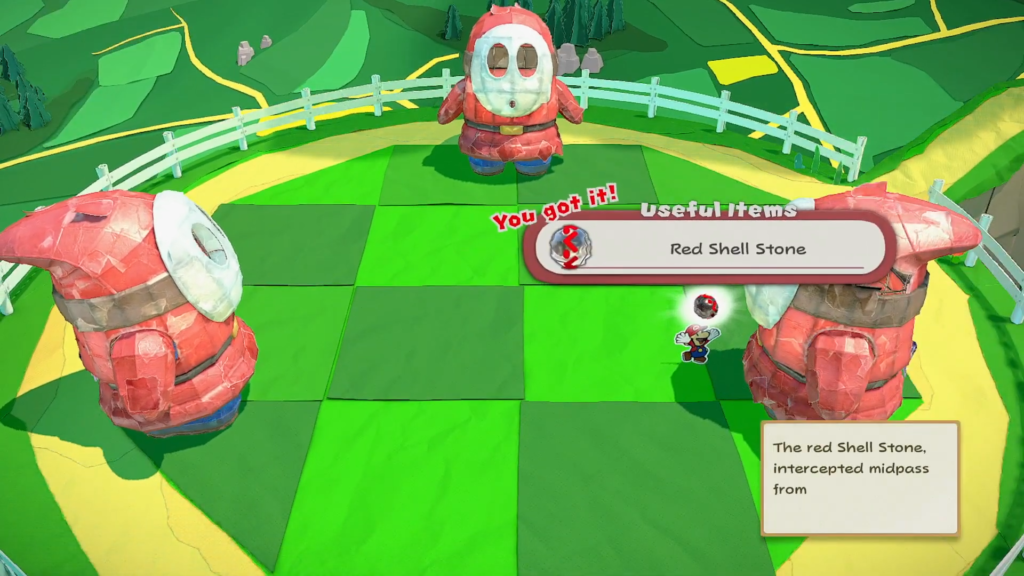 This is a bit tough as compared to the previous three, as you need to be quick when you knock off the Paper Macho Shy Guys. If you waste time, then the knocked-down Paper Macho Shy Guys will get up and continue with their play with the red shell stone. And once you get the red stone from the Paper Macho Shy Guys, they will not just stand idly either. They will attack you, and you have to defeat them. Once you beat them, you will get three Toads and a heart to fully restore your life points.

Once you have all the four stones, go on over to the temple and place the four shell stones onto the wall. This will unlock a door with a new place for you to explore in the game.