Google Pixel 2 XL is one of the popular and in fact, the best smartphones launched this year. As expected, it has got an overwhelming response and the users are able to keep up the pace while performing any task on this device. However, several users all over the world have reported about the careen burn-in problem in this device. Although it has a large 6-inch screen, this issue is becoming quite common and has been reported by a lot of users. 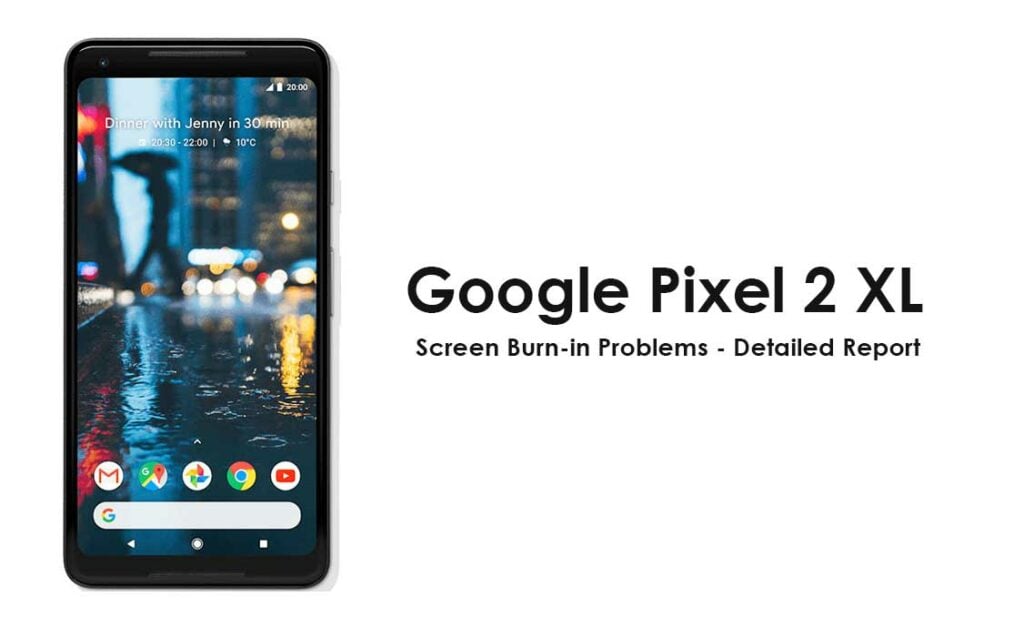 What exactly is screen burn-in?

The Pixel 2 XL devices have been equipped with the OLED screen by the Google. The OLED screens are facing an issue in the present scenario and i.e. a part of display keeps showing the ghosted image even when the same is made to display other content. In other words, the screen doesn’t immediately erase the previously opened content and the same is reflected in a part of it. There are other images and application that appears ghosted as well at the same time. This probably one of the very annoying experience and being a high-end device, the Google Pixel 2 devices weren’t expected the same.

As per experts, this issue becomes common on a device after it is used for years and cannot be expected from a new device. Having the same in Pixel 2XL is a very sad news. Many users reported this problem just after very few days they first operated Google Pixel 2. The fact is, burn-in problems in Pixel 2 XL are still under the investigation of several experts and the exact reason for this is not yet known.

That’s some pretty wild OLED burn-in on the Pixel 2 XL after maybe 7 days of full-time use pic.twitter.com/EPJTs6D0Kg

The problem is slowly becoming common. Google has officially announced that they are investigating this problem. Of course, it is an embarrassing moment for those who have already invested in this device. If it is actually screen burn, then we would like to tell you that the screen burn-in problems stay with a device forever and cannot be made gone easily. The similar problem also appeared in the Pixel XL and at that time, Google replaced all the devices in which the problem actually existed. They may even replace the Pixel 2 XL in case it becomes pretty common.

In case you are wondering that whether it is also there in the brand new Pixel 2 XL owned by you or not, the same can be verified by performing a simple test. Download an HD image on your device that must be of RED or Black color. Simply view it on screen after downloading. Check if you spot the navigation bard anywhere on the screen. You need to look properly and thoroughly as it can be anywhere on the screen. In case you find it, it is recommended to report the matter to the Google immediately. As already mentioned, if the problem becomes too common Google may replace your Pixel 2 XL device.