There is no need for me to testify that Wi-Fi problems on a smartphone are the worst. As our daily life is spun up across using social media, browser, and whatnot, everything we do is almost after connecting to the internet. Since mobile data is portable but expensive, it acts as a backup while the primary method we use the internet is through Wi-Fi.

Since almost all restaurants, offices, malls, airports, and just say what else, have installed either free or paid Wi-Fi networks, we are dependent on it far more than we can think about. In such a case, what happens when the Wi-Fi suddenly begins to act abnormally either by slowing down the internet, lack of coverage, disconnecting the internet or the Wi-Fi network in-between, no internet access, and whatnot. Since there are a ton of Wi-Fi problems that our Symphony or any other smartphone/tablet users could go through, here’s a well-documented troubleshooting guide on how to fix it. 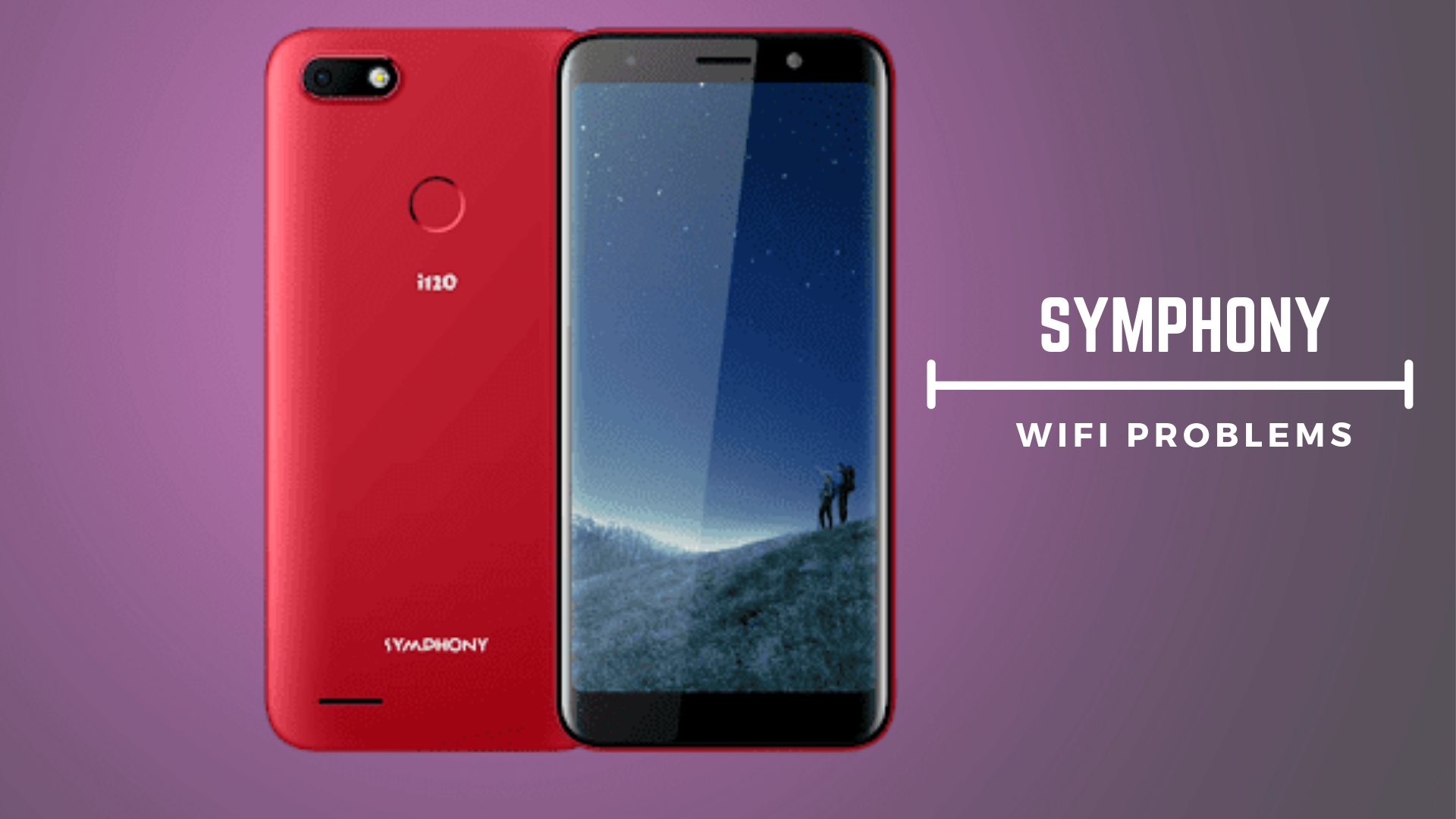 Are there any problems from ISP’s end?

Is the internet down? Or is it the Wi-Fi which isn’t working at the moment? These are just a few questions that pop up in your mind when there’s no internet access or if it suddenly vanishes. The first thing that I would do is to give my ISP a call to inquire about it. I could even ask them to give a visit so that they can check out the lines and professionally troubleshooting the router, modem as well as the bus that connects me with others on the same line to the ISP.

If the problem seems to be temporary internet inaccessibility, you can try to reconnect to the same Wi-Fi hoping that it works. Simply go to Wi-Fi settings and forget the said network. Wait for a few seconds before reconnecting to the same and verify whether the issue still exists or not.

Considering that either the Wi-Fi didn’t start when you tried to do it or it isn’t connecting to an available network, toggling the Wi-Fi can help. Just go to the Wi-Fi settings or drag down the notification panel and tap on Wi-Fi repeatedly for a few times and see if it makes any change or not.

If toggling Wi-Fi didn’t help, enabling airplane mode on your device should help. Flight mode is often considered as one of the effective ways to curb any network-related issues and no doubt Wi-Fi problems are one of them. This is why we have included this method here so that you can do it and find a workaround against the inefficient Wi-Fi.

Next up is the rebooting procedure which isn’t rocket science either. Every time you come across any issues on your device, the first and the best thing you can do is to reboot the system. This is because the smartphone overloads when too many apps and services are running at the same time. The system is also overloaded when there are a resource crunch and whatnot. Also, if there is any temporary software glitch or error, simply rebooting the system can work wonders so try it.

As restarting the phone gives it a new lease of life after a stressful operation of supporting hundreds of processes at once, the router suffers from somewhat the same fate as well. This is because the router tends to get overworked and overloaded when it is constantly in use broadcasting signals and allowing multiple users to access the internet and whatnot. If you notice that the internet suddenly stops working, it is a sign that you must reboot the router and give it a rest for some time before reusing it. Go near the router, press the power button, switch off the power source and let it rest for a couple of minutes before restarting it and hopefully, it will work.

Check if the distance/interference is causing problems

It is not rocket science that the router or modem has a range beyond which, it might not broadcast signals at all. However, even if the router is in range, interference can seriously reduce the signal strength drastically and it could be induced via anything from a door, window, and stuff just next to the router or someone standing near it, etc. You need to eliminate this interference to get a stronger signal. Note that you must place the router at least above the center of the window since placing it near the ground will cause the router to broadcast signals in a confined area.

If you are still not satisfied with the results, try updating all the apps on your phone including all bloatware and downloaded apps. The reason behind app conflicts, bugs, and viruses that might have infected any particular app causing Wi-Fi and other features to succumb to it. You can access the list of apps with available updates via Google Play Store >> My apps and games.

Next, since we are actually following a path to update all apps, the phone’s firmware is a piece of software as well and susceptible to bugs, viruses, and errors as well. Updating the firmware makes the system impenetrable against bugs and viruses while making the system faster and quickens the performance as well. Try visiting the Software Updates section within the Settings app to find any firmware updates, if any.

Next up is the router’s OS which is something you aren’t required to keep a tab on regularly but as we are taking a pathway to update and eliminate all issues caused due to outdated apps, try updating the router’s OS as well. Here, you can find the update for your router on manufacturer’s website that you will have to install via the router’s admin panel and the system will take care of the rest.

This is one of the error statuses that will pop up adjoining to the network you want to connect to within Settings >> Wi-Fi. This error message literally means the password entered was wrong although not all the time it is correct because there is something cause a glitch that causes even a correct password to disallow access to the said network. The fix is as simple as you can think. Just forget the network, take a deep breathe and reconnect to the same network again by feeding the correct password and you must be granted access to it.

If this error message pops up for a longer duration, connect to a said network and tap on ‘Advanced Settings’. Here, you need to find IP Settings that will be set on ‘Static’ as default. You need to change it to ‘Dynamic’ or vice versa so that the phone can connect to the Wi-Fi network.

A number of things could cause such Wi-Fi problems. First up, it could be nothing but a software glitch that you can restore by rebooting the phone/router and trying the forget and reconnect method. Next, it could be an intermediate issue for which, you need to call the ISP for resolution. Also, if you are too far from the router or it is placed after a number of obstacles, you can try to go near it and check if the internet works or not.

The last thing you could do before restoring the phone to its original factory settings is to clear cache memory which is stored in multiple formats. Firstly, you need to clear Storage cache which is accessible via Settings >> Storage, next is the app cache which is stored within the app listing that you will find under Settings >> Apps >> Downloaded. Finally, you can wipe cache partition after booting into the recovery mode using the procedure we have listed under the hard ‘reset’ method.

Pull off a hard reset

You can pull off a hard reset but I assume that you must take a backup of all the photos and videos and other files before proceeding further.
Step 01: Shut down the Symphony device.
Step 02: You need to tap and hold volume up plus power button simultaneously for 10 to 20 seconds until an Android logo doesn’t pop up on the display.
Step 03: Release the buttons and wait for a few seconds.
Step 04: Locate ‘wipe data/factory reset’ from among the item menu to perform a hard reset.
Step 05: Restart the phone after the process is over and check whether the Wi-Fi problems are still intact or not.

The most common problem with the Wi-Fi and the internet access could be the distance or interference or even the locality you live or work at. Say that you have the router in one room and using the phone in another room or say in the room past two or maybe three rooms. Since we have already mentioned that interference can serious attenuate the Wi-Fi signal strength, if you don’t have any other resort, I would recommend installing a Wi-Fi range extender or amplifier that will be able to satisfy your need to use the phone away from the router while getting the best speed as possible.

Seek asylum at the professionals

If there’s no resort, then you will have to turn towards the professionals preferably at an authorized or partnered service center of Symphony. If that is not possible but you still wants to access and resolve the Wi-Fi problems, you can still turn to a third-party service center who might be able to help.