Ratchet & Clank: Rift Apart is the newly launched third-person shooter video game that has been developed by Insomniac Games and published by Sony Interactive Entertainment. It’s only exclusive for the PlayStation 5 console. Although the game has a slight edge towards having stunning graphics and fewer bugs due to the PlayStation platform, it seems that Ratchet and Clank Rift Apart Challenge Mode Not Working. 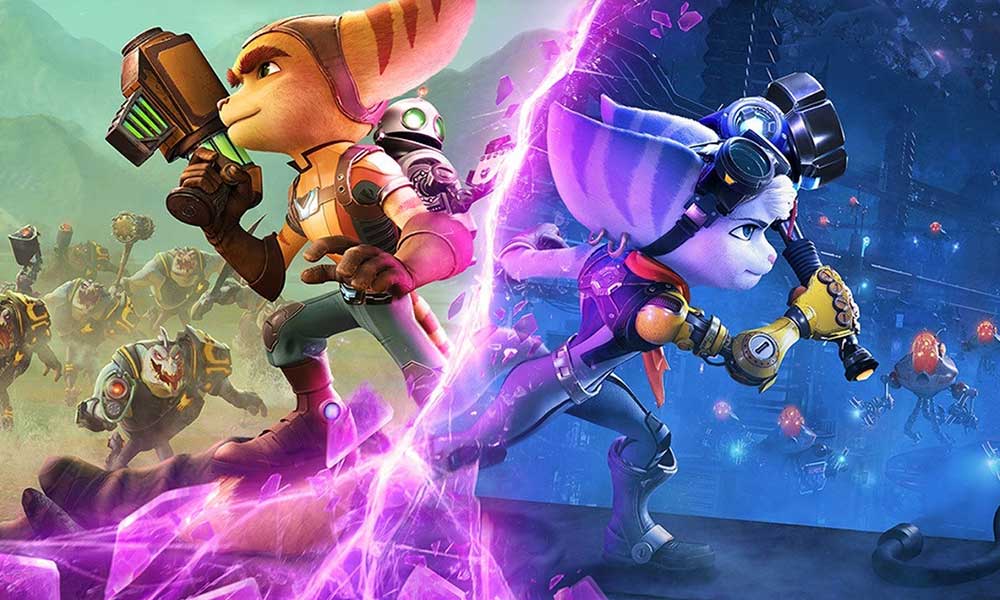 To be very precise, the Challenge Mode is the New Game Plus mode that can be unlocked only after players defeat Rift Apart at least once. Next, the credit rolls through, and players can easily press the Square button on the controller from the title screen to start a new Challenge Mode.

By doing this, the game will reboot, and players should be able to get into the challenge mode easily. Keep in mind that from the next time, players will have to keep the previous health upgrades and weapons. This is what you can do as a player to reach out to the maximum weapon level in Rift Apart.

However, the final part in the Rift Apart seems quite confusing because it’s identical to the normal gameplay. That’s why some of the new players to the Ratchet and Clank series may not be able to understand the Challenge Mode. So, if you’re also feeling the same, make sure to reach to Mrs. Zurkon to unlock your weapons.

Meanwhile, some players reach this point to realize that they can use available default weapons only. That’s sad. But the advanced players might notice that their health upgrades haven’t carried forward between checkpoint saves.

Some of the players have reported on the Ratchet and Clank subreddit that the particular problem is caused by a bug that’s related to graphics settings. So, the Challenge Mode may not work for you if you’ve swapped between the Performance and Fidelity graphics modes in the game settings menu while launching a new save file.

Now, there is no specific reason known yet behind such a thing, but somehow changing the graphics mode seems to wipe all progress data from the previous saves. Quite unfortunate those who’ve already lost their progress data without knowing the fact.

Luckily, there is a simple solution available for the affected Ratchet and Clank: Rift Apart players that they don’t need to change the graphics mode before starting the Challenge Mode.

So, if you’ve already started the new Game Plus save file then you can delete it. Next, press the Square button on the controller to start a new challenge mode.

Please Note: Do not delete the main save file. and press Square to start a new one.

However, if you’re still facing a particular issue, make sure to keep following the Insomniac Games Twitter handle for further updates and info. Till then stay tuned for more info.

We hope this guide was helpful to you. For additional queries, you can comment below.