Realme has a reputation for rolling out quite a few features via OTA updates. In August OTA update, it brought features like DC dimming, deep cleanup, optimized flight mode, and others on Realme 2 Pro, Realme X50 Pro, and Realme X2 Pro. It recently added a smooth scrolling feature on its Realme UI as well that users will get on their phones after the update. Cut to now, the Deep Cleanup feature that I mentioned is now confirmed to release across all the devices running on Realme UI 1.0.

This was confirmed by Realme on its Community forum allowing users to save a good chunk of battery when engaged. The feature will roll out as a part of the next update on Realme UI 1.0. What the feature does is it saves a lot of juice in the battery. 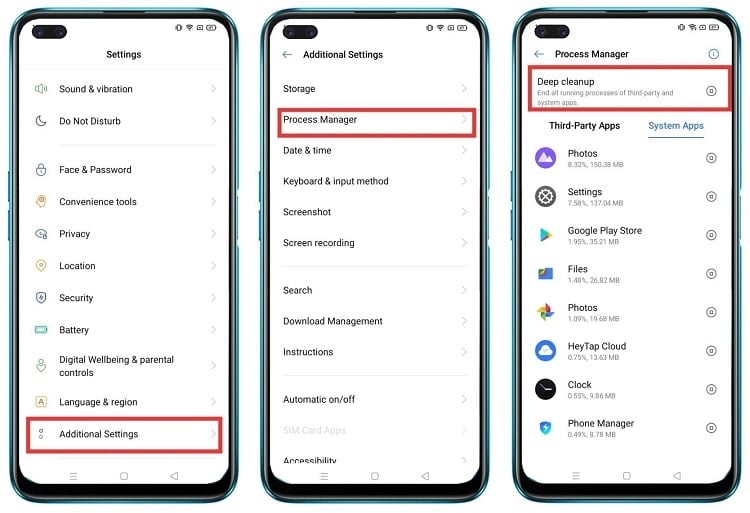 When you engage in the Deep Cleanup feature, instead of eliminating unwanted applications and processes, Realme UI 1.0 kills all the ongoing processes including both system apps and third-party apps. This is one of the best ways to extend battery life since even if the app is running in the background, it is still consuming some degree of battery.

One of the best use cases, as mentioned in the Realme community, is to engage it when sleeping. This will kill all the apps right away unless you open it yourself. This will eventually save a tonne of juice on the battery allowing the battery to extend its life further. The update should arrive on all Realme devices running on Realme UI 1.0 soon.