Thermal paste transfers the heat produce by the processer to the cooler base of the CPU or GPU. It works almost with every cooler use in computers like Air cooler, AIO cooler, or a liquid cooler. As per computer professional, we have to change thermal paste after every year use of the system to make it works smoothly. Moreover, if it is not changed, then it may harm your system and impact the CPU & GPU performance. The most critical part of changing the thermal paste is removing it. So in this guide, we will learn about removing thermal paste from your CPU or GPU and replacing it with a new one.

The heating of the CPU and GPU is one of the common and major issues in computers. But, unfortunately, we always neglected the horrible sound and the abnormal heat coming from our CPU and GPU components. Thermal paste is a clever solution to control the heat and provide cooling to the components of CPU & GPU by the manufacturers. Still, as we use our system to run heavy software or play high-end graphics games, the system generates heat, and the thermal paste is needed to be check and replaced from time to time. 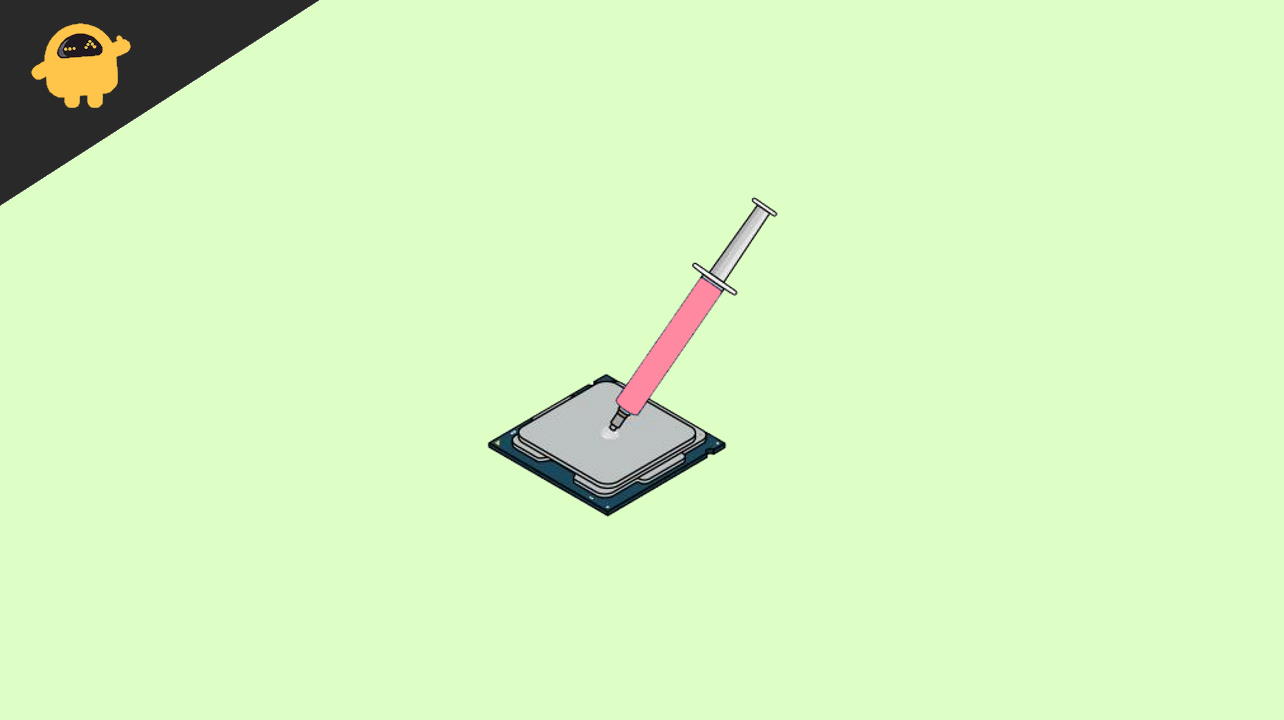 How to Remove Thermal Paste From Your CPU or GPU?

Removing the thermal paste is mostly used to decrease the heat and increase the system’s life, but it’s not an easy task as it concerns opening up and de-assembling the system hardware. Therefore, we need to follow the process carefully. Here we learn step by step process to remove the thermal paste from CPU/GPU.

After a certain period of usage, the thermal paste turns hard and becomes unable to transfer the heat required. Due to this, your system will run slow, heat up frequently, and you will notice a performance decrease of your system. One side effect of failed thermal paste is your CPU and GPU running fans constantly dissipate heat and making a lot of nice in the process. So if this is something you are currently facing, then this is the right time to remove the thermal paste from your CPU and GPU and replace it with a new one.

To remove the thermal paste from your CPU/GPU, we need a good quality of the thermal paste. There are a lot of thermal paste tubes available that you can buy as per your budget and based on customer reviews and ratings in the online and offline market. Also, it would help if you had some clothes or cotton buds to clean the thermal paste. The experts always use Alcohol to clean all the dust and thermal compound from the chip and a screwdriver to open the system. If you have all the items, then move to the below process.

Thermal paste is a heat conductive material, and it is not easily available in all areas. We recommend you buy such items online and wait for them to ship to your local address. If you don’t have a thermal paste with you and need to replace the old one due to some emergency, you may also use toothpaste as an alternative to the thermal paste. The life of toothpaste is much lower, and it only lasts two months compared to a good quality thermal paste.

Remove Thermal Paste From Your CPU

Before moving to the first step, please turn off your system and remove all the plugs so that you can remove the thermal paste without any difficulty.

Remove Thermal Paste From Your GPU

Again follow the above process of shut the computer and unplug all cables, including the power cable. GPU is also a delicate part of the system, so be careful not to mess around it.

That’s all about the necessary steps to remove the Thermal paste from your CPU/GPU, but make sure to gently apply the thermal paste to your system. If you have any questions regarding the above and then share your experience, let us know in the comment box.