Samsung Galaxy F41, the newest addition to the F series lineup of smartphones from Samsung, has some issues. One of the most common ones that many new users are experiencing is issues with charging the device. You plug in the USB cable to the device’s USB port, then plug that cable into the adapter that came with the retail box, but there is no change in the smartphone’s battery percentage. This is an issue of concern.

Generally, you would not expect something like this from a brand new device, but some unlucky users do get faulty hardware smartphones. If you are one of those unlucky ones, it is better to head over to the Samsung service center. But before taking it to a Samsung store, you should try a few fixes that could potentially solve your issue with the battery not charging up. These fixes won’t work if it is an internal hardware issue. So after trying all the fixes, if nothing changes, take the smartphone to the Samsung service center. So what are all these fixes to resolve the not charging issue? Let’s find out in this article. 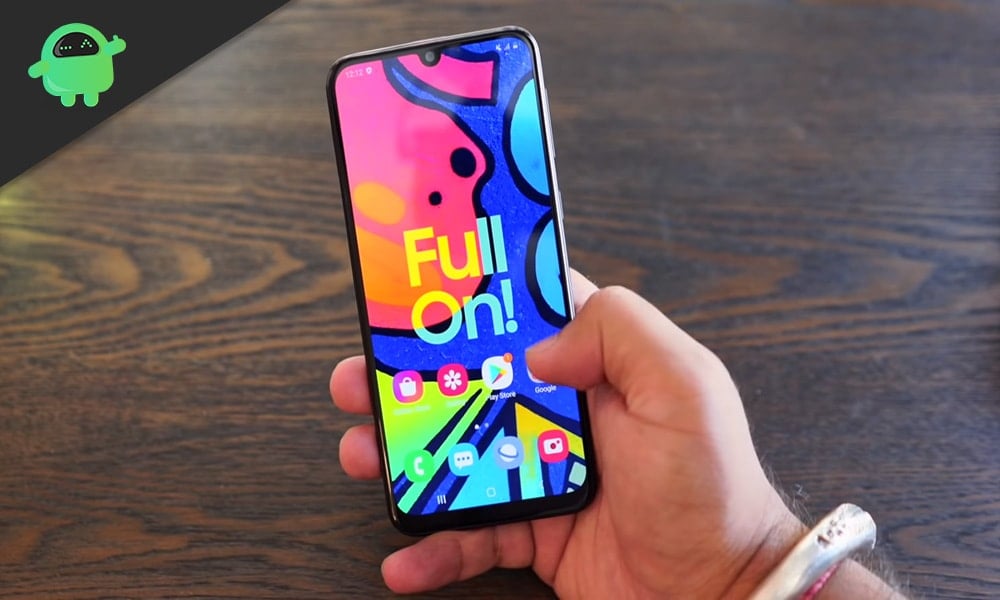 The fixes mentioned below are pretty basic ones, but most of the time basic fixes are all that is required to solve an issue.

Use the original adapter that came with the retail box of the Samsung Galaxy F41. If you are using a third-party power adapter or an adapter that belongs to another smartphone, then you might face issues while charging. Different power adapters have different power outages, and using an adapter with an unsupported adapter may affect your smartphone’s charging mechanism. So choose only the original adapter while charger.

Sometimes some dust or debris may get stuck inside the USB port of a smartphone. There will be difficulties while charging the phone as the excess dirt will block the connection. Besides dust and debris, even water can sometimes be the culprit. Clean out any moisture, dust, or debris that might be present in the charging port and then try charging the device all over again.

Another possible reason for the Samsung Galaxy F41 not charging up could be a temporary software glitch. It is possible that due to some software glitch, you might face irregularities while charging. Simply restarting the device will fix this issue right away. Additionally, make sure that your device’s OS is updated. OEMs push out regular updates addressing the different bugs that ruin the user experience. So keep your device up to date, and you should not encounter any charging irregularities.

Charge while keeping the phone off:

If everything else has failed, then turn off the device by pressing the power button. While the device is in the off state, connect the charger to the device, and try charging it up. If it charges up, then try turning on again. If the charging stops after the device turn on, then charge the Samsung Galaxy F41 while keeping it turned off. But this should only be a temporary solution. Visit your nearest Samsung retail store and tell them about your problem. They will give the solution.

So that is all that you can do to fix the Samsung Galaxy F41, not the charging issue. If you have any questions or queries about this guide, then comment down below, and we will get back to you. Also, be sure to check out our other articles on iPhone tips and tricks, Android tips and tricks, PC tips and tricks, and much more for more useful information.