The current market share Android has is over 70% worldwide. It’s no wonder you chose this OS to build your first application for. Chances for success with Android are a lot higher. Besides, if you are a student, creating an actual application for the largest market is a great way to learn and practice new skills. 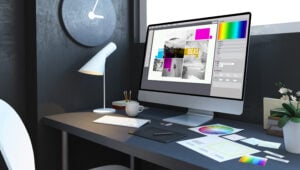 This post is aimed to provide you with all the basic information you need to build an Android app yourself. Let’s get to it!

How to create your first Android app?

I assume you’ve already got an idea for an app and know exactly what it should do and look like. If you don’t have an original idea and just want to build an app for educational purposes you can copy something that already exists. And build it from scratch the way you see it. 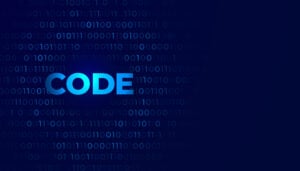 There’s a number of programming languages that can be used to write an Android app. Yes, choosing one might seem a bit daunting. But it’s not that hard once you know each of those languages’ capabilities and applicability.

Java is the most popular Android app development language. Of course, it is. It’s the native Android language after all. Furthermore – the platform itself is partially written in Java.

Another reason for its popularity among Android app developers – it’s fairly easy to learn. The language is logical, well structured, object-oriented, and general-purpose. There are great resources, like Codegym for example, to help you learn it faster and easier. This resource offers over 1200 practical Java exercises with instant verification. There is also a huge community to ask for advice and help.

Kotlin is a cross-platform language that works on the Java Virtual Machine. A lot of professionals recommend learning Java first before tackling Kotlin. Though it is also considered an easy-to-learn language.

Unlike with Java and Kotlin, apps built with C# won’t be native. It is a popular cross-platform programming language often used in game development. Experts say this language is rather easy to learn as well. And it is quite similar to Java. But resources for learning it are not that vast.

This programming language is very popular among beginners. It is considered to be very readable and easy to understand. Strictly speaking, Python is not an Android language. But a Python app can be converted into Android packages, which can run on Android devices. I’d say Python is not a very straightforward way to build your first Android app. But it can be done.

Make sure that you have enough technical knowledge

Ok, so we’ve established that you need to learn a programming language first. What other technical knowledge and skills do you need to build an Android app?

Android software development kit is a universal solution for developing mobile apps meant for the Android OS. Unlike the common editors, Android SDK has wider functional capabilities. It allows testing and debugging of the source code. And real-time verification of an app’s compatibility with different versions of Android. The SDK supports virtually every mobile device that runs on Android OS.

To be able to create a functional app you have to have at least a basic knowledge of the kit and its capabilities.

Jetpack is a set of libraries and tools created by Google to make your life as an Android developer easier. These libraries allow to reduce boilerplate code, follow the best practices, and write code compatible with all Android versions. The libraries are divided into comprehensive categories and are rather user-friendly.

Firebase is a Google-backed platform. It provides a set of tools that every mobile app developer will appreciate. The platform’s suite of tools allows for tracking analytics, reporting and fixing crashes, conducting marketing and product experiments. Overall it’s an indispensable service that will help you improve your app’s quality.

Being a mobile app developer implies you can do both front-end and back-end parts of the app. And since you want to create the app yourself you’ll need to have at least some basic knowledge of UX and UI design. Be ready to design screens, conditions, layouts, icons, and buttons.

Create a prototype and test it

Creating a prototype or a minimal viable version of your Android app is a great way to build an application gradually without putting too much effort in. You can start with the most vital features, or create the first couple of screens. Then test the app and fix the bugs.

You can use the SDK to test your app. And you can test it on an actual Android device. Or do both to be thorough.

After the first version is tested and errors are fixed, you can add or remove features. Then test the app again. This way you will create a great app.

If you get stuck, ask for help

Asking for help is not a sign of weakness. No one is born a developer. And we all get stuck sometimes, even the most experienced of us. Luckily, the developers’ community worldwide is full of great people who are ready to help, critise, and even collaborate. Here is a few of the places where you can look for help:

When you ask for help make sure to describe the issue you have in every little detail. And when you receive the feedback remember – you do not have to implement every advice you receive. Go through all the comments you get and try whatever seems more in line with your vision. It’s your app after all.

Now you have the basics of what skills and knowledge you’ll need to write your first Android app. Go ahead, start the project, learn as you progress and add new features, and never hesitate to ask for help.

There’s a great potential in Android app development. And I’m sure you will create a product that will change the world some day!