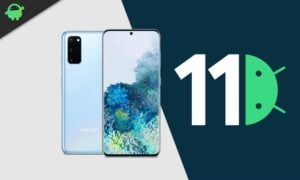 After beta builds, Samsung finally rolled the One UI 3.0 based on Android 11 for the Galaxy S20 5G in Europe. The update is labeled with software version G981BXXU5CTKG and brings all-new One UI 3.0 and Android 11 features along with December 2020 security patch update. As we speak, the 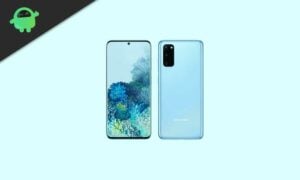 Updated on December 07, 2020: Today Samsung rolled the One UI 3.0 update to Galaxy S20 users in Poland with the same version. Thanks to the Reddit user to report this. Oh yeah bois Android 11 finally released on S20 devices from r/samsung Samsung has finally started rolling the stable

Finally, Android 10 Q is official and so the AOSP 10 Source code. Samsung Galaxy S20 (x1q) is now getting the unofficial version of Lineage OS 17.1 developed by jimbo77 Recognized Developer. The device is launched on February 2020. The handset came with Android 10 Q. Now you can enjoy Lineage

Today Samsung Galaxy S20 received the October 2020 security patch with software build number G980FXXU5BTJ3. This update is based on Android 10 and brings nothing new except the security patch fixes. According to folks at Sammobile, this update fixes the five critical-risk vulnerabilities found in the Android OS, along with dozens