Every computer user has heard about the term ‘Motherboard’ that is present in their computer. But a normal day user would hardly feel the need to know about what a motherboard is and why is it needed. There’s no doubt that most of us just know that it is an important hardware part without which a computer cannot run.

What actually is a motherboard and what makes it so important after all? If you are curious enough to know more about it, you shall keep reading this article till the end. This article is basically a complete guide where we have mentioned what a motherboard is, which components are present in it, the different types of motherboards along with their features and uses.

In other words, you can say this guide simply holds all the information you need to know about the motherboard. So, without any further ado, let us already get started. 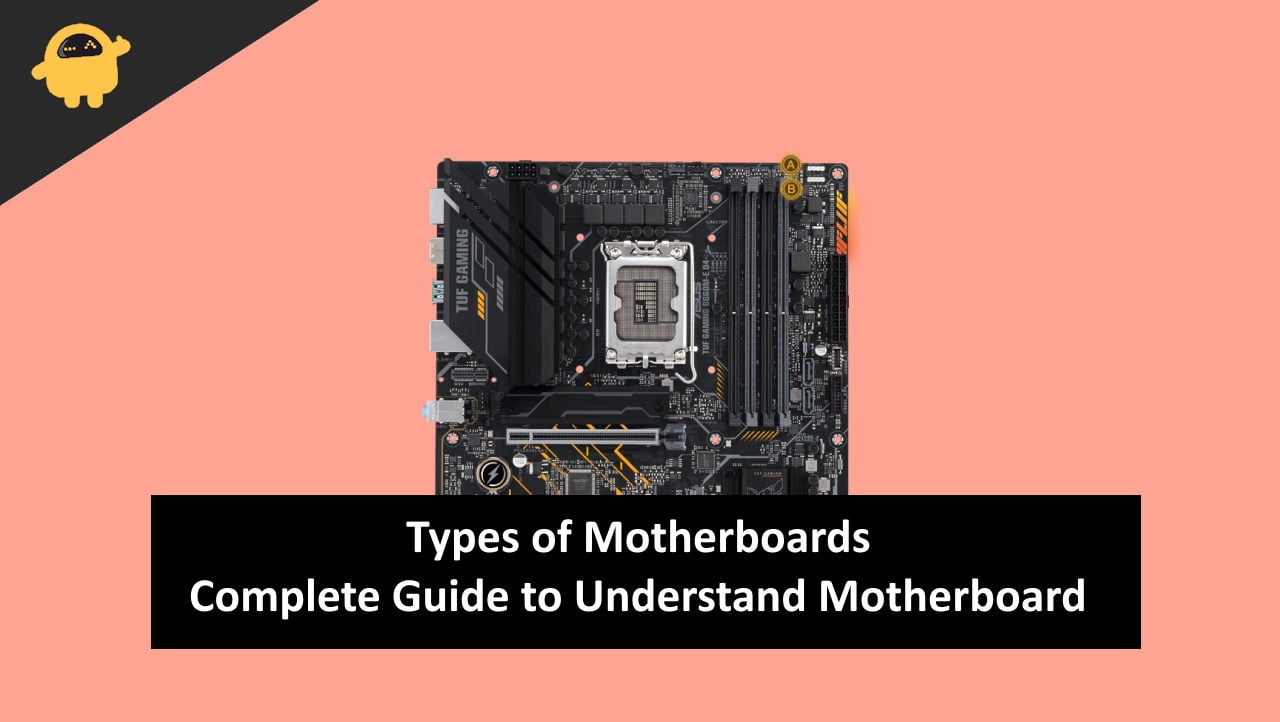 What is a Motherboard

As a result, there are a lot of aspects you need to look for while purchasing a motherboard. Not only that, but there are multiple types of motherboards available in the market. Fortunately, they are designed to work with specific types of processors and memory. This is another reason you need to check for the compatibility of a motherboard based on the other hardware components present in your computer.

Although the work of the motherboard is pretty much the same, you will come up with a different variety of them that are based on many other factors. Moreover, as motherboards are present in PCs, Laptops, and even smartphones, they come in a different physical state that varies according to the available space in devices.

Here are the different types of motherboards that came into existence until today.

AT stands for Advanced Technology. These motherboards were in great use during the mid-80s. However, users had a lot of difficulties installing new drives on these motherboards. Moreover, they were quite larger considering their physical dimensions ranging up to 13.8 * 12 inches. This made them incompatible to fight into the mini desktops or personal computers.

Moreover, they also introduced the interchangeability of the connecting components. This made it further easier for the users to connect the ATX motherboards to their computers.

LPX or Low-Profile Extended motherboard later introduced came with some significant improvements over its predecessors. Firstly, all the I/O ports were placed on the backside making it more convenient to connect to. In addition, it also brought the riser card into action for the very first time allowing more slots and an efficient way to connect to the motherboard. However, the LPX motherboard lacked accelerated graphic port slots which indeed turned out to be its biggest disadvantage.

In order to meet the rising needs of new technologies, the BTX motherboard was further developed. BTX stands for Balanced Technology Extended Motherboards. It was in great demand between 1990s to the mid-2000. BTX motherboards focused to meet the high power requirements of the user. However, it eventually caught up with heating issues while trying to solve the power requirement section.

Just as the term Pico suggests, these were comparatively much smaller than the BTX motherboards. In fact, it is much smaller than most of the present-day micro-sized motherboards. With physical dimensions of 8 * 10.5 inches, they are highly portable and easy to fit in even in the mini computers. However, the Pico BTX motherboards served all the needs pretty well despite their smaller size. They mainly share a common top-half of BTX along with two expansion slots. The Pico BTX motherboards were specifically designed for half-height or for the riser card applications.

The Mini ITX Motherboards were introduced in 2001 by VIA Technologies. It was basically developed with a focus to introduce a fan-less cooling machine with certainly a low power consumption architecture. And due to this very fact, it later became useful for the home theatre PC systems. Originally developed for use in small-configured computer systems, the Mini ITX motherboards became well known in the home theatre domain due to their low noise cooling system. It allowed better sound quality for this reason.

Components used in a Motherboard

As mentioned earlier, the motherboard itself is simply a printed circuit board but with a lot of other components embedded in it. Now, each of these components has some specific job that is essential for the proper functioning of the computer. Here are all the components used in a motherboard and their basic usage. 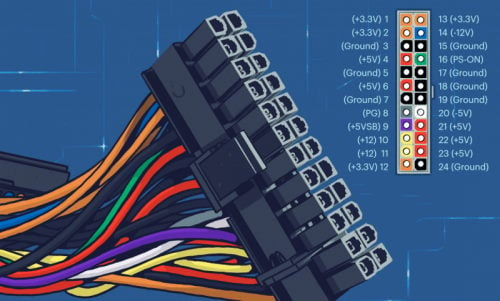 AT Connector: This connector was basically used in the older motherboards. It comes with 2 number 6 male pin connectors.

ATX Connector: The ATX connector consists of 20 or 24 female pin connectors. This connector is used in all the present-day motherboards. 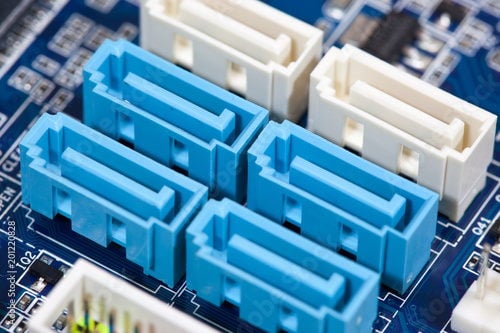 SATA or Serial ATA is the SATA-I/O standard interface. This is a storage device interface that connects with the various consumer devices. It basically focuses on meeting the maximum performance and bandwidth demands of the Hard Disk Drive of a computer or any device.

Generally, an expansion slot refers to a printed circuit board that we can insert into an electrical connector to expand the functionality of the computer system. We can insert normal stuff like the network card, sound card, VRAM, etc. Here are some of the highlighted expansion slots you should know about. 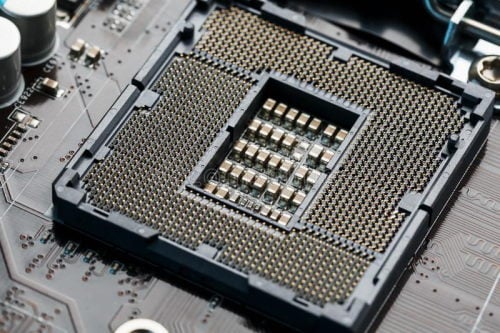 CPU sockets are the ones responsible for connecting the processor to your motherboard. It uses a series of pins to connect the processor. CPU sockets vary from device to device as you move from mainstream CPUs to high-end desktops for gaming or so. The best part about it is that since these pins are not soldered, they are easily replaceable. 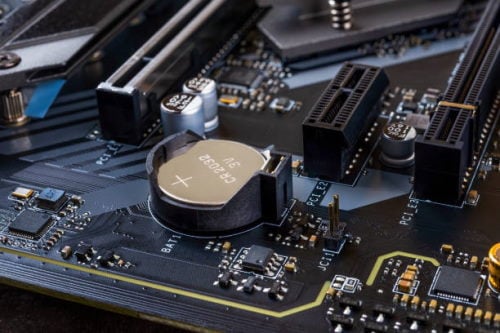 CMOS refers to Complementary Metal Oxide Semiconductor. It is basically a 3.0-volt lithium-ion cell that stores the hardware configuration settings in BIOS. The life span of this battery varies according to the usage and the overall environment of the system. It generally lasts for a couple of years quite comfortably.

This slot consists of the RAM which is an important component for the efficient functioning of a machine. Earlier motherboards had the Single Inline Memory module slots which is a 32-bit BUS.

However, the modern-day motherboards do not make use of the SIMM slot. Instead, they now use the DIMM or the Double Inline Memory module slots. DIMM can be better explained as a double-sided SIMM that is able to provide twice the data provided by a SIMM.

As most of us know is the root that allows us to operate a computer. BIOS simply stands for Basic Input Output System. It is present in the form of a chip that is attached to the motherboard. It holds all the information about the motherboard and further assists to perform start-ups whenever we turn on the computer.

To put it simply, Motherboard is the core part of the computer where all the other important components lie. In other words, we cannot imagine a computer without a motherboard. All six types of Motherboards have been mentioned above.

Through this guide, our intention was to provide you with the basic knowledge about motherboard and its different components. Hence, let us know if it has been helpful, and feel free to comment below for more queries.