The security factor has become the main thing and is the focus on Android. This has been seen since the launch of the first time using the Linux kernel as the initial foundation for building the Android platform. So no wonder the security patch is crucial as Google’s efforts to secure the Android cellphone.

In addition to using the Linux security system, Android also has another security mechanism that is collaborated as an Android security patch to get a stronger mobile operating system platform. Overall the Android operating system is built following strict rules. It aims to allow full isolation between the operating system kernel, system processes and libraries or libraries, and Java Apps.

Every new version of Android that appears must use a kernel that is synchronized with the official Linux kernel. While defects or issues found in the framework or framework previously released will be handled by Google engineers. At the beginning of the process of developing Android, to improve the security system it is usually too late. And during the operating system’s annual release cycle, a large number of security defects have been found. It’s just that there is no clear and definite improvement until the Android version other than the radio is released to the public.

Finally, most of the time is devoted to making improvements that are finally only available in the next Android version and this forces the device to be upgraded to maintain security. Although there are improvements that can be applied to the previous version of the Android operating system, most manufacturers do not update OTA or Over The Air due to very high costs or costs, so this kind of thing is only done on Android devices categorized as flagship only.

Google has tried a lot to find a solution to this problem. Since 2015, Google has released a monthly security bulletin. It also includes information about newly discovered security defects and links to patches that resolve them. This kind of thing is known by lay users as an Android security patch. In practice in the field, Google will usually break available patches into groups in their bulletins, but generally can be categorized as kernel patches by targeting the kernel version which is currently officially supported by Android and system patches that fix problems affecting the entire Android system. Patches for defective security will be available about one month after the discovery of a vulnerability that affects open to the public and will be patched with the next security bulletin. 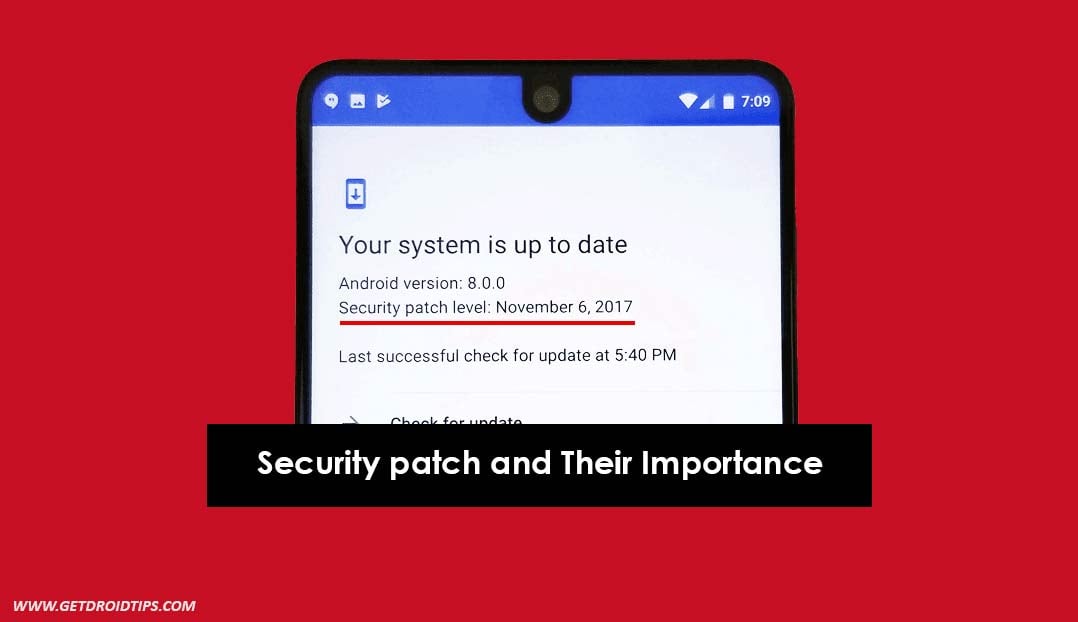 The Importance of Android Security Patch

Google’s security patch includes remote code execution, privilege openness, information disclosure and damage to denial of service services. This type of vulnerability allows attackers to get special access to the device without any interference from the user.

For example, malicious software applications or malware installed on smartphone devices and then opened by victims to steal information or steal credit with premium SMS mode. On the other hand, attacks via Remote Code Execution can occur without the user being aware of it.

Users cannot do anything to protect their devices from the types of security vulnerabilities discussed above unless the Android smartphone device has run the Android version with the latest security patches. In general, Android that runs the latest security patches provide protection from attacks that can steal personal information (including passwords, bank account data, and telephone numbers), which can cause software damage, and spy on victims (through location tracking, recordings). sound etc.).

How to Find the Security Patch version on Android

How you can get the latest security patch

Unless you are a developer yourself, you must rely on other developers or manufacturers to get security patches. Most manufacturers usually have a common code repository for each version of Android, for all devices it supports. This means that inexpensive smartphone devices and high-end Android devices can share code.

Most big names in the world of custom ROMs, such as LineageOS and OmniRom, tend to apply security patches a few days after being launched by Google. You also have to remember that, kernel patches are applied to different devices on each custom ROM. Usually, each device (or a device running on the same SoC) has its own kernel code. It is the responsibility of the device manager to apply kernel patches.

Even though you are sure that you will get the latest patch for the next update, your kernel may still be at risk if it is not in active development. Most custom ROM users have strict rules for this scenario. Devices that use kernels that have not been managed for longer periods of time will be removed from the ‘official device’ list.

For all of them, there are two ways to always run the latest Security Patch on your device, namely:

The second solution seems to be the best because most custom ROM distributions provide monthly updates. And this is more often done than smartphone manufacturers who use stock ROM.

Monthly security updates do not offer any new features, they simply correct system crashes. Some critical flaws may allow a malicious application to control your smartphone. Fortunately, Google explained that there has never been “any information about active exploitation or abuse of these newly reported issues.” Most of the faults were related to the code provided by Qualcomm for its components (processor or modem), but Google corrected such errors and provided users with continuous security.

That’s all you need to know about Android Patch Security. If your device is currently unable to get the latest Security Patch, you must make sure to get it or it’s time to buy the latest Android smartphone device from a trusted manufacturer. This is very important to ensure that the smartphone device you use is free of malware, especially if you often rely on an Android smartphone with a variety of important and sensitive data to support daily work activities.