A fully integrated system wide dark mode is coming with the Android Q, that’s arriving later this year. Sounds interesting, yes an all black interface definitely sounds great to look at, especially with so many benefits like less strain on eyes. And, of course, the battery life. So, let’s begin! 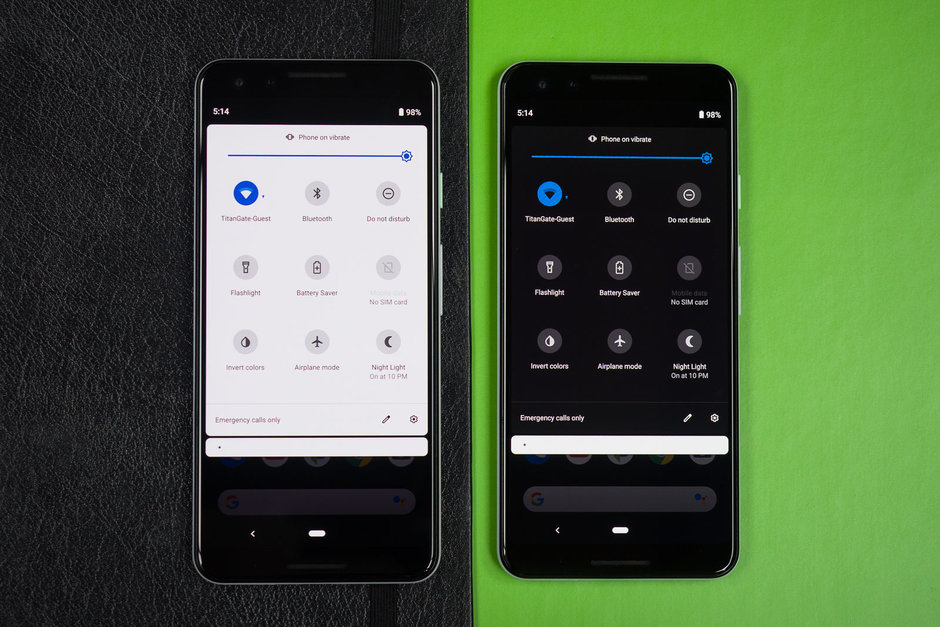 The power saving feature generally applies to the OLED screens devices as these devices use pixels, which are lit individually and the darker the more power saved. And, the black OLED pixels are practically off. So, full changes for battery saver.

The tests were performed on the Google Pixel 3, with an in-built dark mode. To test, the screen brightness was fixed to 200 nits- typically an average value. Now, we switched the default look to dark mode. The Basemark Power Assessment Tool was used for measuring the power used by the device. The real time and logs were noted down.

Now, that the Android Q is not running on Pixel 3, the dark mode had to be stimulated in one way or another. So, where it was possible, we activated the dark mode in-built in the Android Pie 9.0 and where Pie didn’t work, we used the Android invert colors accessible option.

To begin with, we monitored the interface power consumption. We operated the dialer phone book, opened app drawer, set menus, checked call lists, did quick browser researches and did a quick scroll through results. The Pixel was connected to Wi-Fi entire time.

On an average, while browsing the basic apps used 30% power when the dark mode was on. Quite a staggering result, right! Remember, this I’d just an average figure. Yes, when the phone book, which is white screen dominated, used 50% battery on the dark mode is active. This proves the saving potential of the dark mode.

Overall, 20% of power got saved in third-party apps

Yes, people don’t just stare at their app drawer. Most of them spend time using only these apps, which is why we definitely had to measure the power draw change as well with the assumption, the dark mode would affect them as well.

Here’s the verdict, most of the popular apps like Instagram and Facebook don’t have an in-built dark mode, so we used the invert colors trick and stimulated dark mode. This could invert colors to the photos, but not like a real dark mode hence, didn’t have much impact on the test. Some images took more power while some took less, at the end of the day, the difference between the dark and light images was uncertain.

So, what’s the verdict, well we can say at least 14.8% improvement in battery life was noted, especially where no hardware was used. But, this is a rough estimate. Yes, some apps did show high power saving ability, but apps like Facebook, with a white background, did use more than the rest. Yes, in dark mode it did manage to save 20% and Pinterest barely saved 10%, obviously as it uses images a lot.

Now, if you are thinking about why popular apps like YouTube or Google Chrome are not mentioned here, well, it really is no use testing them. It’s obvious, when you use YouTube, more than the app, your video playing consumes battery. As for Chrome, again dark mode would not affect the actual look of the websites, especially after the dark mode, is being tested in the PC Chrome release.

Conclusion: a global dark mode for Android is the demand of the day!

It’s clear now, most of the power used is due to the display light. And, rest is used by white background apps. Then, the apps who prefer showing black text on white background, again power consumption. Hence, a dark mode for Android will enhance the battery life for OLED screens.