In Civilization VI, players have VI different ways to attain victory, along with multiple options when they start the game. For newcomers to this popular game, the ‘Path of Science’ is the most efficient way of winning. This is especially applicable for players who have chosen Seondeok of Korea. Introduced during the Rise and Fall expansion, the Seondeok of Korea represents the purest Science-based civilization in the entire game.

It is best for players to focus on their technology tree when opting to go with the Path of Science and make their way through the game, all the while being prepped for space travel. The ‘Great Scientists’ also dedicated to making progress in Science and technology. Naturally, they should also be incorporated into the big plan. In Civilization VI, there are great scientists from each era having their own powerful skills. This means selecting the best Great Scientists is important and can make all the difference in winning.

In this guide, we will cover the Best Great Scientists that players should select in order to take over the realm of Science. 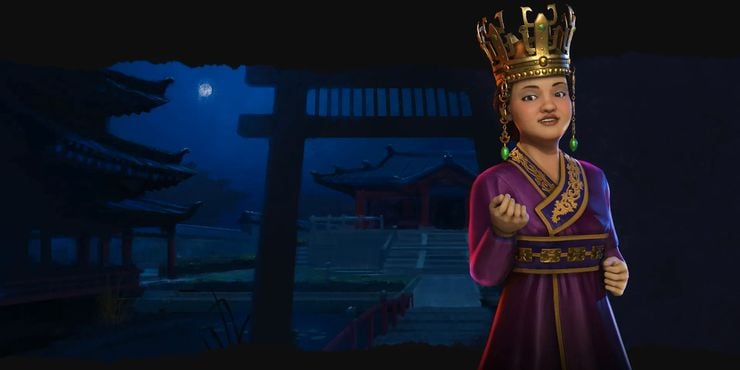 Kicking off this list is Hypatia. She is one of the first Great Scientists players will encounter during the Classical Era. Hypatia’s special ability is to be able to instantly build libraries in a district and add +1 to Science to existing libraries or new ones. Players can save a bit of cost here on an empty campus by using Hypatia to make a new library.

Players who are in the Renaissance Era, Isaac Newton is the best Great Scientist to keep an eye out for. Isaac Newton’s special ability allows players to develop a library instantly along with a University in a district. Also, he matches well with Hypatia!

Players will also get +2 Science to all existing Universities or new ones. Just like Hypatia, Isaac Newton is very useful for players since they get +2 Science for each University that is built in the game. Having both Hypatia and Isaac Newton makes players much stronger in generating Science compared to others. Players can save a bit of cost here by using Isaac Newton on a new campus.

Experience players will agree that having Hypatia and Isaac Newton makes for a powerful force for Science owing to their special abilities. There are a few more characters that can also qualify to match against them, only if put to use under the correct situations.

In the Atomic Era, players will get access to Mary Leaky. For each artifact in the city, players get a whopping 350 for Science. Also, players get 300% more traffic for artifacts placed across the player’s cities. Mary Leaky may not be useful for everyone, but England players should make the best out of her as its Archaeological Museums have 6 slots each.

Albert Einstein is another good choice, even if he is not as powerful as the others on this list. Players can access Albert Einstein during the Modern Era and receive +4 Science for each University. Additionally, players also get a random technology during the Eureka moment. The Eureka moments are crucial to setting groundbreaking events that can improve the technology.

In this guide, we have covered some of the best Great Scientists in Civilization VI. We hope you find this guide helpful. Check out our Windows Guides, Games, Social Media, iPhone Tips and Tricks, and Android Tips and Tricks for more. Subscribe to our YouTube Channel to participate in our $150 giveaway. However, if you find any queries or feedback, do comment down below with your name and e-mail ID, and we will respond shortly. Thank you.