Strategy games are one of the most popular genres out there. Over the years, strategy games have witnessed a lot of evolution with time but they still remain one of the most played genres. The very essence of strategy games is that it requires a lot of planning and you have to be thoughtful to do well in the long run. This is something that makes it very exciting for the players who try out the game. Moreover, research showed that players playing games such as Starcraft showed better cognitive ability than others. That itself speaks volumes about the fact that strategy games require a lot of brainstorming.

Civilization VI is one of the most popular turn-based 4X strategy games out there. For those who are unaware, 4X is a sub-genre of the strategy games which involves building an empire. It stands for “eXplore, eXpand, eXploit, and eXterminate”. Civilization VI is developed by Firaxis Games and published by 2K Games. The game adds a ton of new features such as new civilizations as well as new leaders and staff for the existing civilizations. The game recently went free on the Epic Games Store and has witnessed an exponential rise in the player base ever since. 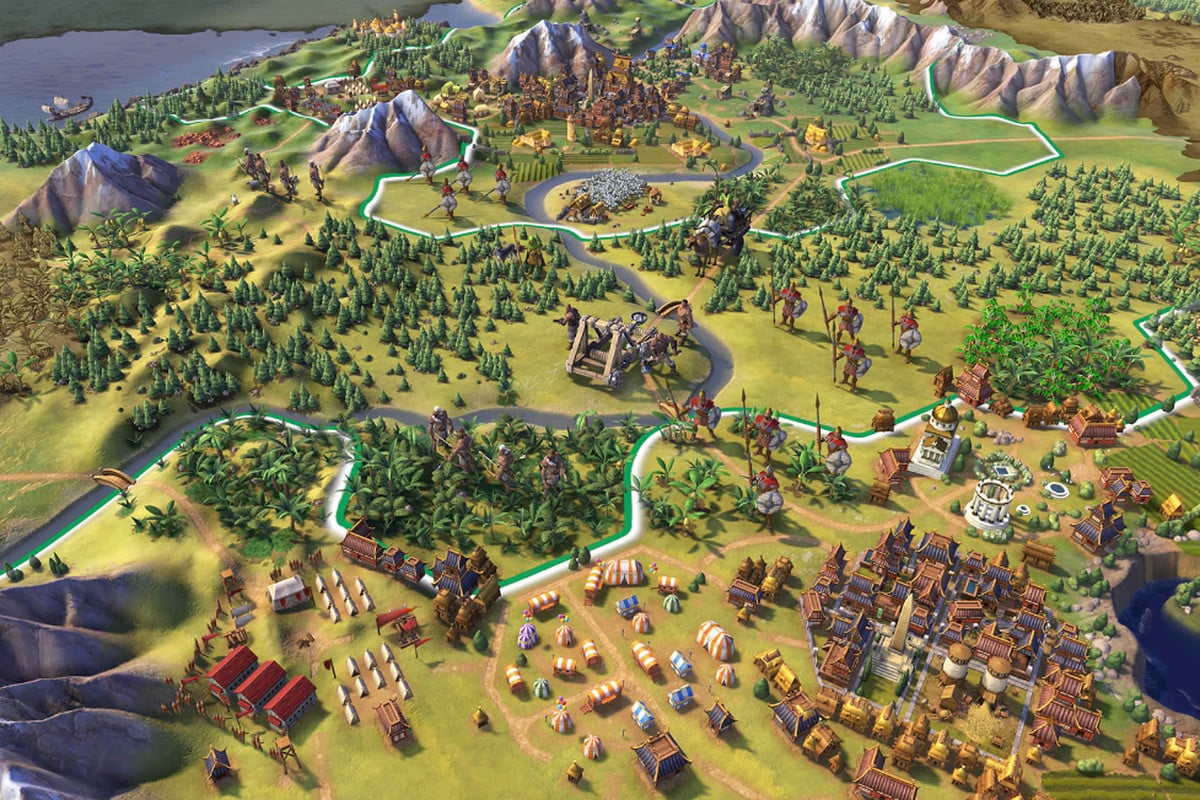 One of the most important questions players ask about the game is the fact that whether the game supports cross-play and cross saves. Cross-play is the ability to play with players that are not on the same platform as you. Playing with your friends is a pretty fun aspect of the game and many players look forward to the same. However, one might be wondering is whether Civilization VI actually supports that feature over different platforms. Unfortunately, it doesn’t. If your friends are on different platforms, you can not play with them. That being said, if you own the game on Steam and are playing on PC via that while your friend is on Epic Games Store or vice versa, you will be able to play with them. This is known as Unified PC play. However, when it comes to other platforms you cannot do the same and play with your friends.

It might be that you own multiple copies of the game and wish to transfer your progress. That is, if you own the game in Xbox as well as PC, and would like to carry over your progress from the Xbox version to the PC version of the game. Well if you are looking to do that, the good news is that it is possible. However, there is a catch. While cross-saves are enabled for all platforms, it doesn’t work for PS4. That might be because of the fact that Sony isn’t very lenient when it comes to these things especially given the fact that the game is on Xbox as well. While Sony is gradually opening up to cross-platform support, there are still many limitations to it. So if you wish to transfer your progress from PS4 to other platforms, it is not possible.

If you are wondering how you can set up cross-platform saves, don’t worry it is pretty easy. First of all you need to start the game and login with your 2k Account. Make sure you are using the same account on all platforms or this won’t work. Next head on the in-game settings and select Multi-Platform Cloud Save. That’s all you need to do. Your progress will now automatically carry over to different platforms.

That’s all you need to know about cross-play and cross-saves in Civilization VI. If you need any other help regarding the game or any other game out there do let us know in the comments section below and we will be happy to help you out.