In the present year, some of the big smartphones have arrived in the market. Every manufacturer has tried their best and their aim is to attract large and large audience. There are many who become successful up to a great extent. Actually, something that is becoming one of the major factors to the success of many manufacturers is their attention towards building a phone with a specific specialization. Yes, that’s true. A lot of manufacturers have started manufacturing smartphones with full attention on a specific feature that is widely demanded. For example, Xiaomi has realized that there are many game freaks in the world and they love enjoying games on a smartphone. This is exactly what that makes them launch Xiaomi Black Shark 2 which is actually the successor of Black Shark launched by them last year. Check the details about the common Xiaomi Black Shark 2 problems below.

If you are looking to own a smartphone which is good in gaming, this is exactly what you can trust and purchase. There will be no chances for you to worry about the decision you made. This is because Xiaomi Black Shark 2 is a perfect gadget. Meant specifically for gaming, this phone comes with amazing hardware configuration and has been designed to perform well in all the aspects. However, it has been powered by Android. This means there are chances depending on your usage about facing the common issues. Well, they are not much complex to deal with. Here are the facts and information about the common Xiaomi Black Shark 2 problems you need to keep in your mind. 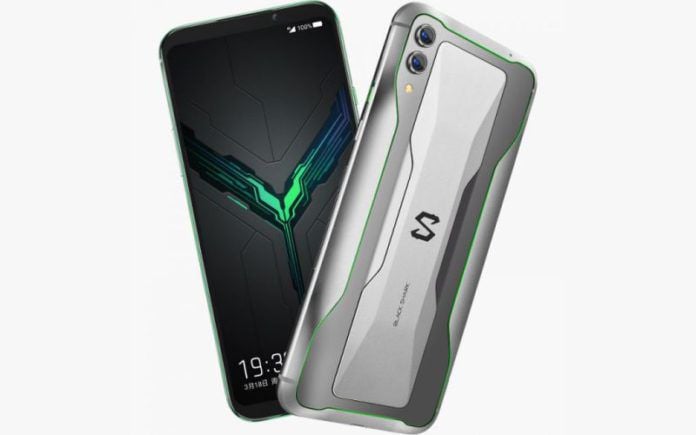 What kind of issues this phone can suffer?

You first need to keep this thing in your mind that this gadget is not having those major problems associated with it which you might be thinking right now. The problems are actually associated with the Android technology and not with the phone itself. There are almost no users who repaired about any problem in the predecessor of this phone i.e. Xiaomi Black Shark. Thus, there is nothing to worry as Black Shark 2 is much better than its first version. The problems you can face are mostly related with the software domain and they usually arrive just because the phone may not find compatibility with the games or with some specific apps. There are other factors as well that contribute in bringing those common issues.

The good thing is you can troubleshoot them without making a lot of efforts. It is therefore, a good decision to buy this phone without worrying. Check out the solutions to the common Xiaomi Black Shark 2 problems below.

The problems are necessary to be eliminated properly and with full attention from the phone. Else, they may arrive again at a later stage and affect your experience. It has been seen that many users while avoiding the common problems from their phone apply some random methods than following a specific guide. This is the reason they have to face many other problems in the phone. It is because of this reason, you need to keep this thing in mind that when you are following this guide, it’s necessary to follow it properly and carefully. Read the method carefully before you apply it and do exactly what that is instructed. If any problem arrives due to not following such a practice, www.getdroidtips.com cannot be held responsible for the same. Go ahead now and read the more about the common Xiaomi Black Shark 2 problems and their fixes.

The methods that can help you to deal with these problems are mentioned below.

If the problems are there in your device even after following this guide, we recommend you to contact the official support. If more information is needed regarding the common Xiaomi Black Shark 2 problems, post a comment below.