Cookie Clicker is an incremental web browser game that Orteil first introduced. This game’s main objective is to produce or create cookies by simply clicking on the Big Cookie and buying buildings to have as many as possible. In this following post, we will provide you with a complete cookie clicker ascension guide, which will help you understand and further allow you to play the game.

Before discussing when you can ascend, let’s first understand what exactly ascension is. Ascension in Cookie Clicker is a common term, and it is a procedure to gain prestige level in the game. Here, you lose most of your progress, but at the same time, you can again start from the original point with some specific bonuses. 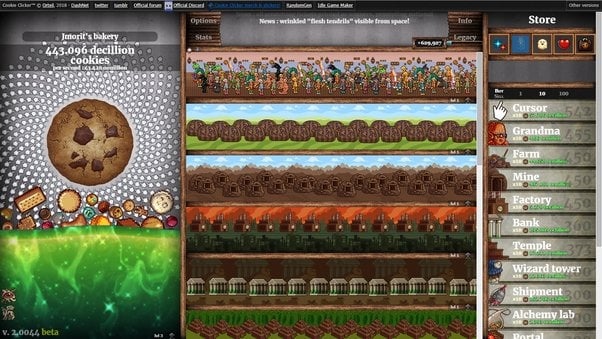 In Cookie Clicker, when you ascend the first time, you need to click on the Legacy button near the top of your device screen. Once you select the option, you must confirm to go through the ascension.

When you choose to ascend, you will lose the following things, which include

But, no need to worry! Your achievements will always stay with your account, and you don’t have to make an extra effort to earn them all again.

You can choose to ascend as soon as you bake one trillion cookies. Only after that you will see the Ascend option appearing on the menu.

But, remember that this does not mean you need to ascend as quickly as possible. Perform ascension whenever you think it fits your Cookie Clicker game plan. You can ascend as many times as you have the cookies required to perform ascension. The game will never restrict or stop you from ascending if you meet the requirement.

Cookie Clicker Ascension provides mainly two benefits: the first one is prestige bounces, and the second is heavenly chips.

Every single Prestige level will add 1 per cent to your total cookie production per second. So, suppose, if you have 50 prestige levels, you have a 50 per cent bonus. At this point, remember that prestige bonuses could only be used via upgrades.

Heavenly chips are nothing but a currency you use to purchase upgrades that lets you activate your prestige bonus or golden changes.

Rewards You Will Get from Ascension

When you go for ascension, you will receive a number of heavenly chips, which includes

So, you would get 90 heavenly chips when you go for ascension.

Now, if you want to wait and get more, the following is another set of heavenly upgrades that you can earn.

So, in total, you would get 440 heavenly chips.

Now I hope you know the numbers of heavenly chips, you would get on ascension. Let’s move forward to know when you can ascend in the Cookie Clicker game.

Now that we know what ascension is, the criteria, and the reasons, let’s now move forward in the cookie-clicker ascension guide.

One of the most challenging steps is deciding the timing of ascension in the Cookie Clicker game.

If you ascend fast in Cookie Clicker, you start accumulating prestige level bonuses and heavenly upgrades. These will increase your CPS a little faster than its natural speed.

However, beginning the game again from the starting point will immediately slow down the production of your cookie. So, you need to find the balance between your cookie production boom and timing. You should not wait for a longer period than would miss out on your chances to earn bonuses.

If You Wait to Ascend

Many players wait for their first ascension for a very long time. We suggest you to wait until you reach 2337 prestige levels before ascending for the first time in the Cookie Clicker game. You can earn a dozen top-quality upgrades and see a significant boost.

When you purchase upgrades, try to get heavenly upgrades that increase your CPS by 10 per cent. In the recent versions of the game, you can boost your production, making it easier to reach ascension levels. It is also considered late-game ascension levels. 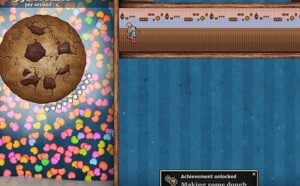 It’s time to provide you with the ultimate cookie clicker ascension guide that you need to follow this year, i.e. 2022, which would help you to enjoy the game more.

Here are some easy steps to help you create an ascension strategy while playing the Cookie Clicker game.

Once you clearly understand which upgrades you want, you can create your ascension strategy that would suit your style of playing the Cookie Clicker game.

Now that we have reached the end of today’s discussion on cookie clicker ascension guide 2022, before ending the article, I will provide answers to some common but important questions that you might be asked.

Ans: No, you shouldn’t ascend as soon as the option of ascension arrives on your device screen.

Q. How Many Heavenly Chips Should I Need To Have Before Going For Ascension?

Q. What Do You Need To Keep when You Ascend In A Cookie Clicker?

Ans: When you go for ascension, you keep your prestige upgrades and the purchases you made with heavenly chips. Moreover, you also keep your achievements. Besides, everything else will be gone, and you can’t access them when you start a new game.