The popular game franchise that captivated players first on the PlayStation 2 is now on PS4! In the 2020 release of Destroy All Humans on PS4, we are introduced to all new trophies and achievements waiting to be unlocked. But for the sake of the long-time fans of the classic Destroy All Humans games, the developers made sure to maintain the game’s originality. This means that even the new release, which came out only a few weeks ago, contains similar stories and missions with the first instalment of the game from 15 years ago.

However, with new trophies and achievements come new challenges. And sometimes, these challenges may prove too strenuous for many players to overcome. We believe the fun in any game is in how much progress a player can make comfortably without having the urge to smash their console against a wall. Therefore, to prevent players’ levels of frustration from reaching a crescendo, we have created this short guide to snatching the Pyrokinesis trophy into your trophy cabinet successfully.

How to obtain the Pyrokinesis Trophy Achievement – Destroy All Humans

The description of this trophy, as given in the game is “Set something on fire, then use it to destroy a hapless human.” Sounds bone-chilling, we know, but I think the title of the game already says it all. If you’re playing Destroy All Human, then you have to destroy humans.

So to unlock this achievement, you would first need to have the Disintegrator Ray in your possession. After acquiring it, return to Rockwell or Turnipseed Farm, and look around either area for a bale of hay. When you find it, shoot the bale of hay with the Disintegrator Ray. This would set the bale on fire. Grab the burning bundle, and kill a human with it. Do this successfully, and the Pyrokinesis trophy is yours. 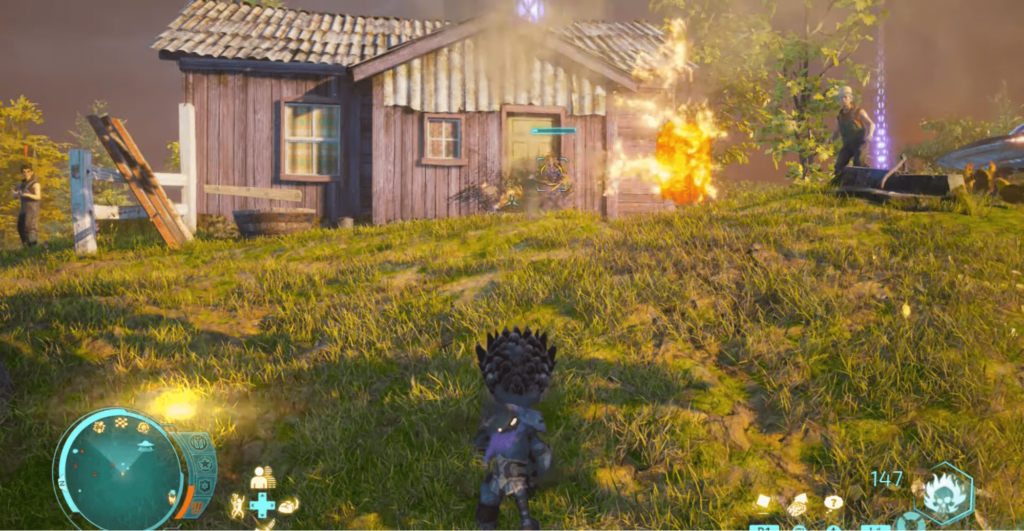 We hope this guide helps you incinerate a human with ease, and earns you that Pyrokinesis Trophy. Remember that this trophy might be a miscellaneous one, but is still necessary if you’re serious about attaining Platinum. Have fun, and drop your comments below!