Disintegration is the newest first-person shooting game on the block. Making its way onto Microsoft Windows, Playstation 4, and Xbox One platform, Disintegration seems like a really interesting shooter game. What makes it stand out among others is its wonderful blend of real-time strategy. Here, players take on the first-person perspective through the character of Romer Shoal.

Naturally, this is where things start to go wrong. And it is up to Romer Shoal and his fellow mates to do what’s right. We’re not going to spoil it for anyone, so you just have to check out Disintegration to find out what truly lays ahead. 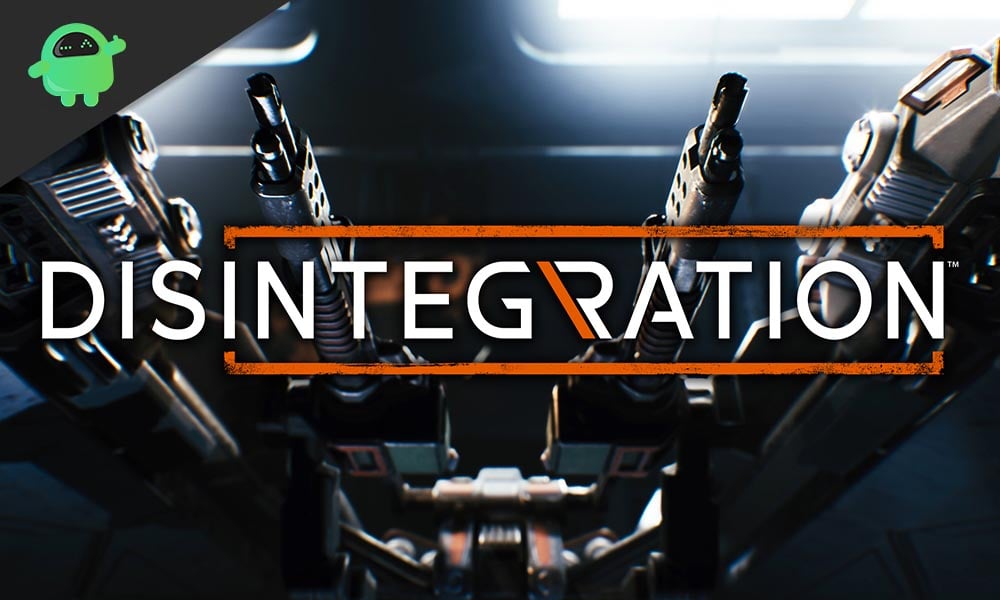 How long or lengthy is the Disintegration game?

As the pilot of a Gravcycle, players will find themselves set in scientific-future where the earth no longer has any real humans left. Well, there are, but very few. Over the past century, the earth has been completely changed due to severe climatic change. In order to cope up with the change, the humankind figured out a way to temporarily become part-robot through a process called ‘Integration.’

Going through each one and finishing the campaign mode of Disintegration varies based on difficulty. All those who want to know just how long that might take, well, you’re at the right place. In this guide, we will go through a mix of gameplay that will give you a better idea of just how long Disintegration might take.

Before we find out exactly how long Disintegration would take, we need to look over its various game modes. Which means before players can start their games, they need to decide from any of the following difficulty modes:

These modes follow a simple easy-t0-difficult play mode, with Story Mode being the easiest and Outlaw Mode being the most difficult. Don’t worry, and we’ve gone straight into Recruit Mode and Maverick Mode to figure out approximately how long the Disintegration single-player campaign mode would take for a moderate level player.

If players opt for the Recruit Mode difficulty in Disintegration, they can expect to spend anywhere between 30 to 45 minutes to complete each mission. The time taken for players to do a little bit of extra exploration on the planet for additional chips or salvage equipment has also been included in this time span.

As mentioned above, in Disintegration, there are 12 chapters in its single-player campaign mode. So, finishing them during the first try can take a player anywhere between six and nine hours to complete.

Naturally, for players who are only keen on completing the missions won’t take this long. Without sparing any extra time for exploration or salvage quests, it will take much lesser time. Similarly, those who do take on exploration will find themselves spending more time than our estimated time span.

Now, for players who opt for the Maverick Mode difficulty in Disintegration, will find themselves spending more time on each mission. If a moderate level player might take up to 45 minutes on Recruit Mode, they will spend close to 60 minutes here. Even though the time difference on each mission is between 10 to 20 minutes, those precious do count for the effort to be put in. As surviving each mission without dying is no easy feat.  In Maverick difficulty mode, players will find themselves facing off against large mobs of enemies and even with some serious heavy-weight boss contenders that really put a player’s skills to the ultimate test.

So, take the average time into account and the 12 chapters in Disintegration. Players can expect to spend up to 12 hours to complete the single-player campaign mode. As mentioned earlier, this is only an average time span. It is bound to increase or decrease based on a player’s skill and the time they devote to exploring the planet.

First-timers can opt for the Story Mode difficulty in Disintegration to get a feel of what to expect. It is the easiest mode in the game. Players are intended to casually learn and enjoy the game’s storyline without any difficulty. On the other hand, Outlaw Mode is something on an entirely different level. Based on average playthroughs from various gamers, players can expect to take a couple of breaks before making some serious progress. But hang in there, you’ll make it!

This concludes our guide on how long it would take to successfully complete the Disintegration game. We hope this helps, check out  Windows Guides, Gaming Guides, Social Media, iPhone Guides, and Android Guides for more great content. Subscribing to our YouTube Channel can help you win our $150 giveaway contest. If you have any queries or feedback, comment down below with your name along with e-mail ID, and we will reply shortly. Good Luck!