To keep your device safe and secure, you might have applied a Pin or Password. Granted these are nifty security measures, but they are not the strongest ones. And in an open-source operating system, the dangers are constantly looming. The repercussions as to what might happen in case your data goes into the wrong hands are quite scary. Even if you don’t store very sensitive or crucial information on your devices, just getting access to your Gmail, Contacts, or Messages is inviting trouble. Therefore, one of the strongest measures in this regard is to encrypt your Android device.

This functionality was introduced by Google way back in Android 2.3 Gingerbread. And beginning with Android 5.0 and later, near about all the Android devices are encrypted out of the box. But rather than generalizing this notion that it might already be enabled, we will first list out the steps to check if your device is encrypted or not. If that is not the case, then the next section will help you encrypt your Android device right away. But first of all, let’s check out what is encryption. Let’s begin. 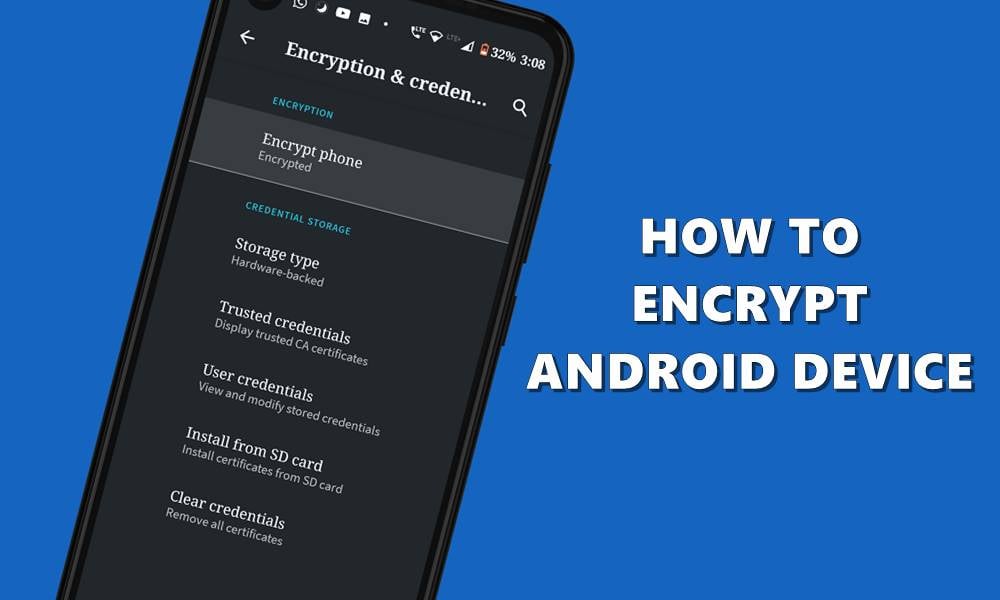 What is an Encryption

Encryption, whether in Android or otherwise, refers to the process of converting the normal pieces of data into an unreadable format. This makes the data non-identifiable for normal users. Even if someone gets ahold of these data, they will only see scrambled letters, numbers, and symbols. Until and unless the data gets decrypted using the correct approach, these data remain in a non-readable and non-understandable format.

Furthermore, to make this encryption more secure, it is highly recommended to apply a PIN or password. Until and unless anyone knows this PIN, they won’t be able to even start the decryption process in the first place. Although beginning with Android 5.1 Lollipop using PIN or Password is no longer compulsory but we would anyways recommend you to enable the same. Now, before we give you the steps to encrypt your Android phone, here are a few things to keep in mind.

Remember these Points before Encrypting your Android Device

These are all that you should keep in mind. Now as already mentioned, most of the Android devices nowadays are already encrypted. Here is how to check the same:

Check if your Android Device is Encrypted or not 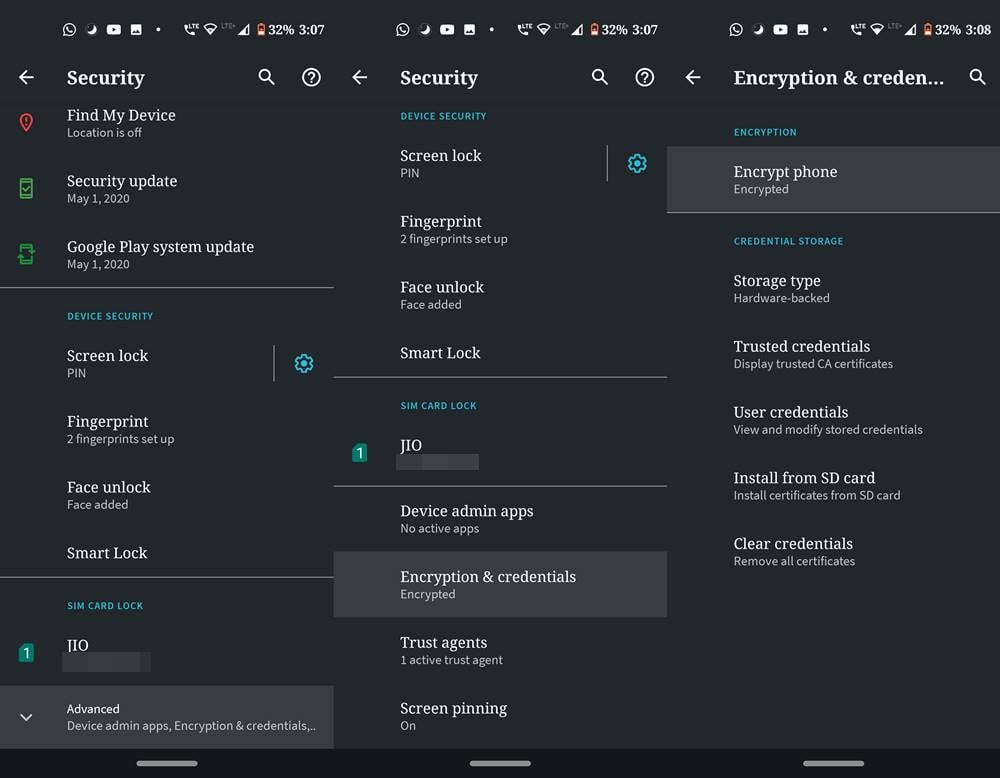 How to Encrypt an Android device

If your device is running Android 4.4 or any lower versions, then chances are it might not be encrypted. Some other devices having a higher Android version might also suffer this fate. If that’s the case, then it’s time to encrypt your device right away. Follow the below steps:

The entire process might take some time, depending on the device’s capabilities and the size of the data being encrypted. Your device might also reboot many times during the process. This is completely normal. Once the process is complete, your device will reboot a final time. Do keep in mind that when an encrypted device reboots, it won’t take in your fingerprint on the first boot. This is done from the security point of view. To unlock after a device reboot, you will have to use an alternative unlock method, like a PIN or password. After the first unlock, you could continue to use fingerprint unlock functionality. This happens every time after an encrypted device reboots, irrespective of the Android version.

So this was all from this guide on how to encrypt an Android device. Having any doubts about any part of the process? Let us know in the comments section. And if you are impressed with this device-security tip, we have plenty more such tips and tricks lined up for various platforms. Do check out our iPhone Tips and Tricks, PC tips and tricks, and Android Tips and Trick section as well.