Let’s check out how to farm infinite emeralds and XP easily, even while AFK in Minecraft Dungeons. The spin-off to the highly popular sandbox game, Minecraft Dungeons, has managed to live up to the expectations. Rather than following an open-world platform, it takes into account an isometric perspective. The landscape is filled with procedurally generated dungeons that have some deadly monster and traps but at the same time, it also offers some great rewards in the form of loot.

To buy new gears or for leveling up, XPs and emerald play a pretty important role. Couple it with purchasing future DLC packs, and its importance doubles. However, the thing is harvesting both of them is a pretty time-consuming process. In this regard, this guide will come in handy. Today we will show you how to farm emeralds and XP pretty quick and in a straight forward manner in Minecraft Dungeons. This will help you farming both these components at a faster rate, even while AFK. So without further ado, let’s check out the steps. 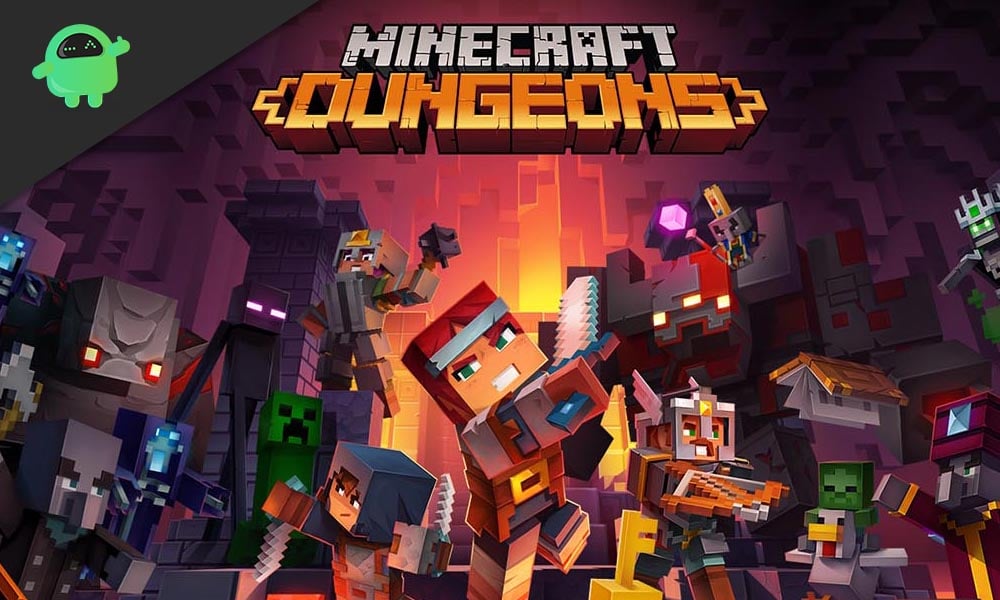 How to farm Infinite Emeralds and XP in Minecraft Dungeons

Well, finding these emeralds and XP is quite an easy process. You just have to make full use of these three things, enchantments that are capable of using artifacts, areas where the enemies infinitely spawn themselves until the requirements to move forward are met, and the companions. Let’s now check out all these three things in detail.

For the gears, what weapons you end up choosing isn’t much of a concern, but the armors and artifacts are. In this regard, try and choose the heaviest of armor that you get, which not also could survive loads of attacks, but also is defensively strong enough. To put forward, you should consider using the Plate Armor and the Reinforced Mail. They will also work wonders in our quest to farm infinite emeralds and XP. This is due to its 35% damage reduction, 30% chance to negate the attacks, and 100% longer cooldown.

Although wearing these armors causes some difficulty in rolling or dashing forward, but for this task, we wouldn’t be required to do such things. Furthermore, they also have their unique variants (the Full Metal Armor and the Stalwart Armor), but again that is not needed for this purpose (i.e for farming). The basic ones that we have as of now should be enough to do the job.

Artifacts are an extremely important aspect of the game and the fights in particular. Incase of farming of infinite emeralds and XP, the artifacts used for healing purposes should come in handy. In other words, you should look forward to the Totem of Regeneration. Not only it is easier to get and setup but proves to be more reliable as well.

Although it doesn’t give you health instantaneously and is rather regenerative, anyways, a pretty handy one nevertheless. Why we aren’t recommending the Soul healer is due to its couple of downsides. The most important one being it doesn’t always heal you, but will heal the most injured member of your team. 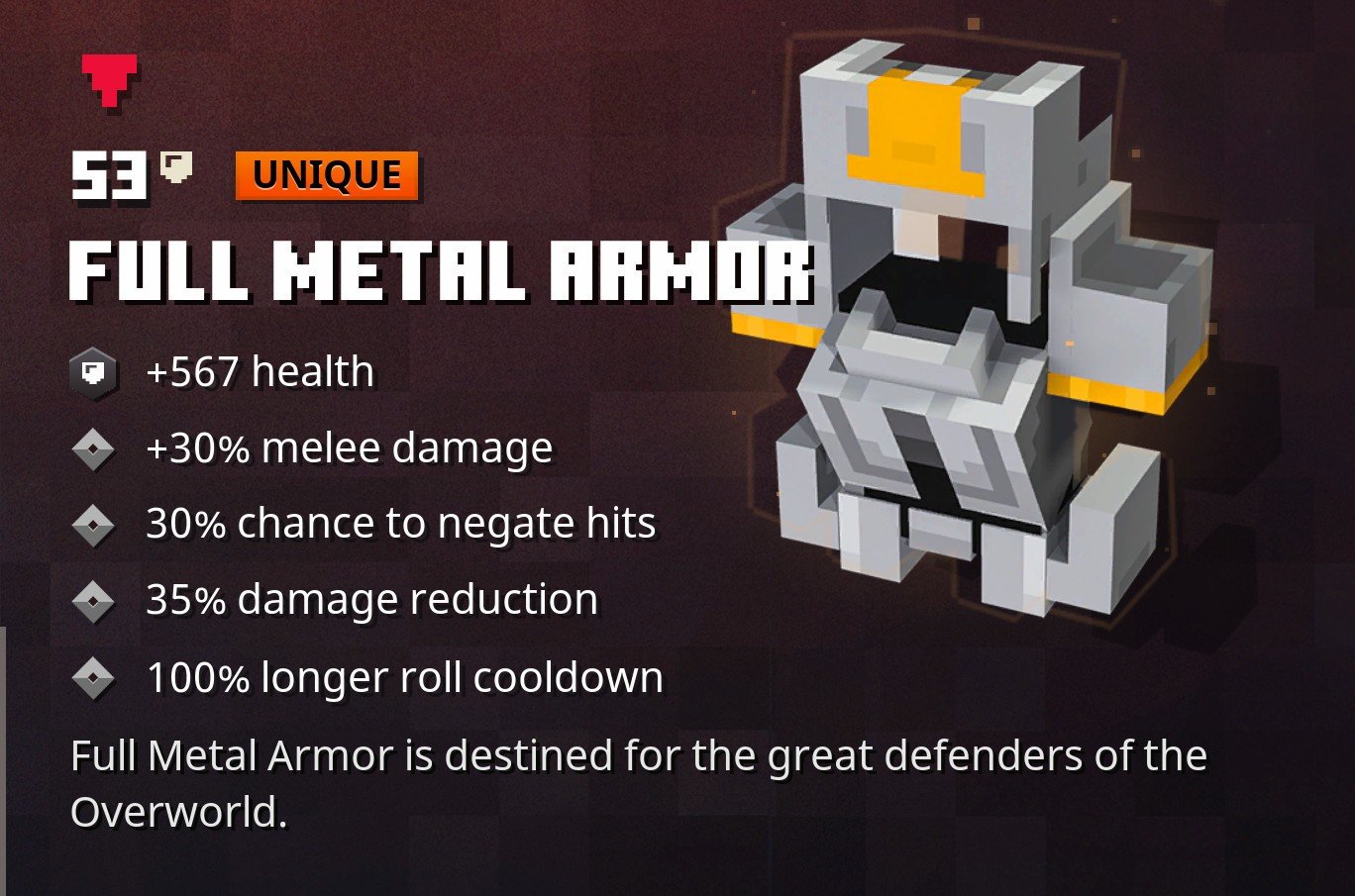 As for the other two artifacts, well consider filling these slots with companions. This way while you are busy with other tasks, they will take it upon themselves and kill off the enemies. And it will be even better if these companions are melee-focused. You may include the wolf or the iron golem in this case. These could furthermore be summoned by the Tasty Bone and the Golem Kits. If you were to take my opinion, I would go for the Golem Kits.

If you are constantly healing the wolves then you could go for the Tasty Bone, but for this quest, we guess that wouldn’t be the case. Now come the third slot and our second companion that will fill it. We would go ahead with the tanged companion. Who better to fit in this description than the Ilama which you could summon using the Wonderful Wheat artifact. These Ilama will help you out in killing off the enemies at a much faster rate. 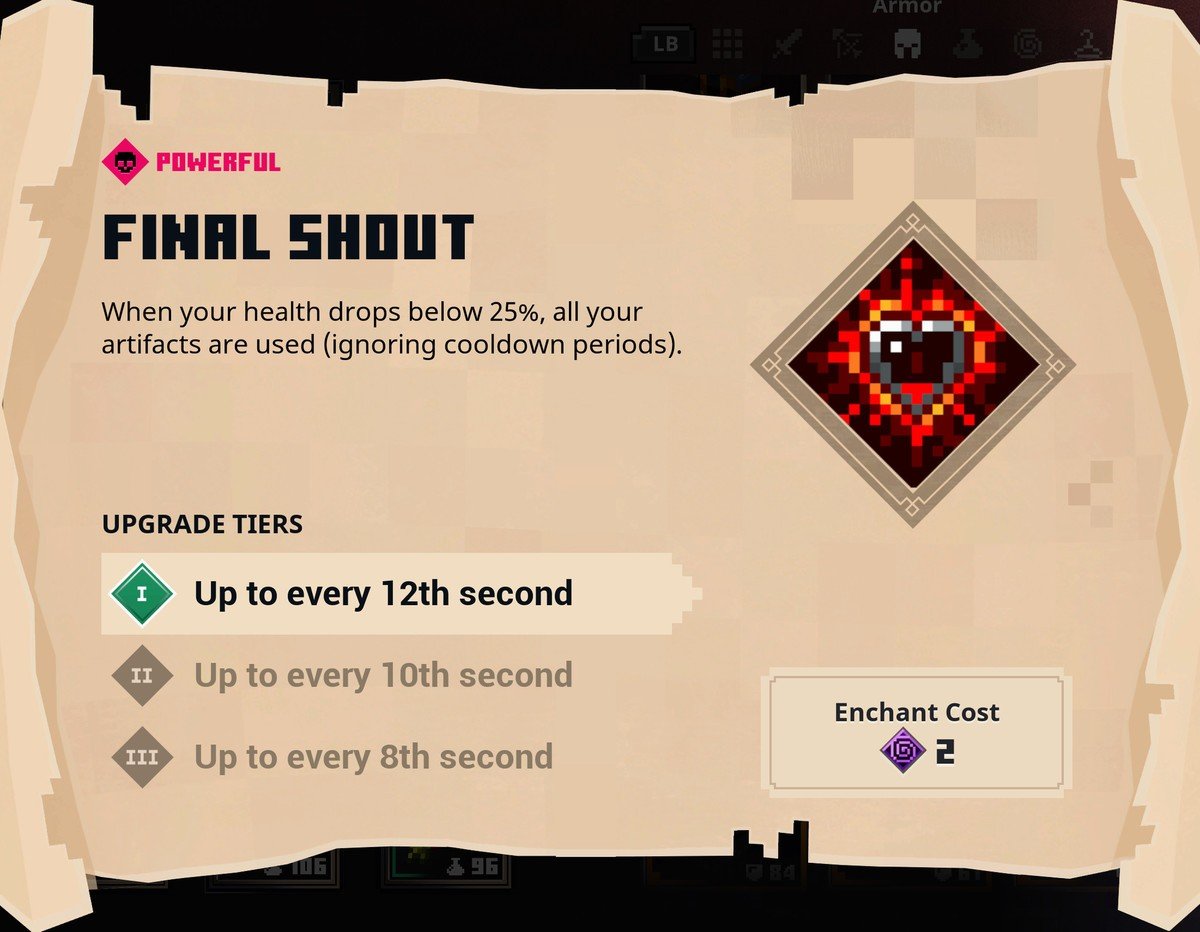 The first one is the Final Shout. Don’t count it as a recommended one but rather a compulsory one. As and when your health falls below the 25% mark, all the enchantment will be used at that instance itself, it doesn’t matter what the cooldown level is. This goes a great length in keeping you alive, hence we suggested to keep it as a compulsory one, rather than the optional. 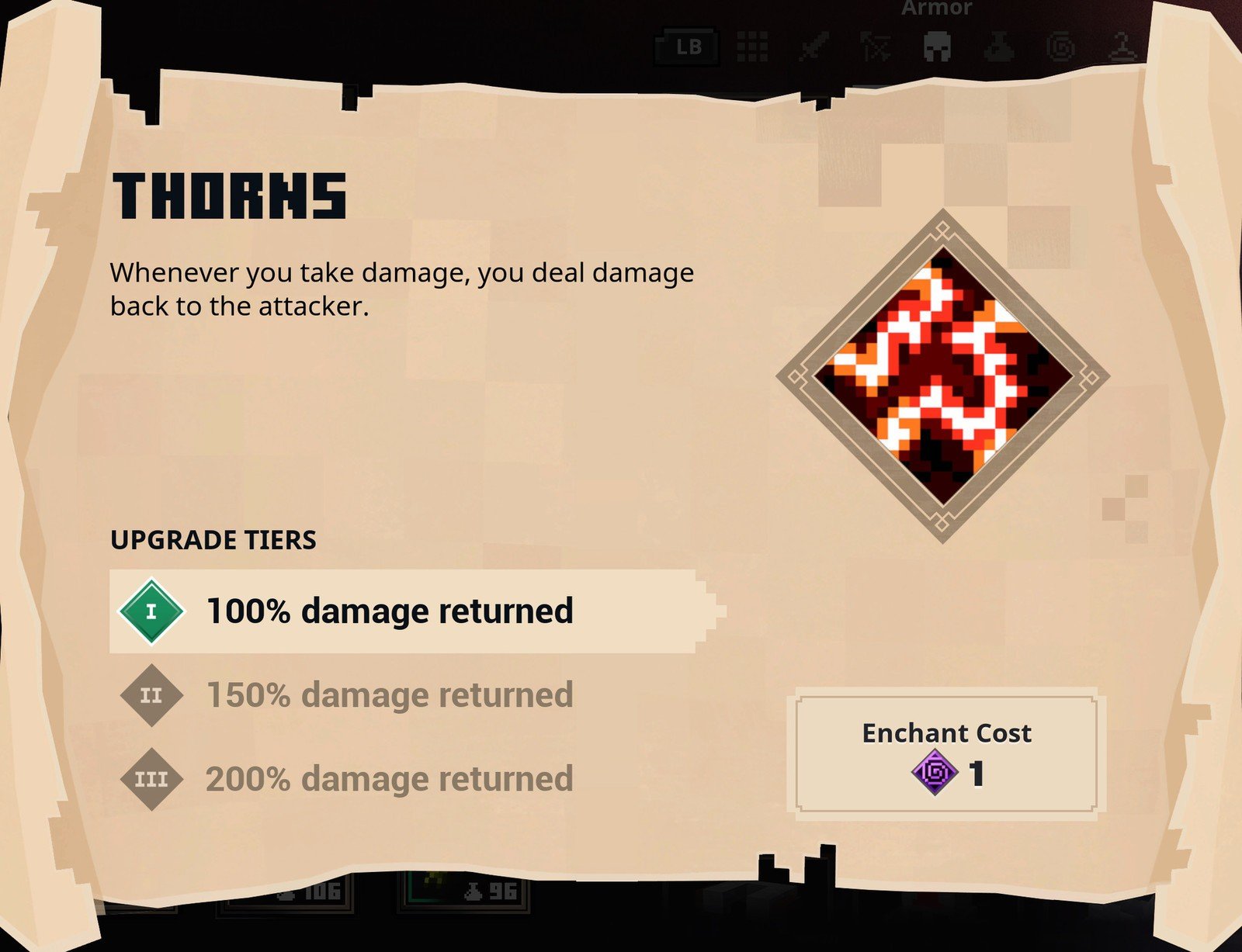 But the other two could be counted as optional ones. In this regard, the first one could be the Thorns, which returns an impressive 200% damage as soon as an enemy attacks you. Furthermore, it doesn’t even require to attack or move to inflict damage to the enemies, hence calling for a perfect pairing with the Final Shout. 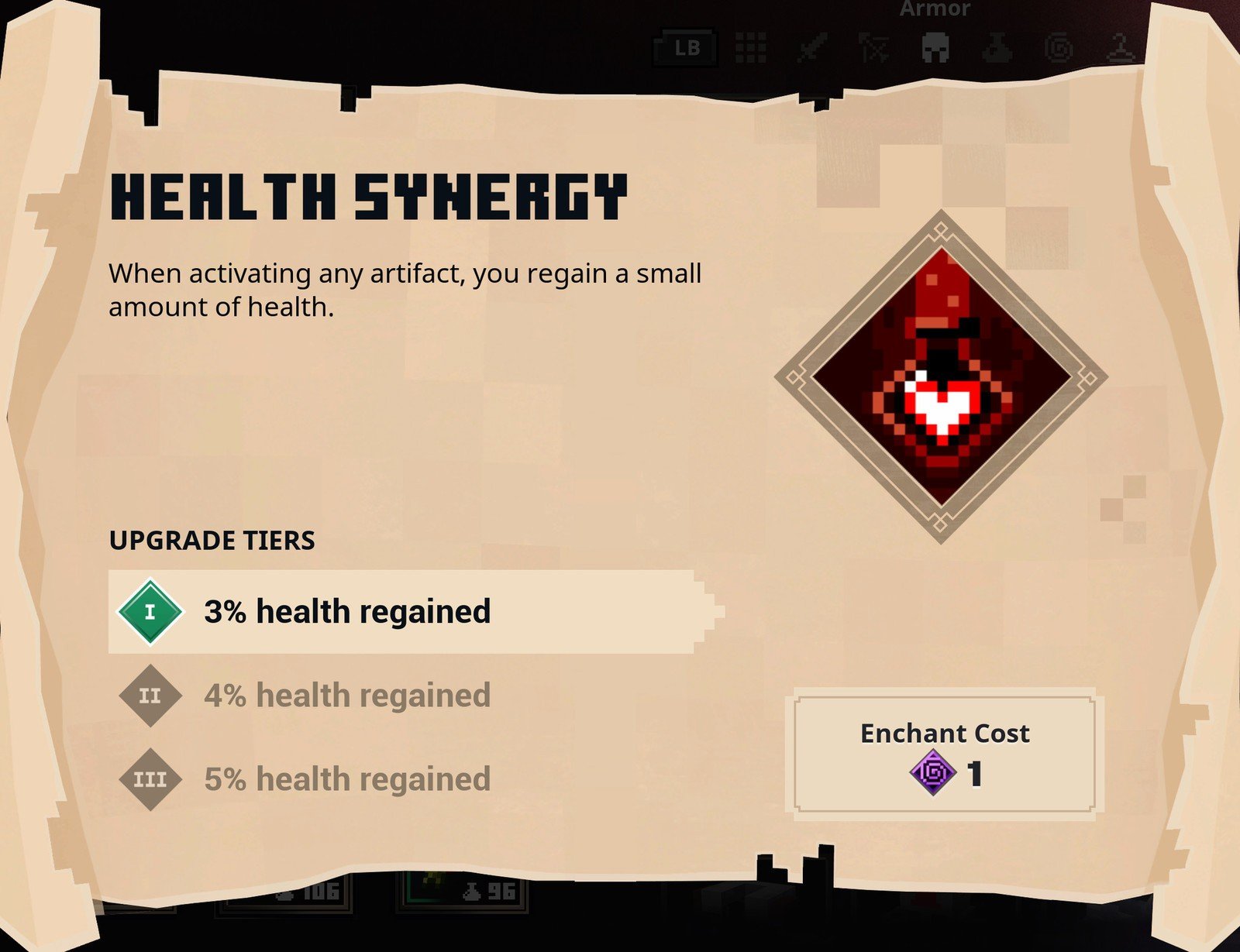 The third and final enchantment should be Health Synergy. For the unawares, this heals up to 5% of your health for each of the artifacts you use. This also goes a great length in keeping you alive for a little longer.

Now that you are aware of the artifacts, enchantments, and the gears, here is how to farm infinite emeralds and XP in Minecraft Dungeons.

So with this, we conclude the guide on how to farm for infinite emeralds and XP easily, even while AFK in Minecraft Dungeons. Having any queries? Drop them in the comments section below. Rounding off, don’t forget to check out our iPhone Tips and Tricks, PC tips and tricks, and Android Tips and Trick section.