One of the expected reasons to fix iPhone 11 that won’t turn on after the new iOS version update can be the battery is defected or dead, unfortunately. Some times, your iPhone battery life cycle or health may get decreased hugely for some unknown reasons. But if we tell you that your iPhone is having an issue with the latest software upgrade or new iOS version, will you believe that? Well, the older iPhone users may not believe that. But for the newer series of iPhones like the iPhone 11 series, the answer will be yes!

As usual, most of the smartphones may have some battery or software-related issues and most of the users always reboot their devices to run the device normally again. But what you will do if your iPhone won’t boot after upgrading to the new iOS version. So, there are some of the steps are available that you can use on your iPhone to fix the issue. 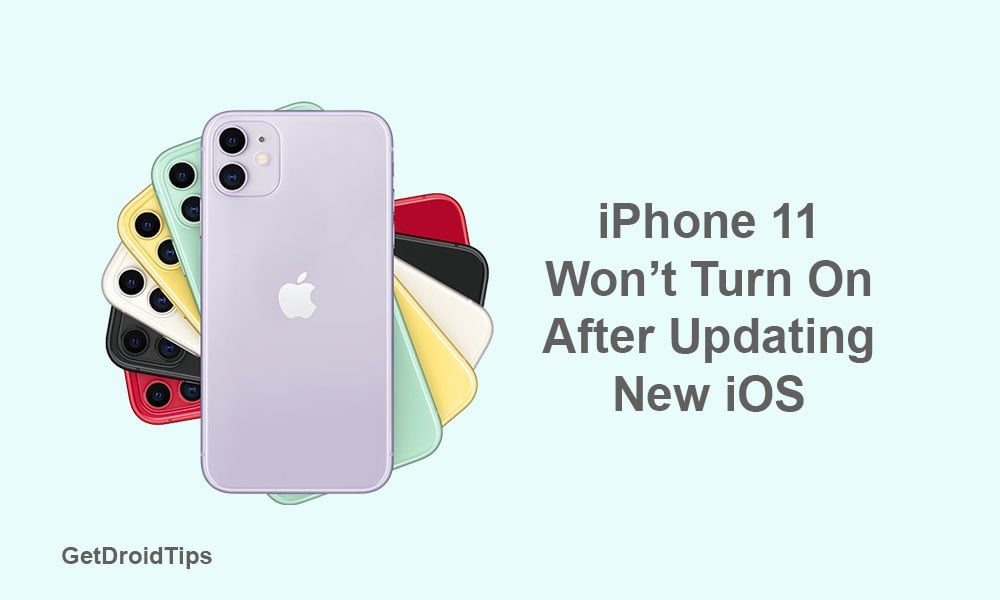 Now, talking about this issue, we can hope that there is a software-related issue and nothing else. However, it’s highly recommended to check by force restarting your device or checking the charging port & lightning cable.

If your iPhone shuts down and won’t turn on again even the device has enough battery level, you will need to forcefully restart your device.

Some times it’s quite possible that your iPhone is already turned on but stuck on the black screen and you’re thinking that the device isn’t booting. This can be happened due to low battery or any third-party app. To fix this issue, you can follow the force restart while charging method.

That’s it, guys. We hope you’ve found this guide helpful. Feel free to ask in the comments below for any queries.