Graveyard Keeper is a graveyard-themed single-player management simulation video game. The game was developed by the Lazy Bear Games and published by the tinyBuild. You can enjoy this game on various platforms such as Microsoft Windows, Android, macOS, Nintendo Switch, and many more. At the beginning of the game, the player receives a piece of property near a tiny town, which includes a little cemetery originally owned by his predecessor. The ultimate objective is to get your character to open a portal to his previous world.

The players are enjoying the game “Graveyard Keeper” due to the gameplay it has. However, mainly the users who are new to this game are facing issues with it. They are reporting that they are not getting Corpses or Bodies in the game. If you are also facing the same issue, then don’t worry this guide is for you. In this guide, we have discussed how to fix Corpses or Bodies not getting in Graveyard Keeper. So, let’s start the guide without any further ado. 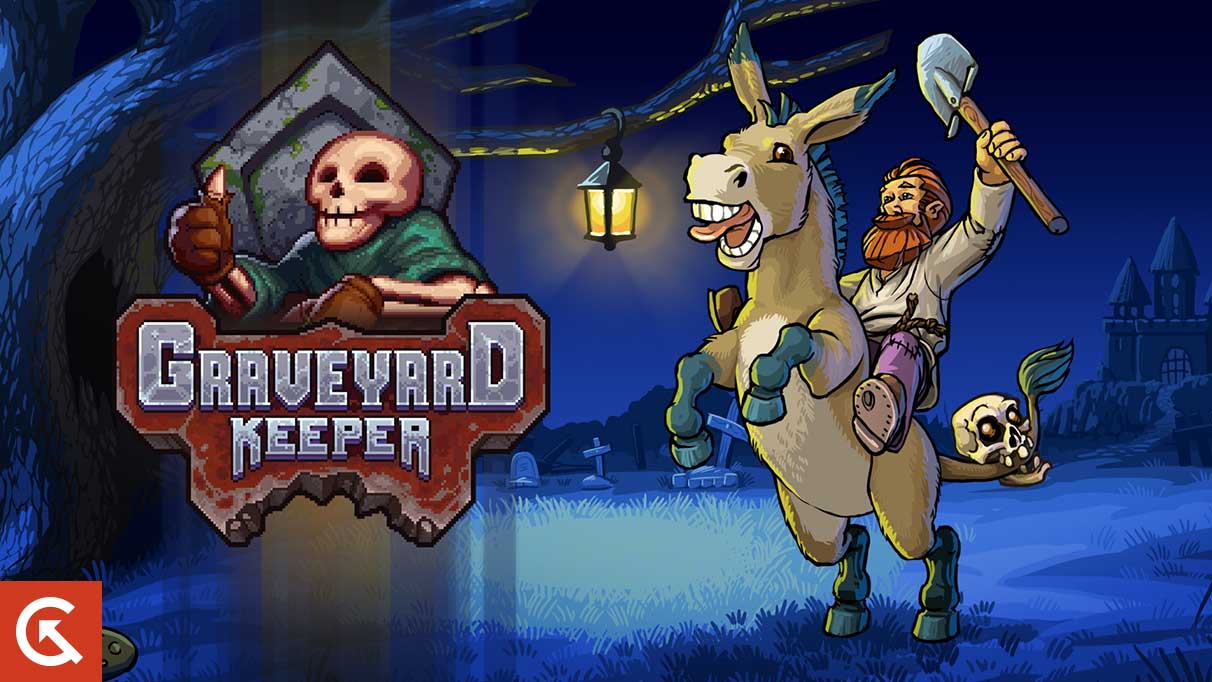 How you can fix the Graveyard Keeper Not Getting Corpses or Bodies?

There are multiple ways by which you can solve the problem of not getting Corpses or Bodies in the Graveyard Keeper.  Below down we have discussed a few of those methods. Make sure you follow each method carefully to solve the issue.

1. Make sure the church is closed

The first step that you can try to fix the issue of not getting corpses or bodies is by closing the church. If the church is opened, then the donkey will go on strike. And, it will demand the carrots and oil for his cart. After that, you will have to loot the big old poo that the donkey leaves there so that you can get free carrot seeds. And as a result, you should have 10 carrots to get 2 bodies. So, it is suggested to keep the church close to fix the issue.

The next step that you can try to fix the issue of not getting corpses or bodies in the game is checking the morgue. If the morgue is full, you will not get them. So, we will suggest you check whether your morgue is full or not. If the label is showing zero morgues, then try using the next method to solve the issue.

5. Provide Carrots to the Donkey

The next method that you can try to fix the issue of not getting bodies and corpses in the game, is providing carrots to the Donkey. You might be facing this issue because your donkey is out of carrots. He wants the carrots to get the bodies and deliver them to you. So, we will suggest you to try providing carrots to the donkey, so that he can bring bodies and corpses to you. If by following this method also you are not getting the bodies, then try using the next method.

The next method that we will suggest you to try for fixing the issue of not getting bodies is restarting the game. Many users have tried this method, and they were able to resolve the issue. Many users have reported that for weeks the donkey doesn’t bring the bodies and they have tried restarting the game. After that, they were able to get the bodies and corpses.

Restarting the game helps in fixing all the bugs in the game. So, we will suggest you to close the game. Then, remove it from the recent apps. After some time, restart the game. And then check whether the issues have been solved or not.

If you are still facing the issue, then the next method we will suggest you is to restart the device. You might be facing the issue because there is a bug in your device. So, to fix the bug, we will suggest you to try restarting the device. In this step, you will have to first turn off or switch off your device. Then wait for some time and turn it back on. After that, open the game and check whether your issue has been solved or not. If still you are not getting the bodies and corpses, then try using the next method.

The next method that you can try to fix the issue is updating the game. Sometimes there are issues that are faced by everyone, and when the developers come to know about them, they try to fix them. And when those problems are fixed, they push updates so that they can be fixed for everyone. So, we will suggest you to check for the updates and if available, then download them. Also, it is advised to check for updates regularly so that you don’t face any issues with the game. After you update the Graveyard Keeper, check whether your issue is solved or not. If still you are not getting the bodies and corpses then try using the next step.

If you’ve tried all the suggested solutions and they haven’t helped, we’ll recommend that you reinstall the game to solve the problem. It is the final approach you can take to fix this problem in your game. Many users claim that by reinstalling the game on their device, they were able to resolve this problem. This is due to the fact that all of the game’s files and settings will be removed from your device when you uninstall it.

After that, when you reinstall the game, all the necessary files will be properly installed on your device and this will help you to resolve the problem. So, if none of the methods that are mentioned above were successful for you, we advise that you try this. Make sure after uninstalling the game, restart your device and remove all game files from it.

This was all for this guide. In this article, we have tried to mention all the methods by which you can solve the issue of not getting bodies and corpses in the Graveyard Keeper. We hope that by following the methods that are mentioned above, you were able to solve the problem. Also, if you have fixed it by any other method, then do share it with us in the comment section below.