Guild Wars 2 is a free-to-play online role-playing game developed by ArenaNet and published by NCSoft. The game was initially released on 23 August 2012. Guild Wars game is quite old but has got many updates, and new classes have been released as well. The game contains a total of 9 classes, and it can get pretty confusing for new players to adapt to. So here is a full guide on Guild Wars 2 All Classes and Subclasses which will help you to build a better gaming strategy.

Guild Wars 2 sold over two million copies in the initial weeks; by August 2015, over 5 million copies were sold. In August 2021, the sales reached the 16+ million mark. The game has pretty good graphics and sound effects. When the game was initially released in 2012, it got mixed reviews. Some players didn’t like the game, while some loved it. With the new iteration in the game, many new subclasses have been added to the list. Please make sure to read till the end to know more about them. 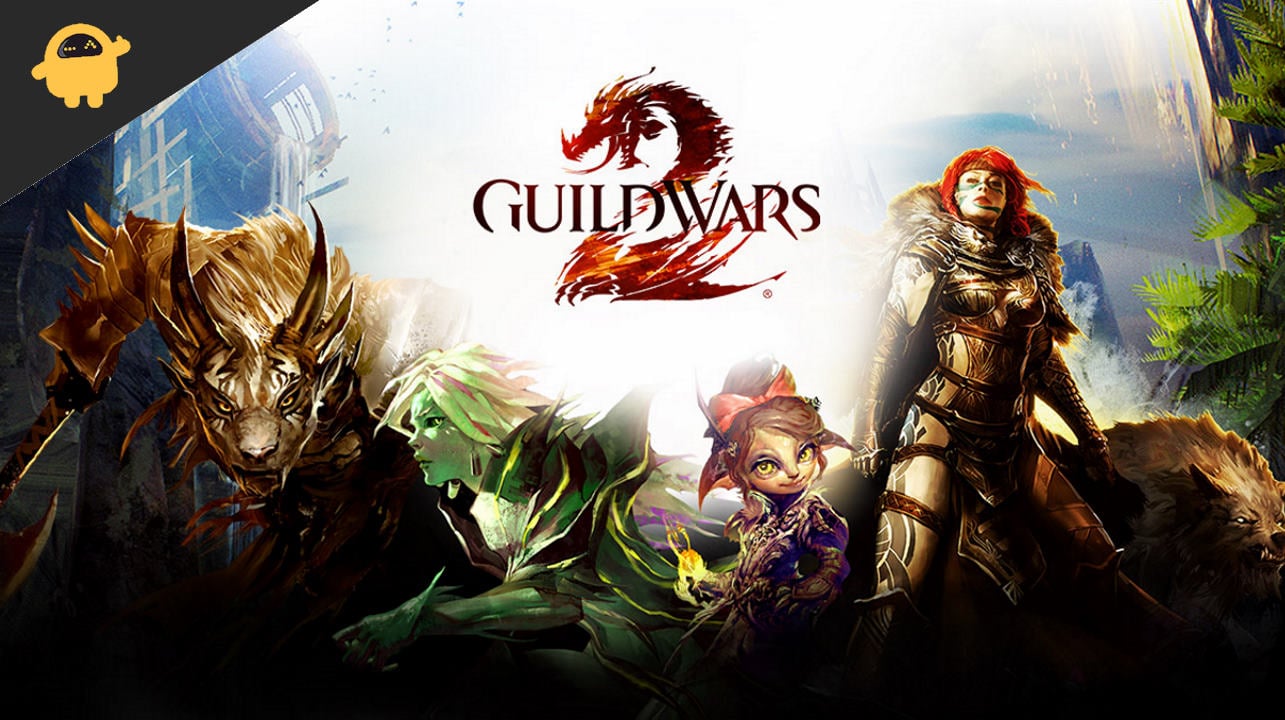 Guild Wars 2 All Classes and Subclasses

There are a total of 9 classes in Guild Wars 2. You have to choose one of the nine classes to play the game. Also, subclasses of each Class are mentioned later in the article. Thief is a class that excels in Stealth and Mobility. The Armor Class of Thief is Medium, and the weapons they use are Rifle (Deadeyes only), Shortbow, Staff (Daredevils only), Dagger, Pistol, Sword, Harpoon Gun, and Spear. The Thief class is majorly known for their Mobility and Stealth in PvP battles and DPS in Strikes.

They have this unique ability to steal items from their opponents easily. They also earn a unique ability to use. The Thief class doesn’t have a cooldown for their skills. If you have just started playing the game, then Thief would be a perfect pick for you. The Necromancers class is one of the most badass classes in Guild Wars 2. Their abilities have only one objective, draining your health over time. The more damage they do, the more life force they gather, which they use for their “Death Shroud.

The armour class of Necromancers is Light, and the weapons they use are Greatsword (Reapers only), Staff, Axe, Dagger, Scepter, Pistol (Harbingers only), Focus, Warhorn, Torch (Scourge only), Spear, Trident. The Necromancers are best known for Support in PvP, Curses in WvW.

This class is perfectly suitable for current META; even for beginners, it’s not a challenging class to play. As long as you remember their abilities, you are good to go. The Revenant class was added during the Heart of Thorns expansion. Revenant class is a bit complicated, and to play with this Class, you must have some experience. The Revenant class characters can channel spirits and use them for battles. They are called Stances. Each Stance has a unique battle style. Two of the famous Stances are Demon Stance and Assassin Stance.

The Armor Class of Revenant class is heavy; the weapons they use are Mace, Sword, Axe, Shield (Heralds only), Hammer, Shortbow (Renegades only), Staff, Spear, and Trident. The Revenant class is best known for Dungeons, DPS in Raids, Strikes, Fractals, and Buffing allies in PvP.

If you are new to this game, then we don’t suggest you play with characters in this Class. Guardians are considered one of the most acceptable classes of Guild Wars 2 because of their excellent protective and defensive magics. The amount of damage the Guardian class deals is also insane. All you have to do is maintain a good build and gear.

This class is also one of the most durable classes of Guild Wars 2. The usage of this Class gets complicated as you level up, but overall, this is one of the finest classes in the game.

We recommend you use a correct and good build and gear to use this Class efficiently. We have seen many kinds of classes but not a soldier class. The Warrior class is a soldier class who are #1 when it comes to defending and attacking. This Class have a wide variety of weapons, and the better you know about the guns and strategies, the better the attacks will be.

The Armor Class of Warrior Class is Heavy, and the weapons they use are Greatsword, Hammer, Longbow, Rifle, Axe, Dagger (Spellbreakers only), Mace, Sword, Shield, Torch (Berserkers only), Warhorn, Harpoon Gun, Spear. Warriors are best known for being as Bannerslaves or Spellbreakers.

If you are a new player and want an easy class to play in, then the warrior class will be perfect for you. Make sure you understand their abilities correctly before you head into a battle. Did anyone “perfect”? I guess they were talking about the Mesmer class. The Mesmer class is the beast class in Guild Wars 2. They are pretty hard Classes to play with as you have to do a lot of things while playing with his Class. You have to create illusions, destroy them, and perform regular attacks.

The Armor Class of Mesmer is Light, and the weapons they use are Greatsword, Staff, Axe (Mirages only), Scepter, Sword, Dagger (Virtuoso only), Focus, Pistol, Shield (Chronomancers Only), Torch, Spear, Trident. They are best known for Providing Quickness with the Chronomancer Specialization.

If you have recently started playing Guild Wars 2, then we don’t recommend you play Mesmer Class because of its complexity. Better play some other classes first and then learn playing the Mesmer class. The modern Class. Just kidding, They are a bunch of adventurers who use machines and magic potions to put their enemies down. Engineer class has a fantastic ability called a tool belt which means that every skill you equip has a corresponding tool belt skill that provides a different way of using it.

The Armor Class of the Engineer Class is Medium, and the weapons they use are Hammer (Scrappers only), Rifle, Pistol, Sword (Holosmiths only), Pistol, Shield, and Harpoon Gun. Engineer class is best known for WvW, Strikes, Fractals, and Dungeons, Support in PvP, and DPS in Raids.

If you are a beginner, start your journey with the Engineer class. They are not only easy to learn but also one of the best classes in the game. A Magic class is what’s missing in Guild Wars 2. The Elementalist Class is a Magic Class consisting of four elements: Fire, Water, Earth, and Air. Each element has a different outcome in combat; players can only have one with them simultaneously – they switch between them in battle if they wish to.

The fire spells focus on inflicting damage. Earth spells manage the defence. Water spells are responsible for healing and boons. Air spells increase your mobility and deal a lot of damage to enemies.

New players can choose Elementalist as their first Class to start the game. With good builds, you can ACE the battles. The name says it all. The Ranger Class combines with nature to take down their enemies. They also have pets which are loyal to them till death. Also, each pet has different abilities and stats. You can use these pets to your advantage.

The Armor Class of Ranger Class is Medium, and the weapons they use are Greatsword, Longbow, Shortbow, Staff (Druids only), Axe, Dagger (in the main hand, Soulbeasts only), Sword, Torch. The Ranger class is best known for High DPS under various circumstances, including Druid Healer in Raids and Strikes.

This is one of the easiest classes to learn, and any player can quickly get familiar with this Class playstyle. If you are a new player, try to use the Ranger class.

Guild Wars 2 is a fantastic and fun game when you choose a suitable Class. With this article, we hope you now understand Guild Wars 2 all classes and subclasses. If you have any queries about the article, please comment down. Also, let us know your favorite Class in Guild Wars 2. Happy Gaming!