In the Halo Series of games, Skulls are one of the more important collectible items spread across the game’s environment. These Skulls offer players extra features available within the game that resembles something closer to ‘Cheats’. They can be enabled anytime to add these extra features to your gameplay. In this post, we will guide you to all 12 existing Halo Infinite Skull Locations and how you collect them.

The Halo game series is one such series that has become very popular over the last two decades due to its improved story, gameplay, and art style. Halo Infinite is the sixth entry to the Halo Series making it the third in the “Reclaimer Saga” which follows the story of Halo 5: Guardians.

Halo Infinite launched on the 15th of November 2021. It was developed by 343 Industries and published by Xbox Game Studios. One of the more popular First-Person shooter series enjoyed by the fans. In this guide, we shall be guiding the players on how to collect all the Skulls present throughout the open world of Halo Infinite. 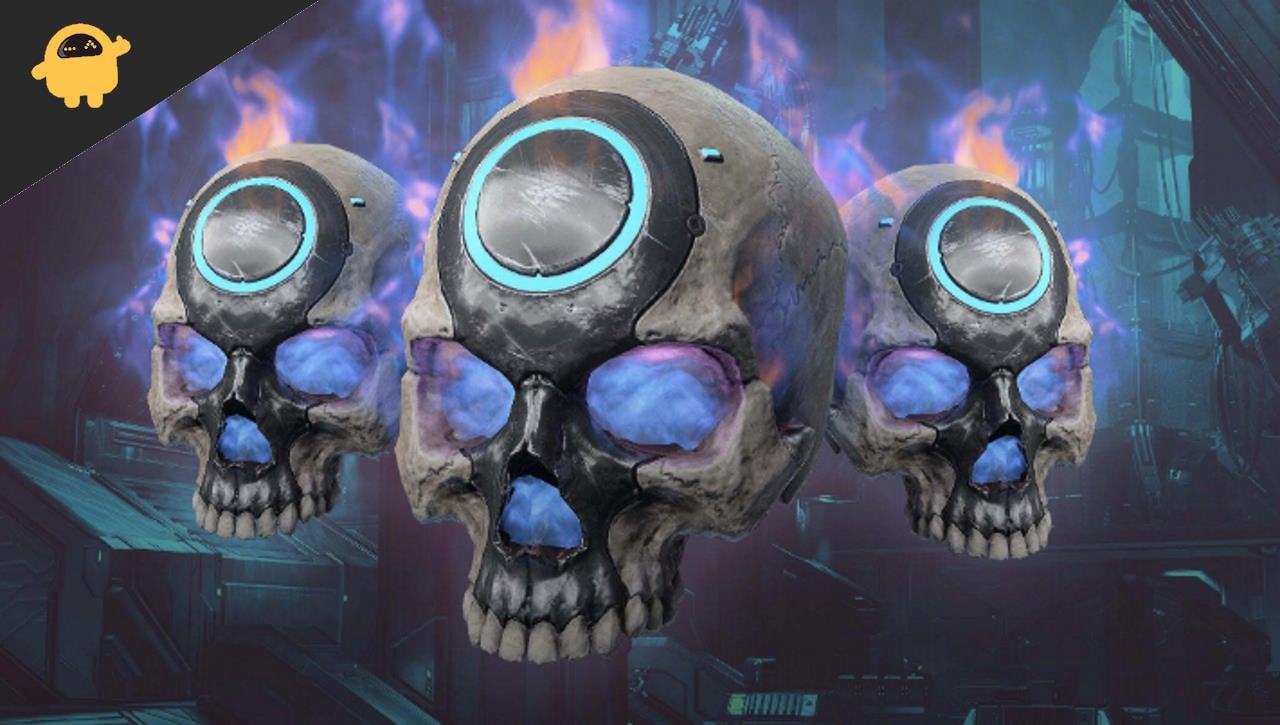 How many Skulls are there in Halo Infinite?

In Halo Infinite, there are a total of 12 Skulls spread across the map out of which 5 of them are easily missable, these will have to be collected during the mission, in case you miss them during the campaign, players must start a new game to collect these Skulls.

Halo Infinite Skull Locations & How To Collect Them

Now, we shall be guiding the players to collect all 12 Skulls present in the game with images for better clarity. Skulls that are missable easily will be mentioned along with their location, item description, and finally the feature they allow the players to activate in the game. 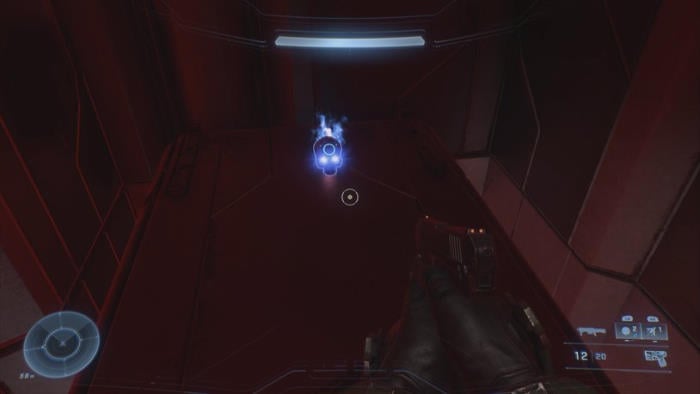 This is the first Skull that is available to players in-game during the mission – ‘Banished Warship Gbraakon’. Players must first return to the narrow two-floored room which is a few hallways after the room with an AR Projection. Players must clear out all the enemies present in this room before looking for the Skull. 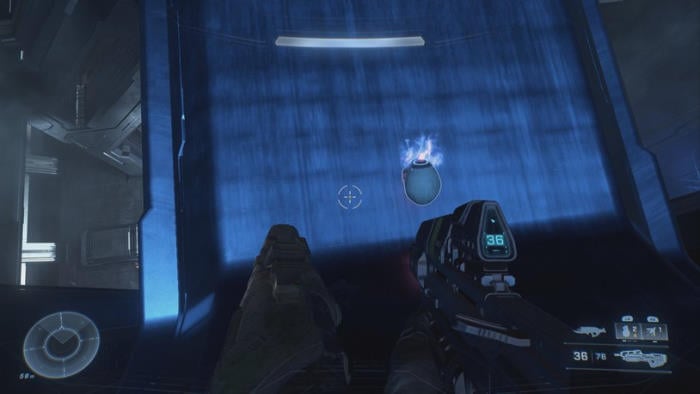 Effect on Player – Acceleration from explosions is increased.

This is the second Skull that is available to players in-game. It is found in the mission – ‘Foundation’. Once the player retrieves The Weapon, there is a massive blue room in the open. Scan the environment and look above the entry point to find this Skull. Using grappleshot reach the Skull and grab it. 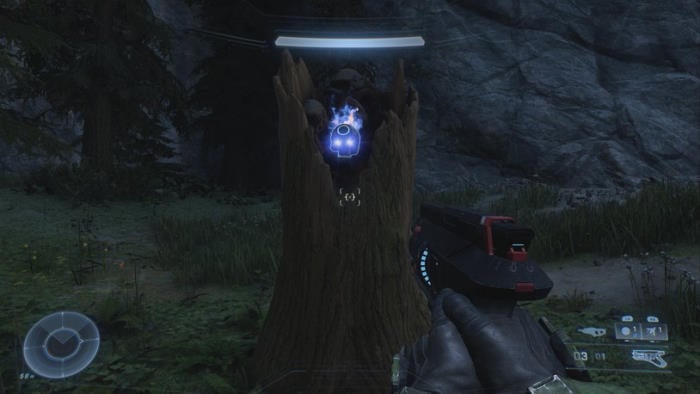 Item Description – “Hold these for us.”

The third Skull that is available to players in-game. Players must head to the Nort of Zeta Halo and use their scan near a small lake that will reveal the Skull inside a tree stump. Players must defeat the two Hunter present in this location to grab the Skull. 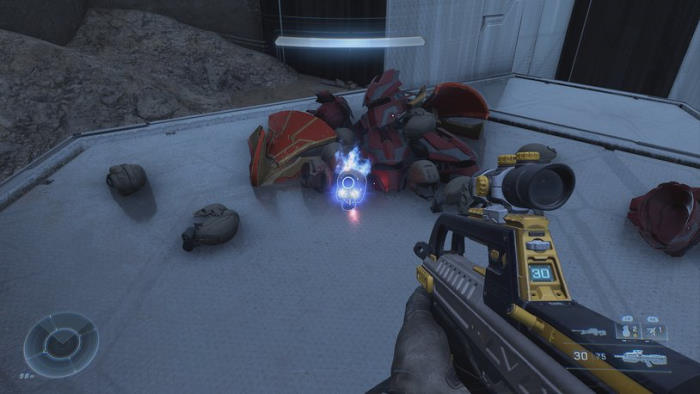 Item Description – “They could be anywhere.”

The fourth Skull that is available to players in-game. Players must head to the western side of the map, and look along the coast that is southeast of the Foundation. Inside those columns, there is a small opening where the Skull is resting on top of a pedestal, players must grappleshot their way up in order to collect it. 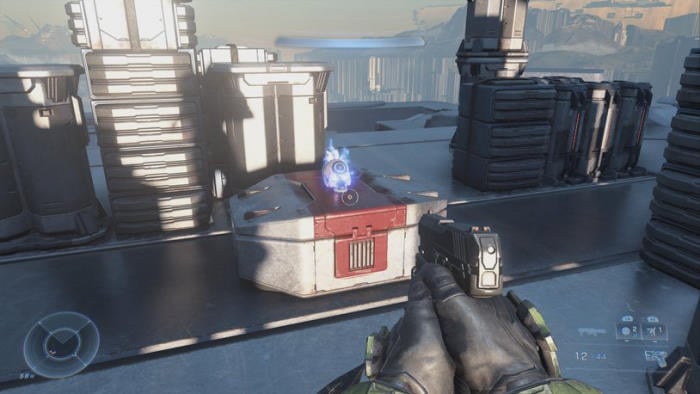 Item Description – “Did they really just say that?” 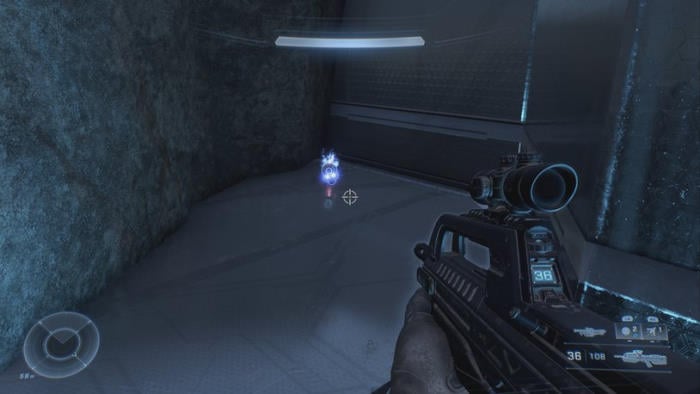 Effect on Player – HUD, and Weapon do not display on the screen.

The sixth Skull that is available to players in-game. It is located South of where we can aid the Carrera Squad. There is a very huge partition on the Zeta Halo’s surface. Players must grappleshot their way down to the side of the terrain and scan the environment to highlight the Skull in a small offshoot where the player can reach safely 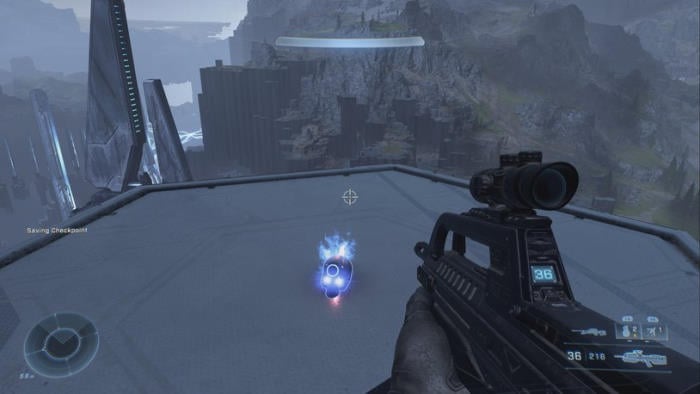 Effect on Player – Upgrades the rank of most enemies.

Item Description – “Promotions for everybody.”

The seventh Skull that is available to players in-game. This Skull can be found in the easternmost banished AA gun, it is present south from there. The Skull sits on top, therefore either using the Wasp or grappleshotting your way up is the best bet. 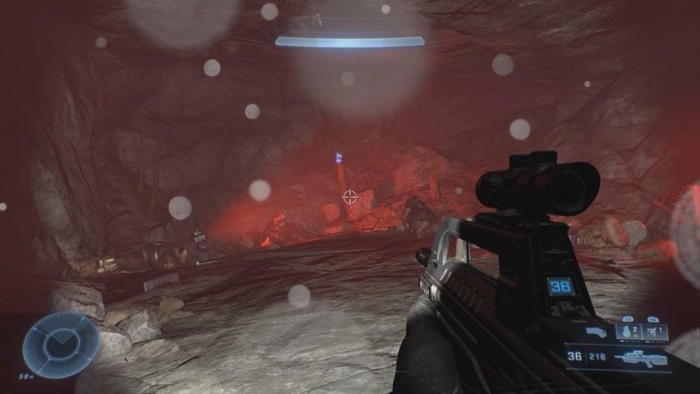 Effect on Player – Your shields only recharge when you melee enemies.

The eighth Skull that is available to players in-game. This Skull is located on the Southern Island at the waterfall that is halfway between FOB Juliet and Riven Gate Banished Outpost. Grappleshot your way up to the hidden tunnel that is in between the waterfall. Scanning the environment will reveal the Skull. 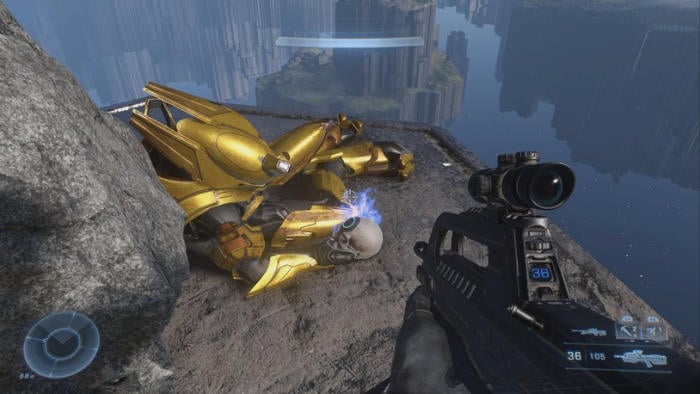 Effect on Player – Weapons dropped by enemies have half the ammo they normally would.

The ninth Skull that is available to players in-game. It is located on the eastern side of Zeta Halo Surface on a small island. It is east-southeast of FOB November and south of the easternmost Beacon. The only way to collect this Skull is with the help of a Wasp. On top of the island’s peak, look for an Elite holding the Skull. The tenth Skull that is available to players in-game. When players enter the room where large hexagonal cylinders are found floating through the golden light gates, they must head into the second room and then quickly grapple on top of a cylinder and continue grappling up to the ceiling until they see a secret door. Upon opening the door, the player is greeted by the Skull. You can throw it from one spot to another, then grapple over to it. Head through that door and place the Power Seed in, and continue with your mission. Once you get to the room, head into an open space between the large columns present. Enter the chamber, defeat the enemies and claim the Skull. Item Description – “We did say Infinite.”

The final Skull that is available to players in-game. It is the game’s best Skull, players need to find this during the last mission. Once you get to the first room of Sentinel enemies, do not kill them. Take out other enemies present in this room and make it through the room where one can activate two short light bridges.

Instead of going left towards the objective, head into the room straight, which will be unlocked so long as the player does not kill any Sentinels.

Some general tips on collecting Skulls in Halo Infinite