Smartphones are getting powerful by each day. There are millions of apps to use, thousands of features and billions of users worldwide, however, Huawei battery draining problems seems to intervene between the users and their smartphones. It is not just with Huawei but with every smartphone that runs on Lithium-Ion or other batteries, these phones are suffering from serious battery draining problems which usually restricts the user from doing what they want on their devices even after they invested hundreds of dollars buying one of these.

Nowadays, smartphones can be used to watch movies, TV Shows, documentaries, sports; to play games, messaging, calling, reading and writing news and articles, browsing the internet, downloading stuff, and much more. But if your phone is having problems with abrupt battery draining, there could be numerous reasons behind it. Thus, we have compiled a list of all the possible troubleshooting tips and fixes that can help avert battery draining problems on your phone to some extent. Note that the effects vary from device-to-device. 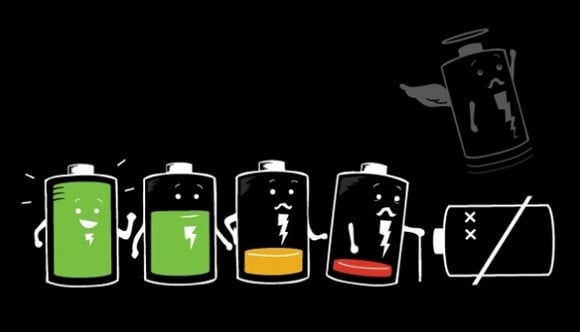 Tip #3 – Force Stop unwanted apps
Apps no matter being used or not, consume resources and battery power. As I aforementioned, there are millions of apps to install which means, we already have many apps installed on our phone which we may or may not use at all. If you have any unused or unwanted app, it is better to uninstall it right away to curb serious battery draining problems. To uninstall an app, go to “Settings >> Application Managers (Apps) >> Downloaded”.

Tip #4 – Maintain battery life
Lithium-ion batteries are powerful, however, they get discharge easily. With every progressing charge, it loses its maximum capacity to some extent. This is where maintaining battery life comes into play. As said, you should charge your battery only when it completely drains out. Also, keeping the battery between 40% to 50% is beneficial for its optimal working. Another great advice is to turn off the phone or start airplane mode when charging as it will charge faster.

Tip #5 – Update apps & firmware
Outdated apps and the firmware are never too good for the device. Outdated apps can introduce a number of problems such as bugs interfering with the phone or leaking out data to any potential hacker, etc. It is also related to battery draining problems and thus, the apps installed on the phone and the firmware must be updated whenever the update is available. To update an app, go to “Play Store >> My apps and games >> Installed”. To check updates for the firmware, go to “Settings >> About Phone >> System Updates”.

Tip #6 – Clear cache and cache partition
Cache plays a crucial role in the day-to-day working of an app or service on your smartphone. However, corrupted cache files can have an adverse impact on the device which can be overcome using these simple tricks. Simply delete all the cache files by going to “Settings >> Storage >> Cache Memory”. Then, reboot into the recovery mode and wipe off the cache partition. This must improve the overall performance of the device.