Majority of smartphone users are experiencing battery draining problems which is why we thought of tackling it with respect to our readers requesting a troubleshooting guide towards Kyocera smartphones. To be clear, almost every one of you might have observed that the battery is draining too quickly. Now, the simple answer behind it is that it can be either organic that is you are using the phone too much or else, it could be triggered by any software or hardware-related issue which increased battery consumption and thus, the issue. Anyhow, would you like to know what needs to be done in such a case? Well, here’s a troubleshooting guide that might help get you off the hook. 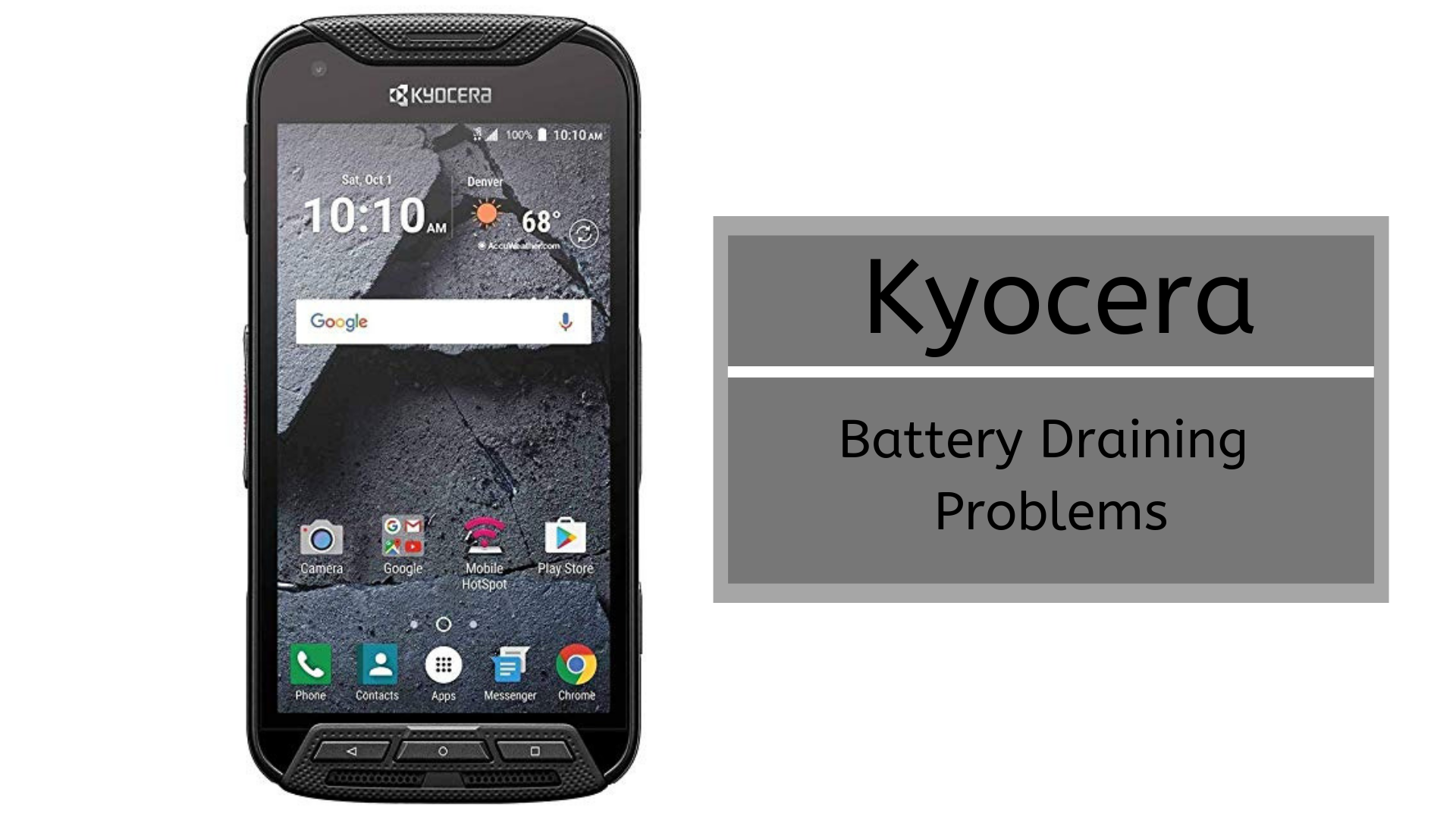 What do you think is the probable cause of battery draining problems? It has been recorded that people get addicted to their phones easily and if you are one of them, it is no doubt you are all-day on Instagram, sending messages on WhatsApp, tweeting out, taking selfies, playing games like Fortnite, to name a few. Although your phone has a battery that can last for hours on a continuous usage, it literally affects the backup it provides which limits for a few hours until it runs out totally. The more you use the phone with heavy apps, the lower is SoT and the more you’ll have to plug in the phone to a charger. Thus, the solution is to limit the usage or use in short bursts giving the phone rest in-between.

Close off all the running apps

Depending upon the configuration of your device, it may handle a couple of apps to almost 15 to 20 apps simultaneously. But smartphones in the budget, low-end category or those with lower RAM memory may run out of resources when a user opens a couple of apps too. When too many apps are in operation, the work done is more and thus, the battery will surely drain quicker. To fix this, you simply have to close off all the apps that you have used and not want it right now. Tap on ‘Recent’ and close off these apps or go to Settings >> Apps >> Running and force stop apps that are not ready to turn off.

Battery draining problems could be because of a number of issues. One of the issues is using too many apps, processes at the same time as it raises the stress on the battery and other resources on a smartphone. You can literally follow the previous steps or mix it up with this one where you simply reboot the device and it’s done. When you reboot a system, it abruptly closes all apps both in the background and the foreground. Further, upon startup, there are no hoarded resources which means your phone has taken a new lease of life after reboot and probably, the issue causing the battery to drain is fixed as well.

Since all premium and flagship smartphones are getting OLED displays, these displays are versatile yet power-hungry. The same applies for LCD displays that munch on battery although not like OLED. But here, users can tweak the brightness level on a display where a lower brightness setting throws less stress on the battery while higher brightness on a display will consume more than average battery life simply to lit up the screen. The simple solution is to tweak the brightness settings as per the surrounding i.e. low during the night, and high or moderate during the day.

Almost all smartphones have some kind of power saving mode while some flagship devices might have ultra power saving mode too. This feature restricts the battery consumption by exhibiting restrictions on apps and processes. This allows the system to save battery life otherwise spent on keeping the device full-fledged. Although this mode doesn’t literally cease system’s performance, it can have to save battery life by elongating it at least a few minutes or more.

Cache files are vulnerable to get corrupted or infected with a bug or virus and therefore, it must be rendered purged to escape the clutches of the so-called easy-to-retrieve cache files. You need to purge storage cache, app cache, and finally, the wipe cache partition accessible only through the recovery mode.

Upgrade to the latest OS

Upgrading to the latest available OS or firmware version is a key to get away from a slew of issues including the one we are discussing here. There is a quite possible that outdated firmware is actually provoking the system to consume more battery backup than it should. The solution is to update to the latest OS or rollback or even install a custom ROM, for instance.

The same rule about upgrading the firmware applies for all pre-installed and third-party apps on your phone as well because these are bits of software too. Apps are susceptible to get bugs causing either the app to function abnormally or it could affect the system as a whole. Similarly, an app with a virus or any kind of malware can have security, privacy breach on your phone as well. Thus, the solution is to update all the apps to escape these clutches.

If your complaint is that the battery isn’t charging quickly or it is losing backup more than it is charging (when connected to the charger), have a look at the charger itself. Incompetent, faulty, or damaged chargers are often considered as a root cause of such battery draining problems because either they cannot charge the battery at all or usually undergo fluctuation in terms of connection and disconnection.

It will be naive if you do not check if the battery is damaged or not while scanning for probable cause for battery draining problems on your Kyocera smartphone. The reason is that batteries have a lifecycle beyond which, they tend to suffer issues right from performance, charging up to the full capacity, etc. If it is a removable battery, you can spot any physical damage or check if it is swollen or not which is a pointer showcasing it is damaged. On the other hand, if it is non-removable, get help from professional to scan and get it fixed.

Finally, we end up having a factory reset if nothing in this Kyocera troubleshooting guide helps in your favor. You need to access the recovery mode which you can simply by turning off the phone and pressing power + volume down button. Wait for an Android logo to flash on the screen and that is when you can release the buttons and select ‘clear data/factory reset’.

That’s it. If you are still trying to figure out a way to tackle the so-called Kyocera battery draining problems on your device, it is time to get a professional’s help by walking into an authorized service center that you can Google to find in your locality. If your phone is under warranty, you have a choice whether to visit an authorized or a third-party one where the latter is cheaper but riskier since it will toss off the warranty on your device so choose wisely.

Use these hacks to reduce the stress on the battery

There are plenty of ways you can bring down the battery draining problems on your device. One of it is to reduce the stay awake duration to a minimum so that the device turns off the screen in some time rather than spending its battery backup to keep the screen illuminated when not needed. Further, use the phone is bursts and not altogether as said above. Once down, close the app and this must reduce the stress on the battery.

Ensure that the phone is cool and the moment you detect that it has started to get warm, stop using it and let it cool. Check for any physical or liquid damage to the device that can cause battery-related issues or so.