The phone lets you do right from texting to investing in chatting to calling playing and more. But there is a problem that can put an end to these tasks and that’s the BQ Mobile not charging problem. Although it is a hardware-related issue, a bug or any other software-related issue could be the accused so we’ll have to go through software part first before moving in to resolve hardware issue and finally, the supreme method that will help fix the issue permanently. So, let’s get started. 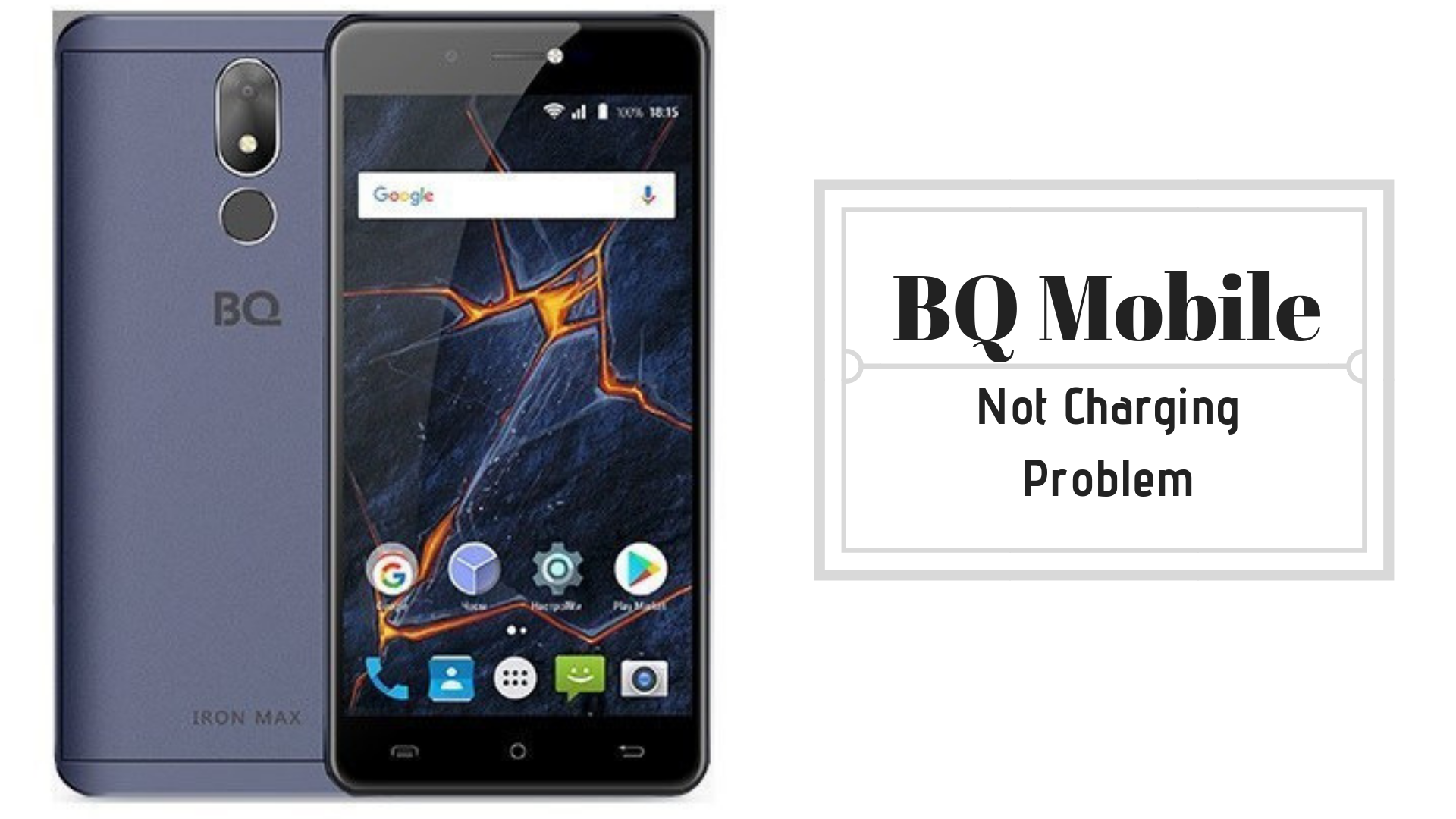 How to fix BQ Mobile not charging problem?

Let’s start with the software part wherein there are few methods that one can go through to verify if the problem is indeed the hardware or not.

One of the common fixes is to reboot the device. This might work in many cases but not all. This is because a temporary glitch or bug might have stopped or crashed the system’s ability to charge the battery. This is why it is recommended to reboot the device thereby relieving it from all apps, processes, and resources that are hoarded by these apps, etc.

Cache files are pathetic and notoriously known for getting corrupted and causing problems on a  smartphone. This is probably the reason why it must be cleared right away. There are plenty of ways to clear the cache files such as by installing cache clearing apps like Avast Clean Up or by diving into the Settings app to clear both storage and app cache files.

Upgrade all the apps and firmware

One needs to understand that apps require to be updated because there are many underlying benefits of it. First of all, you get the latest features and design changes that the developers have passed with the update. Further, there are plenty of optimizations and bug fixes which are injected with the update to fix any bugs that were reported earlier. Bugs might have exploited the phone’s ability to charge which is why it is crucial to forming a strengthened wall between the apps and bugs.

You can check out if there are any app updates available or not via My apps and games section on the Google Play Store. On the contrary, you need to step into the Settings app and check for updates by navigating to ‘About Device → Software Updates’.

This app is useful to gauge what could be wrong with the battery since it is not charging. It is possible that as the battery has become old or is damaged, it is losing power more than it could suck in from the power source causing the not charging problem. You can compare the energy output for both incoming and consumption to drive to a conclusion.

Although it might not be necessary since we are tackling the possible methods to fix BQ Mobile not charging problem, we decided to list this particular method as well.

Let’s see what could go wrong with the hardware part which is actually the main cause of not charging problem on any smartphone.

Search for the best power source

A lot could go wrong if you are relying on a single power source since it is an electrical stuff and might stop working without any intimation. Since you are facing the BQ Mobile not charging problem, I would recommend to search for multiple sources and see which one is the best for you. Sometimes, it just requires to swap power source to fix this issue.

The first physical component to scrutinize is the USB port which is a tiny slot from where you connect the charger to charge the device. The port is indeed small and delicate which makes it vulnerable to sustain damage since even slight pressure can break a metal tab inside the port which connects with the USB cable and interlocks with it. To find out if the metal tab is disfigured or damaged by any chance, simply take a torch and see for yourself. Also, verify the issue by connecting a different charger.

In case if the USB cable doesn’t properly fit inside the port which mustn’t happen since you can already tell that when you bought the phone, the connection was stout and now it is loose. This could be happening because of dirt and debris stuck around the metal tab. For this, you’ll need a needle to scrape out the debris and check by connecting the USB cable again.

Literally one of the most vulnerable components on a smartphone is the USB cable. This is because the cable is stretched, knotted, twist and twirl, and more and that’s all so that it doesn’t interfere with our smartphone experience whilst charging the device. This excessive wear and tear cause the USB cable to damage quickly and that is what you need to check with the cable. Also, check for any cuts that might have occurred causing disruption in the flow of energy. If you still have questions, take another USB cable and try to charge it with your phone.

Finally, the charger or adapter is the powerhouse that provides requires mechanisms to change the incoming current into the required watts or volts. Any misalignment in managing incoming and outgoing energy can introduce a slew of problem. For this, check if the charger you are using is compatible or not. Then, check if it is original or not since the original might cost more but it is specially made for your device which eradicates any incompatibility issues.

Finally, the major component of the BQ Mobile not charging problem is the battery. Smartphones use Lithium-Ion batteries that have a specific lifecycle where factors like temperature can tweak it a bit. As the life cycle progresses, the battery ceases to perform at its optimum output. This could possibly lead to the conclusion that the battery has officially ceased to store energy at all or it could be damage causing it to either not store power or lose it in-between providing a poor battery backup. The simple fix is to replace the battery and what else could you do.

Get help from the phone manufacturer

You tried all the methods enlisted here with respect to software and hardware problems but still can’t get rid of not charging problem? Well, the common but permanent solution is to walk-in to a nearby authorized service center and get it checked and fixed. Well, you’ll have to pay a certain amount of repair charges but it will ensure that your phone works for a few more years now without potential batteries issues.