OMG! Your phone didn’t initiate charging when you tried plugging in the charger, what’s wrong? Well, unfortunately, you might have hit the Panasonic not charging problem which isn’t too mainstream but it does occur often among Panasonic and in fact, any other Android-enabled devices. There can be a number of underlying reasons why your phone hasn’t responded to the charger & USB cable plugged into your phone and therefore, you as a user need to zero in the culprit and take necessary measures to fix it. But rest assured but GetDroidTips has your back. Here are all the methods you can employ to fix the charging issue on your Panasonic smartphone which includes both software and hardware failure in case if you don’t know what’s actually wrong. 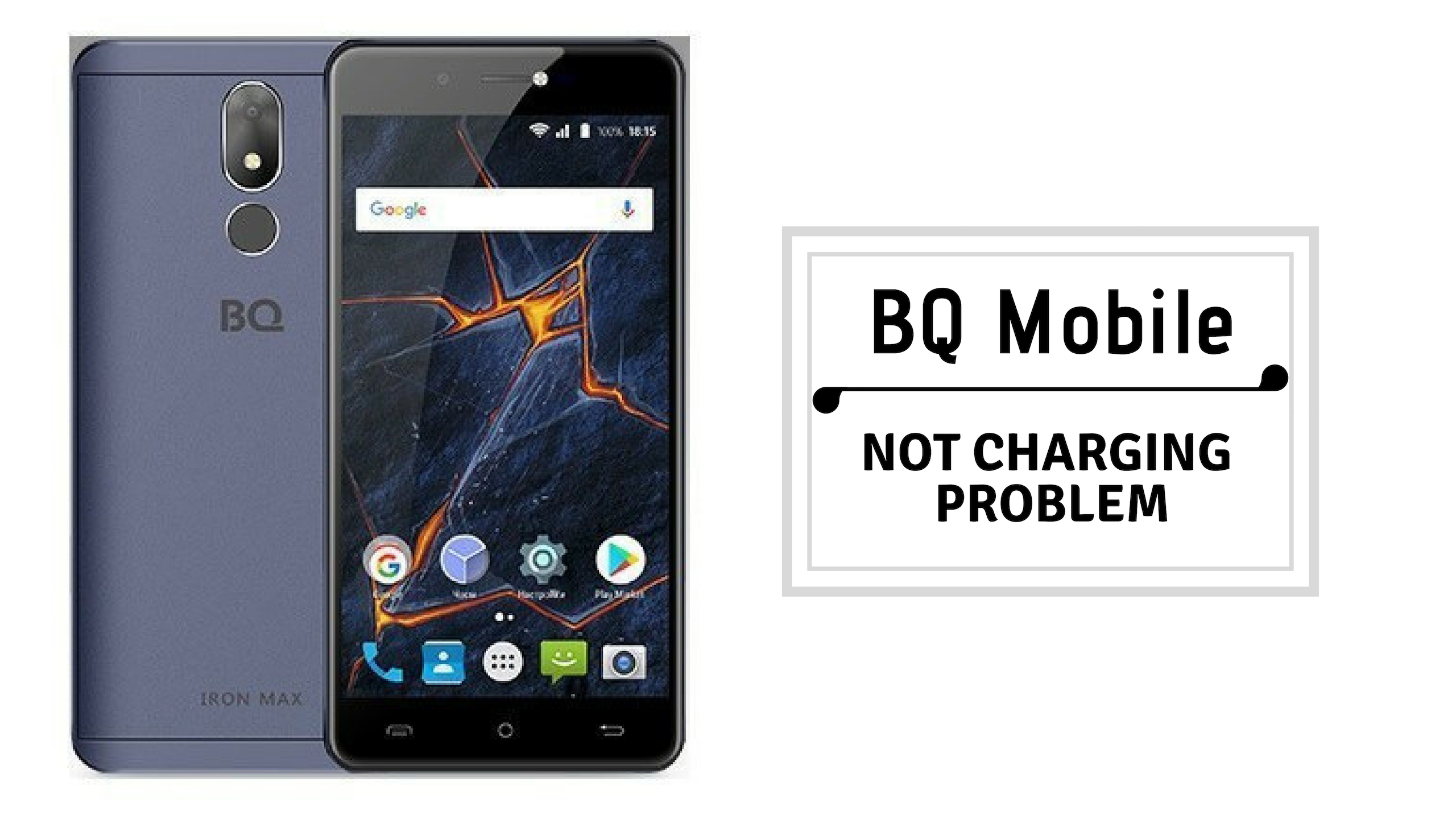 How To Fix Panasonic Not Charging Problem?

Here is an explicit guide on how to fix the not charging problem and to eradicate any complexities, we have actually bifurcated the methods and tips into hardware and software failure so that each aspect responsible for causing an issue like this could be tackled.

What if it’s a software issue?

Although it is not that frequent there are many cases where the charging problem was caused due to software failure or any other related issue. Let’s see how to fix it using these simple methods

You plugged the charger to the phone and turned ON the switch. The phone must start charging right? But in this case, the phone isn’t responding and that could be because of bug or error that might have to introduce whilst you were plugging in the charger. To fix it, rebooting the phone can have a great impact on this and other software-related issues and thus, it is one of the few methods that experts advise when any software-related issue kicks in.

Check these aspects w.r.t to apps

There are a number of apps installed on a phone and thus, a lot could go wrong with it. For instance, if you have opened too many apps, it could cause various problems including the one with the phone’s charging capability. The solution is to simply shut down all the apps that aren’t required and force stop those that tend to run again automatically. Also, app conflicts are frequent since apps do quarrel if there’s an incompatibility issue between the apps or app and the phone. Here, the best way to get rid of app conflict is to simply uninstall incompatible apps.

Boot into the safe mode

It is a diagnostic mode wherein the user can actually check whether the problem is due to any third-party app and/or hardware failure or is it due to pre-installed apps. When you boot into the safe mode, you need to connect the phone to the charger and check if it responds or not. If yes, then probably a third-party app is responsible but if it doesn’t respond, then it could be either because of a pre-installed app which is highly unlikely but it is more likely because of a hardware issue and since safe mode doesn’t indicate any hardware issue, this is the assumption you’ll have to take to proceed henceforth.

Turn on the airplane mode

Airplane mode disconnects the phone from any outgoing or incoming networks so it is surprising how it can help with a more hardware component-related problem. But airplane mode can have a great impact on solving various problems and thus, you must turn it ON, turn it back OFF and repeat the same procedure several times to get the problem resolved.

Wipe out all cache files

Cache files must be eliminated from the device because these are temporarily stored files that might cause an issue due to their easy to corrupt and bugged nature. You’ll get the cache files by navigating towards “Settings >> Apps >> Downloaded >> Click on an App >> press on Clear Cache & Clear Data” and also, go to “Settings >> Storage >> Cache Files” to fix it. Finally, there is a third section too wherein you dive into the recovery mode for which the procedure is explained in the next method and navigate to “wipe cache partition >> yes”.

Get the phone restored to factory settings

This particular method must resolve the not charging problem once and for all although it includes resetting the phone completely erasing all data ever saved so take a backup if needed. To restore the phone to its original factory settings, here’s the procedure you’ll need to employ on your Panasonic smartphones.
Step 01: Turn off the phone.
Step 02: Press power + volume up + volume down buttons simultaneously.
Step 03: Keep pressing the buttons for 10-15 seconds till an Android logo isn’t displayed on-screen.
Step 04: Release the keys.
Step 05: Use volume rockers to navigate to ‘clear data/factory reset’ and press power button to select it.
Step 06: Navigate to ‘Yes — delete all user data’ and the end.

But what if it is a hardware issue?

It is highly likely that the Panasonic not charging problem that you are facing and checking out here to fix could be because of any ‘xyz’ hardware issue and there are few methods that can provide a resolution to some degree.

Check if the charger is compatible or not

If you aren’t using the charger or USB cable provided by the smartphone manufacturer, it is quite possible that the charger is either ill-fitted or it is not compatible. Check for the output and input charge that your phone supports and the one listed on the charging brick to gauge if it is compatible or not. If not, better to change or buy an original charger compatible with your device to prevent such issues.

The charging port mounted either on the upper or lower edge of the phone is a tiny hardware component with a metal tab protruding inside the metal housing where the USB cable latches to its interconnecting mechanism that allows for a safer passage of electricity that the battery draws from the charger via cable. But any deformity in the metal tab or if the connection is loose or damaged in any form can hamper the phone’s charging capability by causing it to operate partially or fluctuate between charging and not charging when held at a certain angle, etc. Thus, if the metal tab is deformed or the connection is lost between the cable and the port, get it replaced because the port will eventually pull off and will become inoperable at any given point.

Most of the time when we aren’t using our phones, we keep it in pockets and that where the pocket lint which is minuscule pieces of debris usually sneaks inside the charging port and deposit there. This is often one of the reasons why the phone would charge and discharge upon holding at a certain angle as aforementioned. Thus, it is important to clear the lint, debris, and other particles that might have sneaked into the port and cause a disturbance. You can take a needle to fish out the lint or use professional’s help to fix it which is recommended.

This is the most obvious part wherein the cable gets damaged due to constant twisting and entangling and what not. If you see any cuts on the wire or any stretches revealing the inner wires, it is possible that the cable has damaged and now, you’ll have to replace it with a new cable to fix the Panasonic not charging problem and it mustn’t be difficult too since buying is something online e-commerce websites have made easier if you aren’t willing to walk in to a store to get it.

Inspect any damage on charging brick

Charging brick must be compatible with the phone to work without any glitch. But even after it is compatible, it doesn’t mean it wouldn’t land in trouble. If you dropped the charging brick several times accidentally, it must have disconnected a few connections on the circuit within the brick or if it has gone short circuit. There are a number of reasons why the charging brick would get damaged and thus, you’ll need to get it inspected or try it on another phone to verify and then buy a new compatible brick.

Almost every smartphone uses a lithium-ion battery which has a specific lifecycle among other factors that dictates how long it will function and at what levels. It is possible that the battery you are using isn’t healthy or has lost its health over aggressive charge and discharge lifecycle or due to any other reason and for that, you need to gauge the health of the battery. If it is damaged, you’ll have to replace it or get it repaired if possible.

Can’t get rid of the problem just yet? Then the final resort is to seek help from the professionals aka the authorized service center nearby that must be able to fix the problem upon thorough inspection. This will include repair or replacement charges if any component is damaged or faulty and if not covered by the warranty period if any. However, showing up at an unauthorized service center will get the warranty period revoked and your phone will no longer be under warranty.