Rogue Company is in its Beta build, and it already has quite several players hooked on it. Access to the beta version is available through beta sign-ups, twitch giveaways, or pre-order deals. Now some several rogues and gadgets are added to the game. But the particular one that has been there since the alpha version is Trench. And quite a beastly one that has also been in the game for a while now is Scorch.

Trench is an asset to a team that is looking to build a defensive game. As enemies will struggle to get past Trench’s defensive style, his teammates can easily take care of them. And Scorch is a tangy assault rogue that is perfect for close-range combat fighting. But how exactly do you play with both of them in Rouge Company? Let’s find out about it in this guide on Rouge Company. 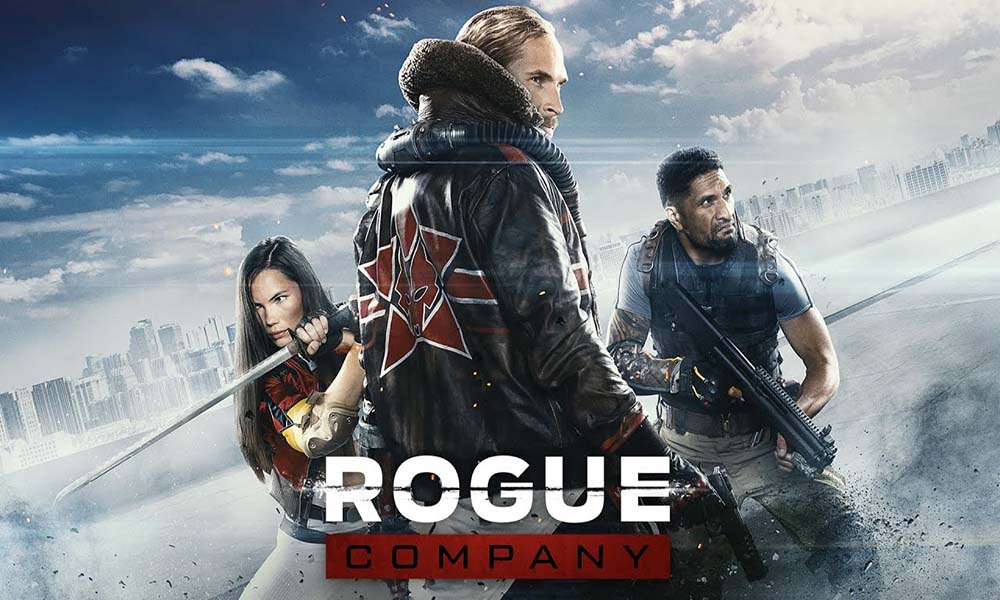 How to play Trench in Rogue Company?

Trench is a defensive asset for your team. It can block enemy attacks, block flanks, control sightlines, and cancel enemy utilities. It mainly does it using his passive and active abilities. 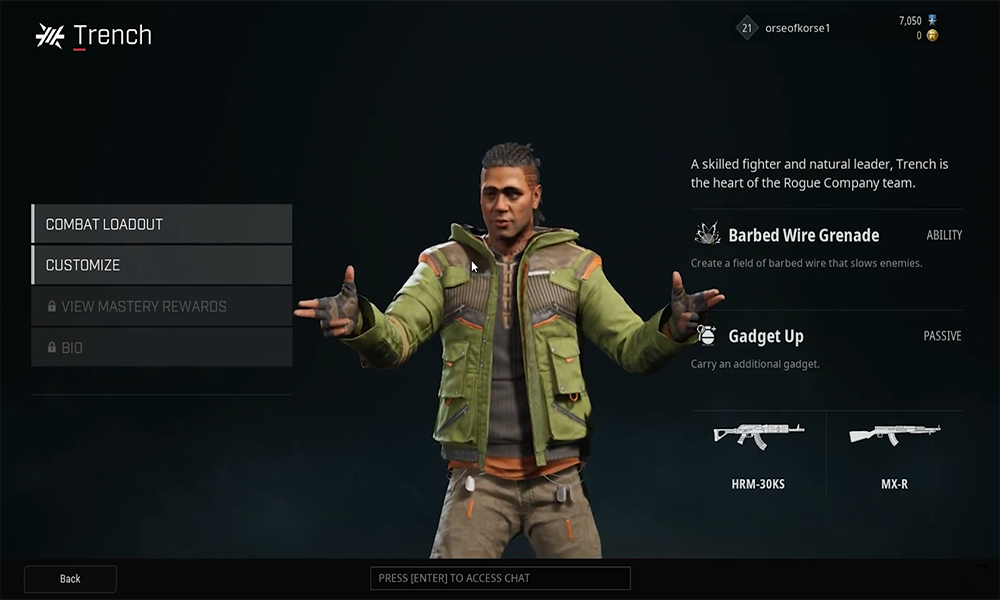 Barbed Wire, the active ability of Trench, allows him to use a carpet of barbed wires against the enemies. This, as a result, slows down enemy movements, and the other team member can then take these enemies down. But it is not a full-proof weapon though as it can be destroyed with melee weapons and explosives. On the plus side, though, Trench can walk in these barbed wires, and he is not affected by it. But this does not mean that the other members in Trench’s team can also walk in these wires. But there is one rouge that can avoid these wires, and it does not matter whether he is on Trench’s team or the other team. Anvil is the only other operator in Rogue Company who is not slowed down by the barbed wires.

Trench’s passive ability gives him the ability to add a copy of the gadget that he equips. Since he is a defensive operator, the best choice for this will be the Tear Gas Grenades and Active Protection Systems. A fully upgraded inventory will let you have two of each of these gadgets. And adding that with Trench’s abilities, you will end up 2 + 1, which is three of each of these gadgets. 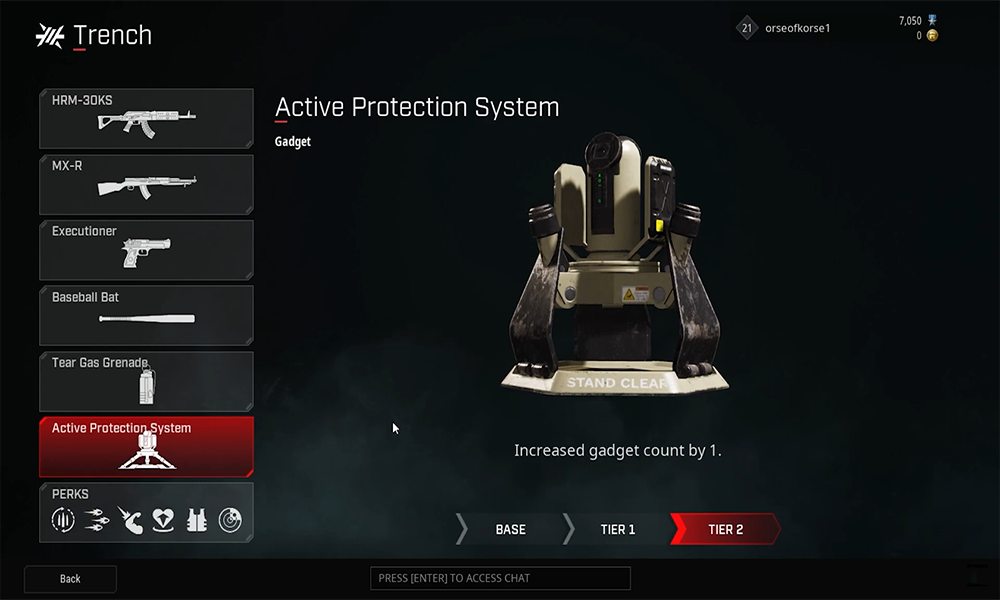 You can also try other weapons in his arsenal, like the HRM-30KS, which is a high-powered assault rifle. Then we have the MX-R, which deals with more damage and is undoubtedly the most potent weapon in the list. Then we have the Executioner which is just a standard pistol, and the Baseball bat, which is his melee weapon.

He also has a perk called Headstrong, which gives him an additional 25 armor. There are some other perks like Bounce Back, which lets him survive longer by reducing the delay of health regeneration and Shredder Rounds that allows him to break down all kinds of equipment with increased damage and also carry more ammunition. Then there is Berserker that lets him reload while sprinting and Tenacity that allows him to take reduced damage from explosives. And quite a unique perk is the tracker rounds with which whenever he shoots at an enemy with a firearm, it will reveal that enemy to your team.

So that is a brief overview of all the abilities of Trench that we witness in the Beta build. When the official version comes out, we will surely have a few more rogues and gadgets to check out. But things are not bad in the Beta to build either as the developers are working continuously working and pushing out patch updates to make the game even better.

How to play Scorch in Rogue Company?

Scorch is a tanky rogue that can bring down havoc if he manages to inside enemy territory. She is not about a defensive play at all and only uses brute force against everything that she comes up against. 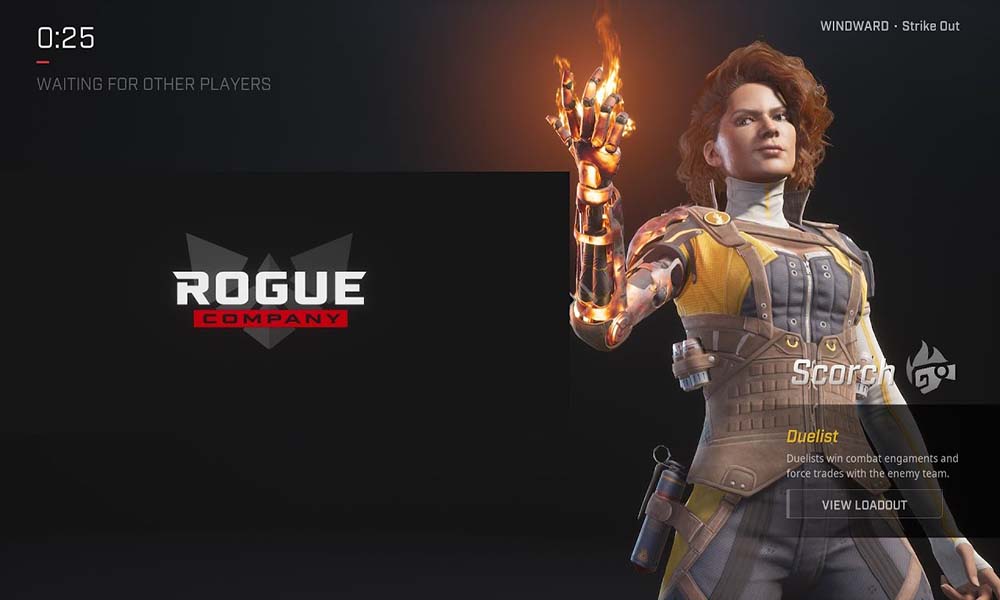 Scorch’s active ability is Overheat, and it can be used by players to burn down their enemies. When you use Overheat and shoot someone or use a melee attack on them, then their body will be on fire, and the damage over time will keep on increasing. But there are limitations to this ability, as you can use only for a while, after which it will require a cooling period. After the cooling period is done, you can use it again, and the process goes on and on. So don’t hold when you are playing Scorch and use Overheat as many times as possible. The sooner you use it, the more times you will get to keep using it. 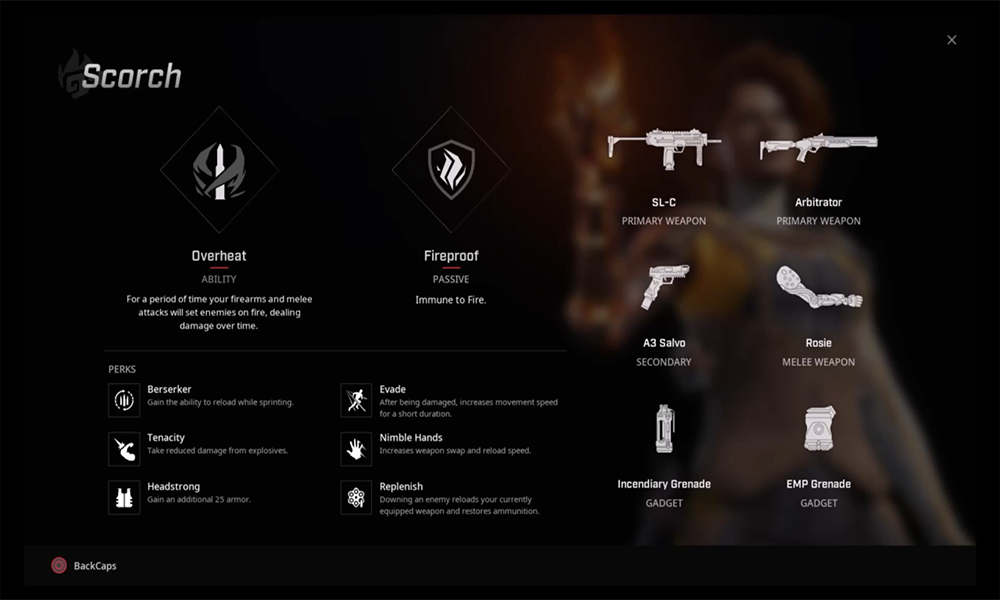 Coming to the passive ability of Scorch, we have Fireproof. And just like the name suggests, it makes Scorch immune to all sorts of burn damage of Grenades or anything else.

Another unique thing about Scorch is her melee weapon Rosie. It is her prosthetic arm which at tier 1 can lunge up to 3.5 meters and at tier 2 can swing damage up to 55 meters by throwing fire at the targets. Now, this is the only fixed melee weapon in the game that no one else can use or steal.

Other than that, there is the SL-C, Arbitrator as the primary weapons, A3 Salvo as a secondary weapon, and Incendiary grenade and EMP grenade as the two gadgets.

As for perks, she can use Berseker that lets her reload while sprinting, Evade that increases her speed for a short duration after she takes damage, Headstrong that gives her additional 25 armor, Tenacity that lets her take reduced damage from explosives Nimble Hands that increases the speed of weapon swap and reload, and Replenish that restores and reloads your ammunition once you down an enemy.

So if you want to play a Rogue with defensive expertise, go for Trench. But if you want someone to blow thrown your enemies using fire attacks, then go for Scorch. All in all, both of them are equally good in both their particular niche.