For the past few days, foldable phones have been the talk of the town. Though Samsung has been more in the news, the other companies also kept popping now and then. One of them is Huawei, who are ready to launch their foldable device at the MWC announced in their official invitation.

It was a tease of a phone folding outwards, but now it’s a reality in the shape of the Huawei Mate X.

As said above, the screen folds outwards, means the display wraps itself on the outer sides of the device in its folding state. Unfolded, it’s a single uniform slab of 5.4mm (0.21 in) thick tablet and 11mm strip that’s located on the rightmost part of the back. It’s rather like a handle that gives you more grip and yes, it’s the home for the triple camera sensor as well. On folding, the back and the bulge form a uniform shape that does make the phone quite thick at 11mm. 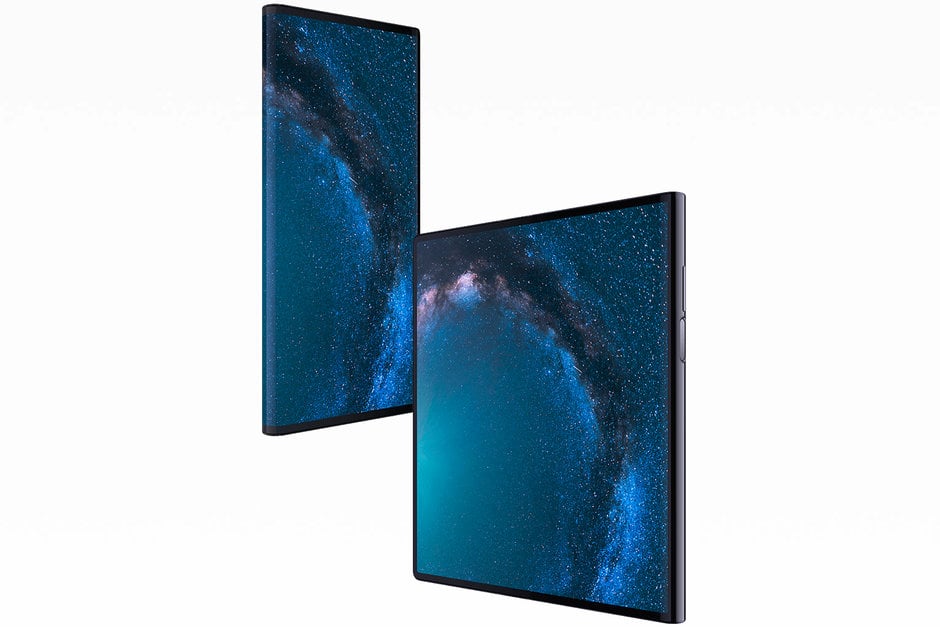 On folding, both the slabs fit snugly with barely any gap between them. This is thanks to the super sophisticated hinge placed down the middle. Huawei calls it the Falcon Hinge and is made of 100+ different pieces.

In the folded state, both screens remain active hence, you just have to spin the device to use the other screen. The front is of 6.6 inches diagonal and the back is a bit small at 6.38 inches. In the unfolded state, the device has a large 2480 X 2200 AMOLED 8-inch display.

5G is the new buzzword at this year’s MWC and the Mate X sure does support it! Huawei boasted top speeds, allowing you to download 1 GB in three seconds. That is, of course, if your carrier offers the speeds needed. Huawei prepared for future protocols by making the Mate X compatible with both NSA and SA architectures. The latter is not yet implemented but will be the one we will eventually jump on when 5G comes about. It even supports dual SIM cards to boot! 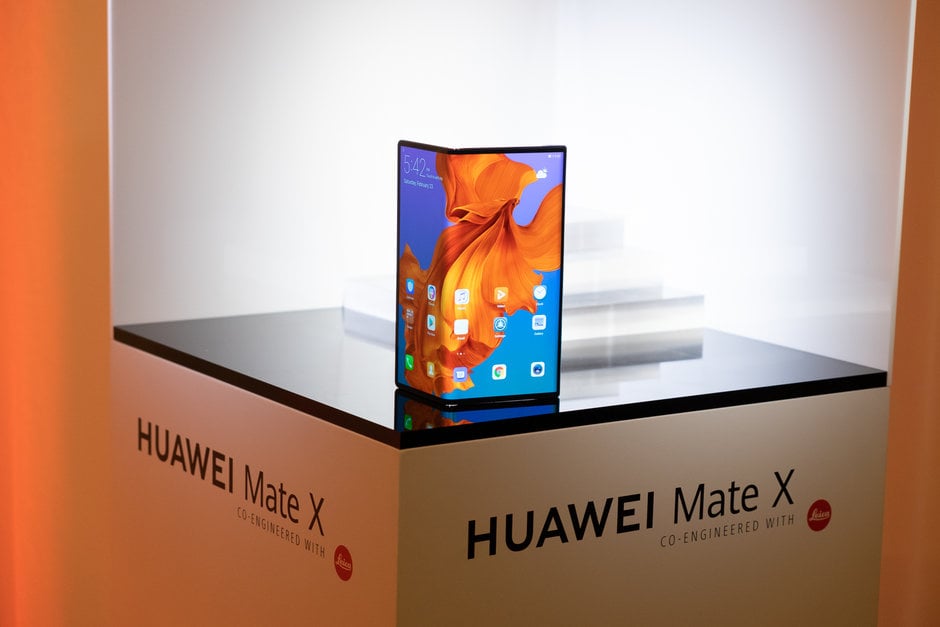 Under the hood, there is a Kirin 980 SoC running the show. This is a homemade chip, which powers the Mate 20 Pro. Built on a 7 nm process and capable of hitting speeds of up to 2.6 GHz, it’s a pretty competent, fast, and energy-efficient chip, which will even though2019, even though it’s a 2018 model. 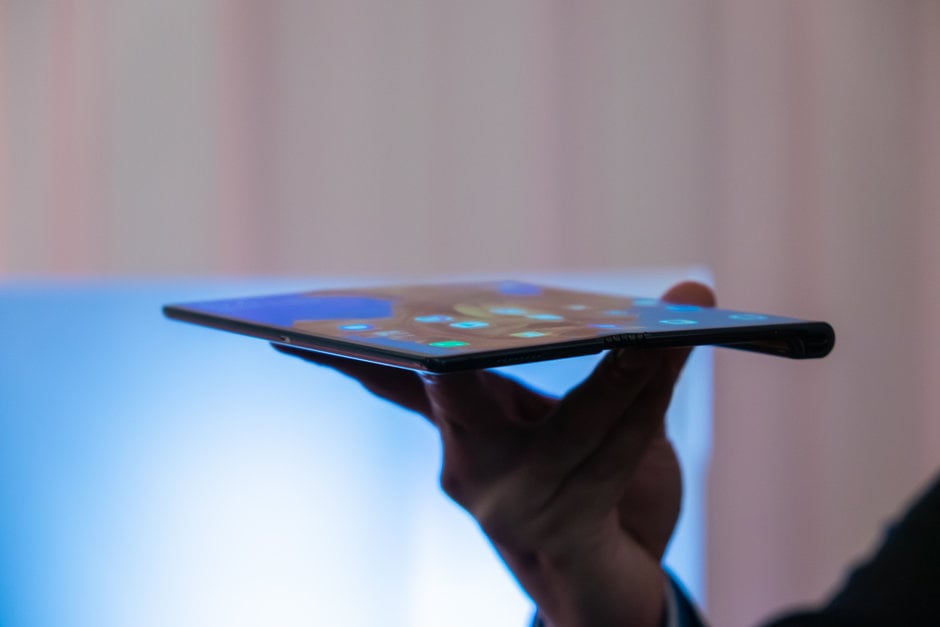 The whole thing is powered by two batteries, housed in the two halves of the device. Together, their capacities make for a 4,500 mAh juicebox, which should keep the lights on for quite a while. Especially with Huawei’s excellent power management, which impressed us on the Mate 20. It’ll also top up pretty fast with a 55 W Huawei fast charger, which will charge the phone up to 85% in 30 minutes! 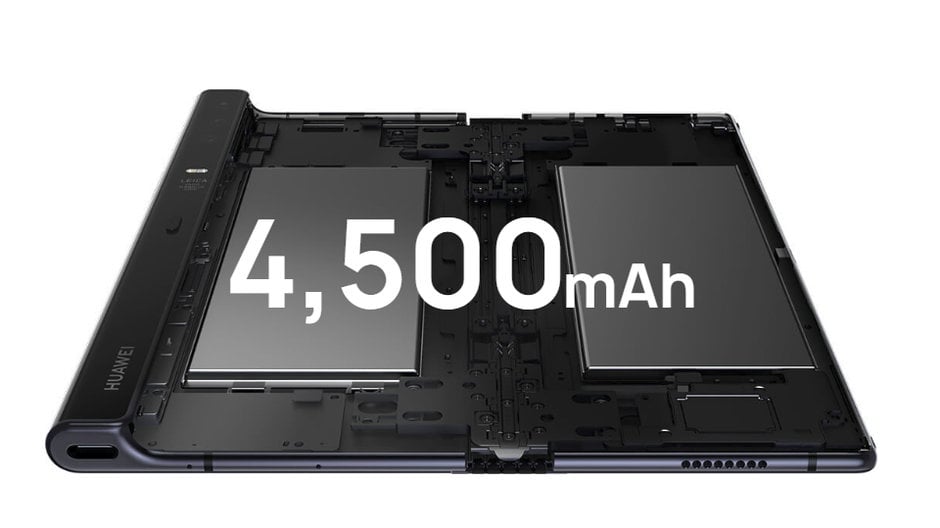 The Huawei Mate X sports a triple camera on the back, developed in partnership with Leica. Just like on the Mate 20 Pro, we have one telephoto, one wide andgle, and one ultra-wide-angle here. This means you get all the nifty features, from Portrait Mode to action cam-like wide-angle shots. And, since the Mate X folds to have a display on its back, you can use the main camera as a selfie shooter, too!

The Huawei Mate X will be available sometime towards the middle of 2019 and will cost… are you ready for this? Really?