In this Guide you will be able to install Android O Emoji aka Android Oreo 8.0 Emoji on your Android Phone. The Guide is simple and easy.

Google launched new and improved version of android emoji, which rolling out with new operating system called Android O.  In the recent version of Android marshmallow, Google never replaced the Orthodox-looking emoji that came in at the time of KitKat release. That’s why some of the OEM manufacturer like Samsung and LG opted for their own emoji instead of regular looking android emoji. 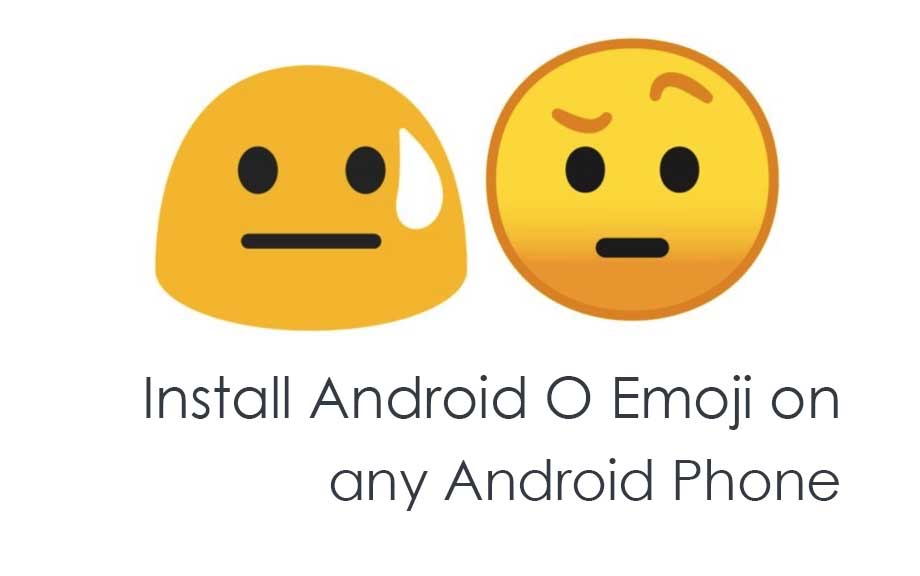 Today we will guide to install the latest Android O emoji aka Android Oreo emoji on any android phone using our guide below. As we know Google has so far not named the early android o preview build yet. Some say it may be called as Android Oreo and some say it don’t. So are you looking to try android 8.0 emoji on your phone? then yes you are in the right place to install it. As we know emoji has become a great part in our conversation nowadays. As we know WhatsApp, twitter, Facebook, and more social media become so useful. So people don’t stop sharing their feelings via emoji. With emoji we can share our feelings without even typing any chat message.. Every time we chat we kinda got used to use emoji very often.

As we seen android nougat, Google introduced new emojis and today with the latest android O preview 2 we have got many new emojis which kinda makes social chat much more meaningful. Well, if you don’t have Google pixel or nexus 6p to enjoy Android O Emoji, then in this guide you will learn to install all the latest android o emoji. The guide is simple and easy.. So sit back and read this guide to get Android O emojis on any android phone.

How to install Android Oreo 8.0 emojis on any android device?

With this guide you will be able to replace all your stock android emojis with android oreo 8.0 emojis. To install Android O emojis, first of all make sure to follow the pre-requisites.

Steps to Install Android O Emoji on any android smartphone :

Tags: Android Oreo, Emoji, How to