Xiaomi’s Redmi lineup of phones mostly targets the budget segment of the market. Although for the price point, they do provide some incredible specifications that make it suitable for anyone looking to buy a phone at the price point. That said, the new Redmi 10 and Redmi 10 prime series of smartphones are the new arrivals in the lineup. They feature an FHD+ display, a 50 MP primary camera, and an 8 MP front shooter. For the processing power, it is one of the first phones to feature the MediaTek Helio G88 SoC. The base variant comes with 4GB of RAM.

One of the lacking specifications for the budget or even the midrange sector is the water-proof feature. Mostly none of the phones provides you with that feature, except some which provide splashproof or water-resistant smartphones at the price range. So if you are wondering if the Xiaomi Redmi 10 and Redmi 10 Prime phones are water-proof, then you should definitely read this article to find it out. 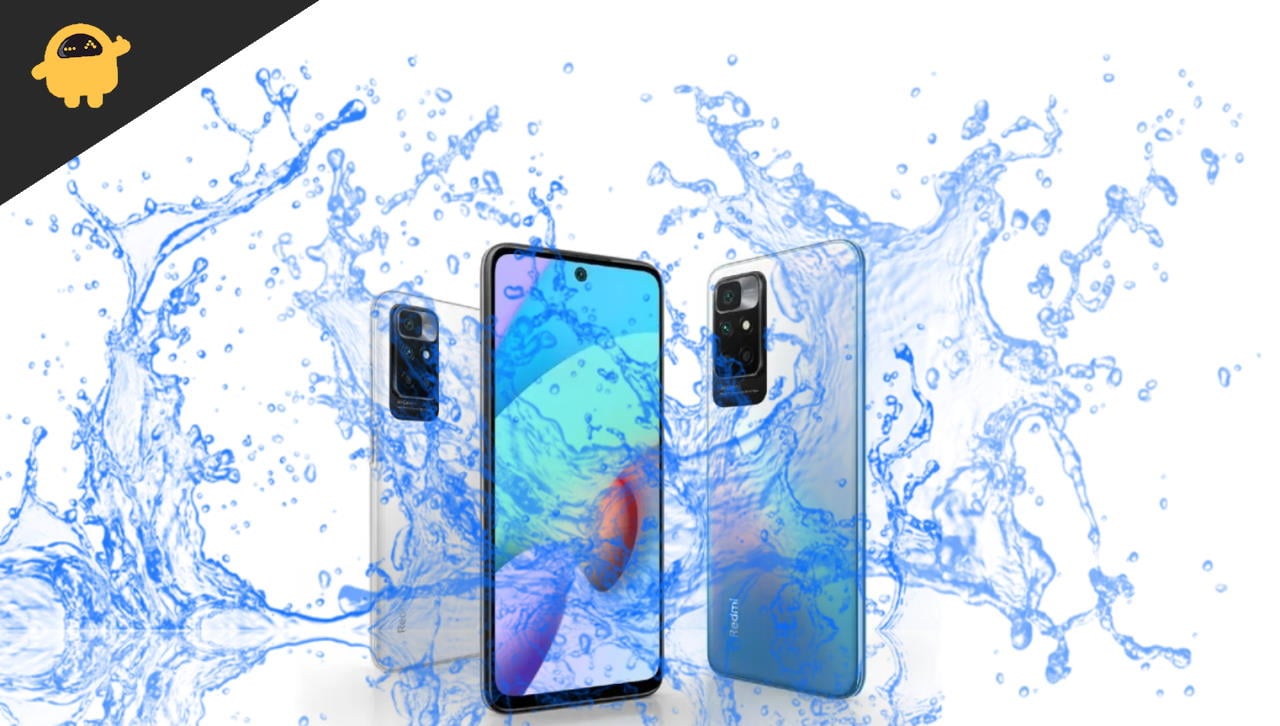 For any phone to be waterproof, it should at least have an IP68 rating. This Ingress Protection or IP rating denotes how well your phone could withstand dust as well as water. The first numerical digit will mean the level of protection against dust, while the second numerical digit should mean the level of protection against water. So here, IP68 means it should be able to withstand full submersion in water without any issues.

Although in the case of the Xiaomi Redmi 10 or the 10 Prime smartphones, there aren’t any official IP ratings available. So one could safely assume that the mobiles are not waterproof. There is no harm in assuming that way. Although if you look into the specs of the Redmi Note 10, you may be surprised to find an IP53 rating which means that the phone is water-resistant. We should try to avoid any confusion between the entirely different line-up of smartphones.

Although we decided to test the smartphones against water. By doing so, we can easily find out whether those smartphones are waterproof or not.

As a part of the test, we will be dropping both of the phones into a bowl full of water. This should simulate a water splash test, which most modern smartphones should be able to withstand because modern smartphones have a decent build quality, at least in terms of sealing against small water particles. In this test, we won’t be keeping the phone in contact with water for too long. However, we will be testing the phone only after thoroughly drying them. 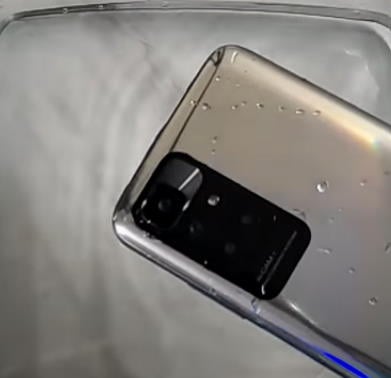 The second part of the test consists of a submerged test. To simulate which, we will be keeping the phone inside the bowl of water for 1 minute. This should help us to test the phone against water submersion, answering the question of whether the phone is water-proof or not. As said already, we will be testing the phone only after thoroughly cleaning and drying out. 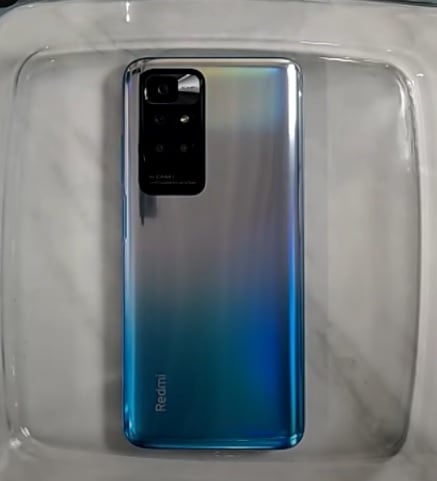 First, test both of the phones against a normal splash test. This test should simulate a scenario where your phone could fall into a small sink or pond and you pick it up as soon as possible. So we dropped the phone into the bowl, picked it up, and then dried it. Both of the phones seem to work perfectly without any issues. The phone passes the splash test, which means you do not have to worry if your phone fell into a sink and you picked it up quickly. 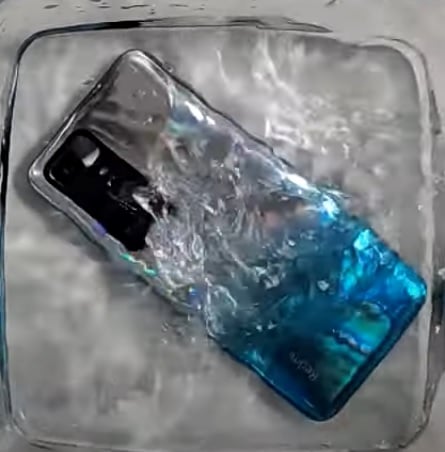 Although we are not certain of repeating the tests a couple more times, we might not ensure you that the phone will continue to work after that many splashes. It may work or not, but you should definitely try to avoid such situations.

Redmi 10 and 10 Prime phone vs Submersion 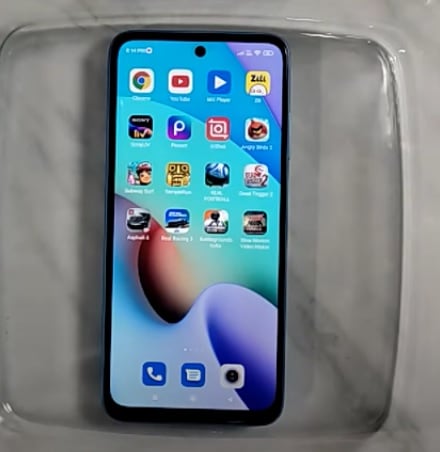 So let’s try to test the phone with a bit harder one. We kept both of the phones separately under the water in the bowl for one minute. Man, it was one long minute. After taking the phone out from the water, we tried to clean it thoroughly to ensure that there are no water particles. Now we tested for everything, touch, camera, charging port, speakers, mic. None of them showed any issues. All of the parts seem to work fine without any issues on both of the phones. This should prove that even if there aren’t any IP ratings officially provided by Xiaomi, the phone could withstand water at least to a small amount.

As you can see, clearly, both Xiaomi Redmi 10 and 10 Prime are not water-proof phones by design. The test results are just a reminder that the phones are just better splashproof phones. There is no official IP rating on phones like in the Redmi Note 10 phones which are IP53 rated. That means those phones are water-resistant by design, not water-proof. Although none of them mean that you should start using your phone underwater or you should use your phone in the rain. These protections are there just to protect “in case” you happen to accidentally drop it into water.