To begin with, the Xiaomi Redmi 10 launched in August 2021. The handset came with Android 11. In this guide, we will show you which are the best custom ROM for Xiaomi Redmi 10 available now. 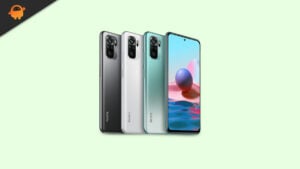 Lineage OS is one of the best custom ROM for any Android smartphone. Lineage ROM for Xiaomi Redmi 10 comes with a lot of features such as Customizable Status bar, Theme, Resizing Nav bar, Nav Bar color, and customization, Quick Toggle feature, and more other features.

You can follow the link to Install Lineage OS for Xiaomi Redmi 10 device.

Corvus OS is based on AOSP, with all the useful features required. Our objective is stability while being feature-rich at the same time. We won’t believe that Corvus is better ROM than others, but we will always try to give you the best.

ProtonAOSP is a minimal Android fork (custom ROM) focused on design, user experience, and performance, with a touch of privacy.

CherishOS is based on AOSP, inspired by Google Pixel, and Has a refined Material Design 2 UI crafted by Hung Phan. So many features that you probably won’t find in any ROM. All you can dream of and all you’ll ever need. Just flash and enjoy…

Nusantara Project is one of the Android ROMs with customization and tweaking for gaming or daily use. Made from Nusantara for Everyone.

That’s it! I hope you have installed the Custom ROM for Xiaomi Redmi 10. Leave a comment or feedback down below. Thank you!.

I hope this guide was helpful to find the Best Custom ROM for Xiaomi Redmi 10 which is suitable for you.

Want to revert back to Stock ROM, Check out this tutorial on How to Install Stock ROM on Xiaomi Redmi 10