The entire tech community is still hyped about the next major release of macOS, Big Sur. However, a developer named Felix Rieseberg had something else in mind. Taking the Apple fanatics down the memory lanes, he has created an emulator that will let you enjoy the three-decade-old Mac OS 8. Well, let’s get this perfectly clear, this ain’t any beneficial if you try and find its practical application. But the nostalgic factor associated with this emulator is more than enough to keep everything else aside.

I put an entire 1991 Macintosh Quadra with Mac OS 8.1 into an Electron app, together with a bunch of apps and games. It runs on Windows, macOS, and Linux… and JavaScript. Again: I'm sorry.

The developer has explicitly mentioned on his GitHub page that “Bear in mind that this is written entirely in JavaScript, so please adjust your expectations”. If you are interested in going a little bit further technical, then “the virtual machine is emulating a 1991 Macintosh Quadra 900 with a Motorola CPU”. For the unaware, Apple used this CPU architecture in the early 1990s before switching over to the PowerPC (Apple/IBM/Motorola).

One question that might be bugging our readers is whether you could run any games or apps on this Mac OS 8 Emulator. Well, the answer stands in the affirmative. You could try out the following pre-installed games:  Oregon Trail, Duke Nukem 3D, Civilization II, Alley 19 Bowling, Damage Incorporated, and Dungeons & Dragons. On the software front, you get the Photoshop 3, Premiere 4, Illustrator 5.5, StuffIt Expander, the Apple Web Page Construction Kit, among others. Photoshop is one app that a lot of you might be interested in trying out!

This is one domain that might disappoint a few users. It doesn’t support online access, at the time of writing. Anyways, we don’t think anyone would even try surfing the internet or stream YouTube on their Mac OS 8 Emulator. But you still get the Internet Explorer and Netscape preinstalled. And not to mention the Web Sharing Server.

You could also try transferring files over to Mac OS 8. To do so, simply drag and drop the desired files over to its folder and restart that application. Likewise, if you could get your hands on some old Mac disk images, then those could be mounted as well.

Talking about bugs, there exists a few of them. Apart from the absence of online support, you might face issues running a game or two. For example, a user tried running the Civ II demo but lead to immediate crashes. However, all this could still be forgiven considering that it is giving the younger generation a chance to try out the decades-old Mac OS on their setup. And that too without requiring much effort. 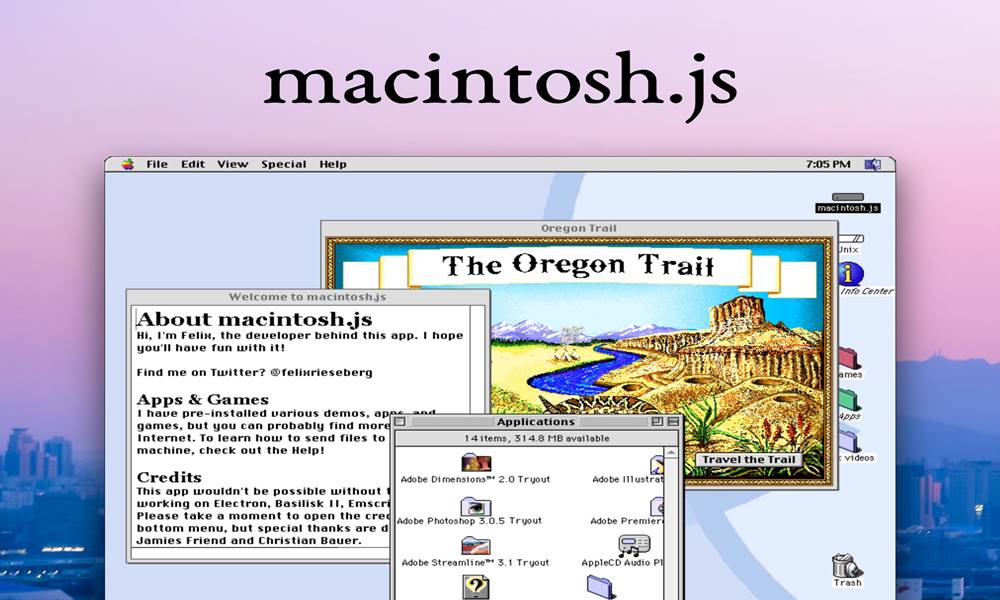 So are you ready to take a trip down the memory lane? If the answer stands in affirmative, then head over to his GitHub page’s Download section and grab hold of the emulator right away. You could try it out on Windows, Linux, and yes, the macOS as well!

So this was all about the Mac OS 8 Emulator. What are your views about this emulator? If you are ready to give it shot, then do share your experiences with us. Write down your views in the comments section below. Rounding off, here are some iPhone Tips and Tricks, PC tips and tricks, and Android Tips and Trick that you should check out as well.