With both heaps of praise and some unfortunate controversies received from players across the globe, these past two weeks had been quite eventful for fans of the beta version of the hotly anticipated Marvel’s Avengers. It already features a wealth of content for gamers to plunge themselves into.

Apart from that, Crystal Dynamics has recently introduced a new secret mission – the Snowy Tundra Drop Zone. This one is likely to go unnoticed unless you know where to look and carefully follow a specific set of steps. The mission in question happens to be one of the best in the game, so you certainly should not miss out on it. Now we will show you how to unlock the secret Snowy Tundra Drop Zone mission in Marvel’s Avengers. 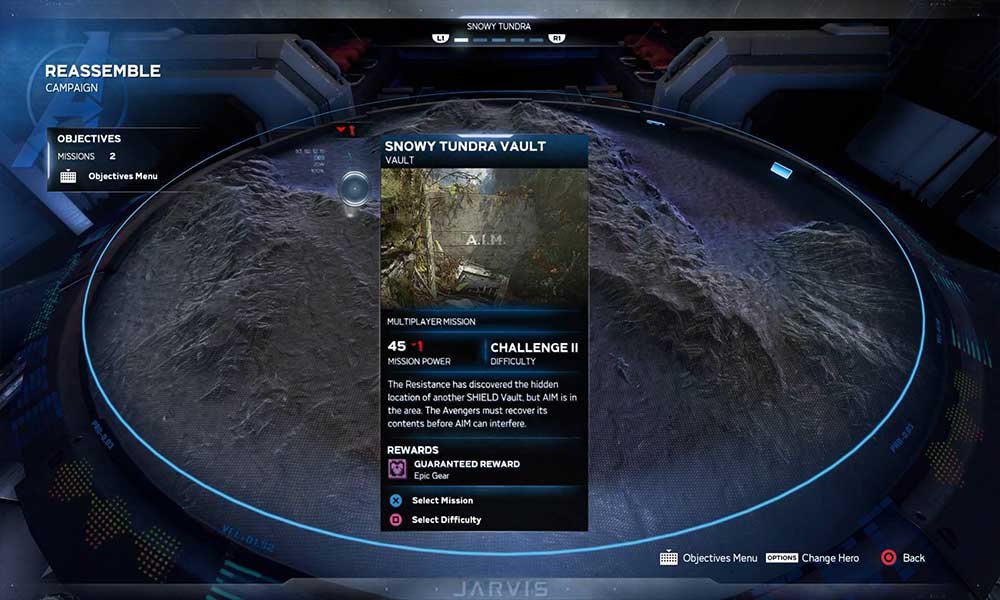 About the Secret Mission [Snowy Tundra] in Marvel’s Avengers

The Missing Links mission, in which Ms. Marvel and Hulk attack a secret facility in Russia, is one of the best experiences for several gamers in the present beta version of Marvel’s Avengers. Noticeably, you cannot access the story mission from the War Table Menu after you have finished it.

Fortunately, it is featured once again as part of a Drop Zone mission. This is basically a kind of shorter War Zone mission in the game. It features a plethora of high-level gear and side quests for you to complete. Additionally, you will not have to play as Hulk or Ms. Marvel this time compulsorily.

You have a slight chance of obtaining the aforementioned coordinates for the Snowy Tundra mission by completing every one of these quests. Thus, it is recommended that you complete all of them and perhaps even replay this mission a few times before it is completely unlocked. You can check the list of present quests by pressing Up on the D-Pad while playing the mission.

Crystal Dynamics has confirmed that during the beta weekends, they heightened the rate at which players can acquire the aforementioned coordinates. Thus, it appears that the finished version of the game will include this feature, and it will have a drop rate much lower than the present one.

Additional Information Regarding the Secret Mission

A rather bizarre fact is that even after you unlock it, the Snowy Tundra mission is not permanent. After you complete it for the first time after gaining access to it, it will vanish from the War Table. If you want to play that again, you will have to go back to Stark Realities and go through the aforementioned process of unlocking it once again. As of now, we are not sure whether this only happens in the beta version or a characteristic of secret missions in the final version of the game as well.

Needless to say, it isn’t very appealing to have to unlock secret missions repeatedly. However, you can join forces with your friends as long as one of you has unlocked it. Mark it on your War Table, and your friends can join you even if they have not unlocked it themselves.

That’s all we have for now. We hope this guide helps you understand all you need to know about unlocking the Snowy Tundra Drop Zone mission in Marvel’s Avengers! Now, check out our Windows Guides, Gaming Guides, Social Media Guides, iPhone, and Android Guides to read more. However, if there are any queries or feedback, comment down with your name & email ID. We will try our best to reply soon. Also, subscribe to our YouTube Channel to watch awesome videos on gaming and smartphone tips and tricks. Thank you.