Smartphones are far more advanced nowadays than the computer used in 1969 to ferry Neil Armstrong to the moon and yet, it crashes and develops issues that it may or may not be able to cope up with. One of such issues is the BQ Mobile restarting and freezing problem that users observe often. We at GetDroidTips received plenty of requests and comments on this issue and how to fix it and therefore, we decided to tackle the issue and provide a troubleshooting guide to help cope up with the situation. Here, you can dive into this guide right away. 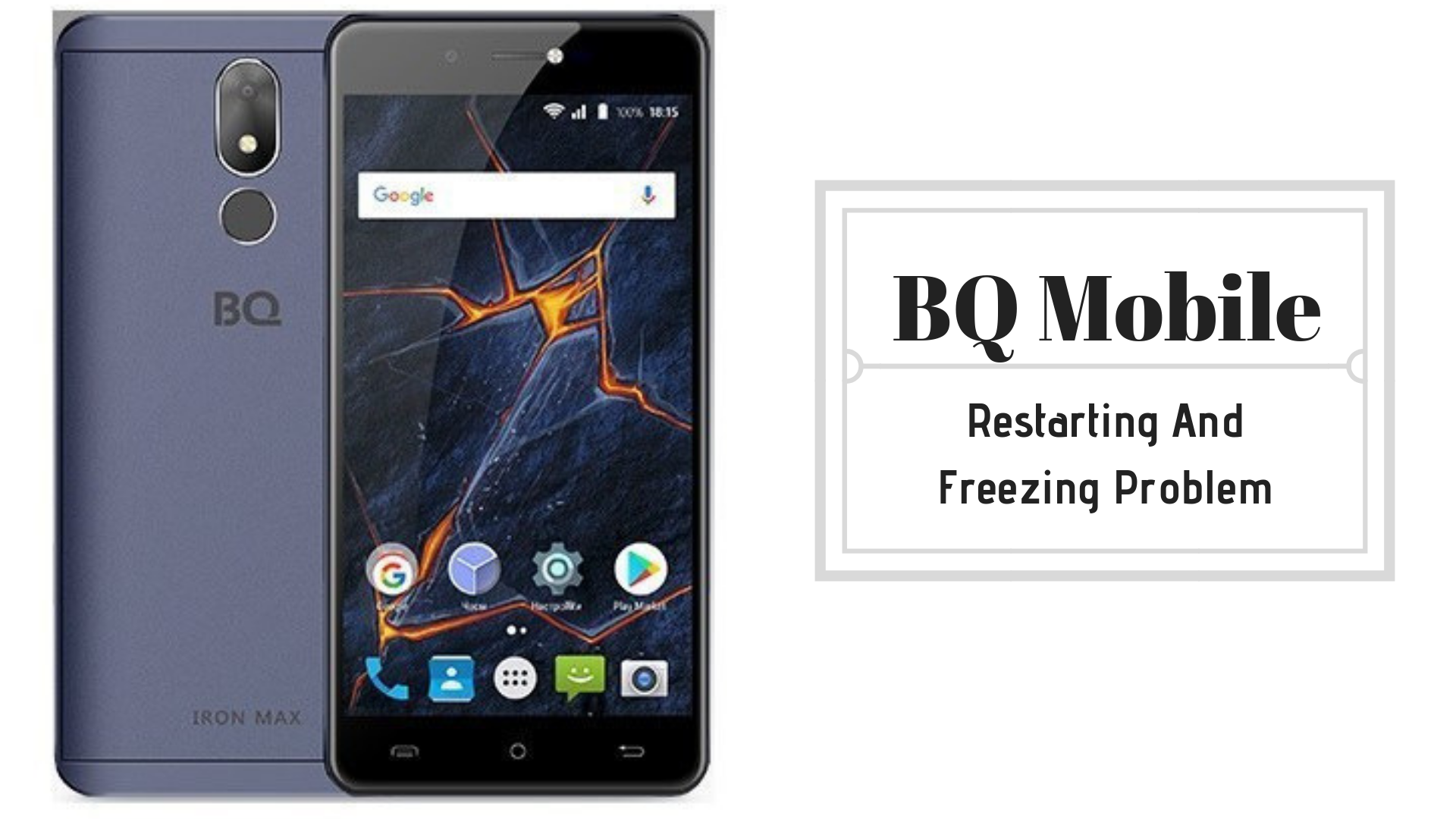 Well, most of the restarting and freezing problem occur due to overloading of apps and processes that are running in both background and foreground. Also, resource crunch and accumulation of cache files can add to the screen freezing and restarting problem as well. This is why experts recommend rebooting the device in such cases. Also, it is recommended to reboot the device every other day to keep it in a good shape.

Although you can perform a reboot, it is not possible if the screen is frozen. If you have a phone with a removable battery, of course, it is not a problem since you can remove the battery and the phone will shut down. But the problem is when the phone has a non-removable battery wherein you need force reboot to restart the phone once the screen is frozen. For this, you need to press the power button plus volume up and/or volume down buttons and keep it pressed until the phone shuts off. Note that you’ll have to try the combination stated above where the power button is compulsory with either or both the volume rockers.

The point of restarting the device is to kill all the operations going on the screen. Either you can do that or you can simply kill or purge all the apps running and the services such as NFC, Location, Bluetooth, WiFi, etc when not in use.

To close apps, go to Settings >> Apps >> Running and force stop all downloaded apps and other pre-installed apps but don’t do anything to system apps. Further, to shut down connectivity services that I spoke about earlier, simply roll down the notification panel and tap on the active icons and that’s all.

Apps play a vital role on a smartphone as it facilitates anything from chatting or calling friends or making a million dollars transaction and more without any issue. But apps have compatibility issues at times. This could happen due to a number of reasons such as the app is not optimized for the OS version that you are using or a newly downloaded app is crashing because of the older app(s) that are causing it to crash, etc. For this, you need to retreat to the safe mode where you’ll learn if the problem is due to a pre-installed app or a downloaded app although it doesn’t point towards a specific app, you’ll have to go in descending order to disable and uninstall to check if the issue is fixed.

As simple as that, you need to uninstall the apps that you no longer need to those hoard of unwanted apps that keep lying on your phone even though you won’t need it ever. It includes both third-party and bloatware. First of all, you know how to uninstall third-party apps which is simple as it sounds. On the other hand, bloatware or the apps that are pre-installed are difficult to remove since they cannot be uninstalled if you don’t know how to do it. For this, you can always disable the app simply by diving into the Settings > Apps > All > (Tap on an app) > Disable.

This is a particularly common issue with Android smartphones where they tend to cease to maintain their performance when the storage or the memory is about to run out or its full. Also, this makes the phone slower and crashes are much more often and so is the screen freezing and restarting that we are currently discussing. The common solution is to simply leave a chunk of storage empty.

This depends upon the total internal storage you have starting with the 4GB which were formerly used in smartphones to 64GB or more, etc. You can actually add one GB of free storage if your phone is 8GB and raise at least 1GB for every incremental storage configuration.

As you are facing difficulties with the ongoing restarting and freezing problem on your device, you need to clear the junk collected in the form of cache files. There are storage cache, app level and finally, cache partition that needs to be clear and you know what, the change in the performance is apparent once you clear all types of cache files.

Updated apps can relieve from a slew of possible bugs and viruses and other unwanted foreign agents that can render the phone useless in some cases. Thus, updating the apps every time you receive an update is imperative and if you will, you can also set it to auto-update from within the Play Store.

The same goes for the firmware which is actually the bane allowing interaction between hardware and software components. It makes upgrading the firmware even more crucial than you can think. But since Android suffers OS fragmentation, the updates aren’t available in most smartphones while others have to wait for months. If you will, you can always check out cool custom ROMs available online promising constant updates to steer away from potential bugs.

Now that you have learned about possible app compatibility issue, there is hardware that can be incompatible too causing the BQ Mobile restarting and freezing problem that we are discussing here. Have you recently changed the battery or the charger or have you been using a fast charger if your phone doesn’t support it or if a charger from another brand, etc. This and other like-issues can cause a lot of problems making it difficult for the users to not get annoyed when it occurs. A quick solution is to replace it or talk to a technician for advice.

The last piece of advice that I would give you before you walk into the last method listed below is to restore the phone to its original factory settings. This will actually relieve the phone from any resource crunch and overloading and bugs or viruses, etc. Since you have a BQ Mobile, you need to use this exact method to boot into the recovery mode and make things happen.
Step 01: Turn off the device.
Step 02: Press power + volume up for some time.
Step 03: See an Android logo on the screen yet? Release the buttons and move to the next step.
Step 04: Spot ‘clear data/factory reset’ and toggle to it using volume rockers and finally, tap on the power button to select it.
Step 05: Confirm and wait for few minutes so that the process can complete and there you have it.

Get a professional’s help

To put an end to the constantly irritating BQ Mobile restarting and freezing problem, you must approach a nearby service center and report about the issue to get closure and a fix for it if you haven’t been able to fix the problem using the guide above. The professionals will be able to help professionally by detecting the issue and resolving it charging a small amount of fee which is common so don’t worry about it.