But, if we take a closer look at the scores, the Nokia 7.2 scores 90 in the Photo category while the Nokia 9 PureView scores 2 points less at 88, which gives us a clear indication that the cameras on the Nokia 7.2 perform slightly better than the Nokia 9. 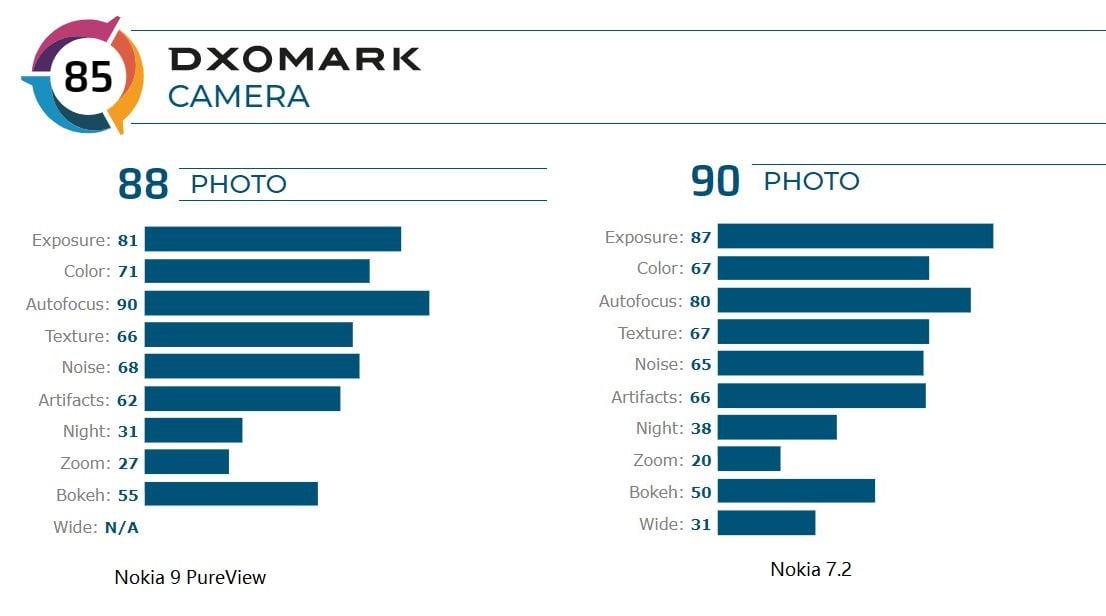 What’s interesting is that the extra ultrawide lens on the Nokia 7.2 helps it to get a better “Photo” score. This also gives us some indications that Nokia is trying to improve on its camera quality and performance and we might see improved camera phones in the future. Let us know in the comments below what are your thoughts on the DxOMark performance of both the devices.