Oppo added one more smartphone to its mid-range segment in India. Oppo A52 may be a direct competitor to smartphones like the Redmi Note 9 Pro Max and the Realme 6 Pro. It although features some good features like quad-camera setup, 5000 mAh of battery with 18-watt fast charging, and much more. The device came out of the box with Android 10 (ColorOS 7.1) update. Here we will know whether the device will receive the official Android 11 (ColorOS 8) update.

You landed up to this article with a question that what is the status from Oppo to push the Android 11 to the newly launched Oppo A52. Well, then go through this article, and by the end of the article you will be able to clear all the doubts regarding Oppo A52 Android 11 (Android R) Update Status, either it is Android 11  official update or Android 11 Beta update. 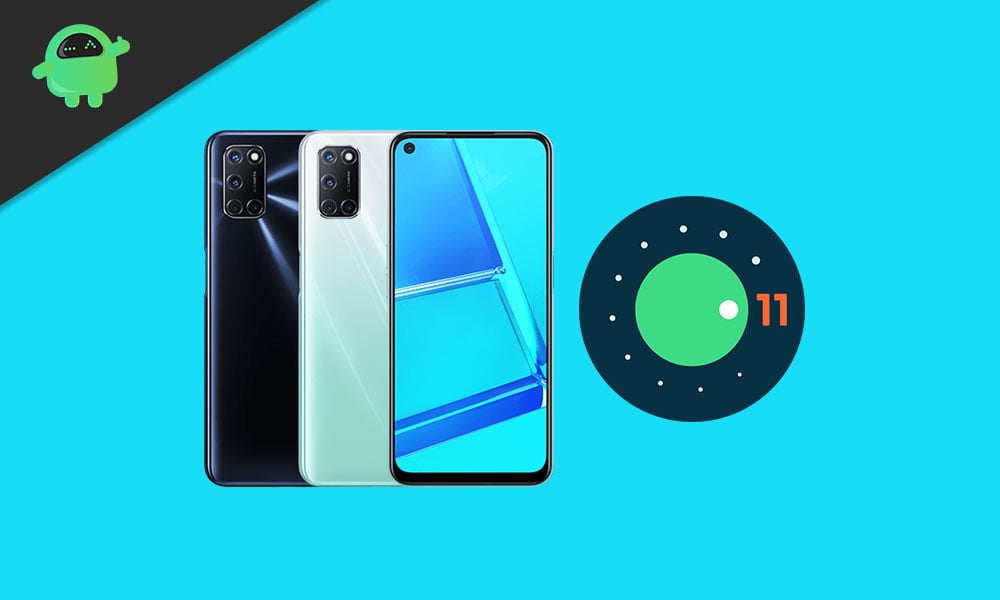 Oppo A52 features a 6.5-inch Full HD+ (2400 x 1080 pixels) resolution display with a punch-hole cutout within the top corner which provides the screen a 20:9 aspect ratio, with minimal bezels on three sides. The phone measures 8.9mm at its thickest point and weigh around 192 grams.

In terms of camera, it includes a quad-camera layout at the rear comprising of a 12-Megapixel primary camera with an f/1.7 aperture, an 8-Megapixel ultra-wide-angle lens with 119-degree field-of-view alongside twin 2-Megapixel sensors for depth mapping and macro shooting respectively. The rear cameras can record in 4K at up to 30FPS with support for electronic image stabilization (EIS). The front gets an 8-Megapixel camera for selfie shots or video chatting.

Under the hood, it is equipped with an octa-core Qualcomm Snapdragon 665 SoC paired with a 6 GB RAM and 128 GB of onboard storage. Two other variants will have 4 GB and eight GB of RAM alongside an equivalent 128 GB of storage, which is impressive considering that the majority manufacturers usually start with a 64 GB storage option with the entry-level model.

The device is fueled from a 5000 mAh battery, which again is backed by an 18 W fast charger. The phone runs the newest ColorOS 7.1 supported Android 10. There are stereo speakers also backed by Dirac 2.0 tech while the fingerprint sensor is embedded within the side-mounted power button. Connectivity options include the standard set of Wi-Fi, Bluetooth. 4G VoLTE and GPS. A USB-C port performs charging, and data transfer roles. Color options include Twilight Black and Stream White.

Will Oppo A52 Receive the Android 11 Update?

Well, Oppo only promised the beta update of Android 11 to Oppo Find X2 and X2 Pro. Regarding the official Android 11 Update for Oppo A52, there is nothing to worry about, the device will surely receive the update. According to the CMO of Oppo, almost every Oppo device gets at least 2 major software updates. Since Oppo A52 was launched with Android 10 out of the box, and it will receive the next 2 major updates; Android 11 R and Android 12.