It is heart-breaking if the Poco F4 GT you bought with your hard-earned money doesn’t turn on. After going through the various forums, including Mi Community, I found out that there are many complaints about Poco F4 GT not turning on issues wherein your phone simply shows a black screen or is stuck on the MIUI logo or elsewhere. This isn’t a particularly serious problem unless it is because of a hardware issue since software issues can be dealt with easily, not hardware ones. Here’s a troubleshooting guide on fixing the Poco F4 GT not turning on.

The device was launched globally, a rebranded version of the Redmi K50 Gaming Edition handset that was launched in China earlier this year. The smartphone features a 6.67-inch full-HD+ AMOLED display, powered by a Qualcomm Snapdragon 8 Gen 1 SoC, and offers up to 12GB of LPDDR5 RAM. 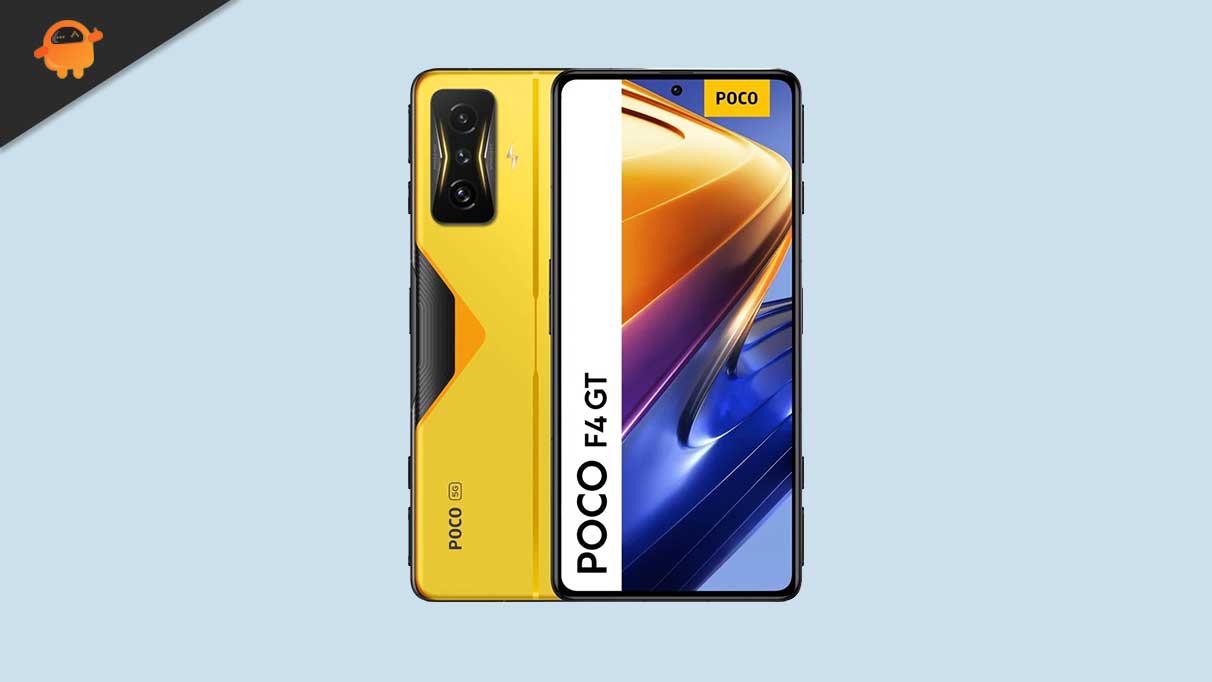 The Poco F4 GT features a 6.67 inches AMOLED panel with a 120 Hz refresh rate. It is an FHD+ panel with a resolution of 1080 x 2400 pixels and an aspect ratio of 20:9. We get Gorilla Glass Victus protection at the front of the device. Under the hood, we get the Qualcomm Snapdragon 8 Gen 1 processor built on a 4 nm manufacturing process. It is an octa-core processor with one Cortex X2 core clocked at 3.0 GHz, three Cortex-A710 cores clocked at 2.5 GHz and four Cortex-A510 cores clocked at 1.8 GHz. For handling the graphics-intensive tasks, we have the Adreno 730. The smartphone comes with Android 12 out of the box with MIUI 13 skin running on top of it.

The smartphone comes with two storage options: 128GB internal storage + 8GB RAM and 256GB internal storage + 12GB RAM. We also do not get a MicroSD slot for storage expansion. In terms of communications, we get Wi-Fi 802.11 a/b/g/n/ac/6, Bluetooth 5.2, GPS, NFC, Infrared port, and USB Type-C 2.0. And for sensors, we get a side-mounted fingerprint sensor, accelerometer, gyro, compass, and color spectrum. Powering it all is a 4,700 mAh battery that can be topped up quickly using a 120W power adapter. The company claims that the smartphone can go from 0 to 100 in just 17 mins. The smartphone is available in three color options: Stealth Black, Knight Silver, and Cyber Yellow.

If your device is not turning on or not showing any sign of life, then don’t worry. You can follow our troubleshooting guide to fix the problem quickly.

Most of you must’ve done it, but I am putting it anyway for other readers. Since you are getting a black screen or the display is stuck on the MIUI logo and isn’t budging, try pressing the power button for a few seconds. See if that makes any difference.

If pressing the power button doesn’t budge the system from its black screen state, it’s time for a forced reboot. You need a combination of buttons to trigger it. In the case of the Poco F4 GT, it is a volume down plus power button for the Poco F4 GT. You need to press both the buttons simultaneously until the phone vibrates. Check if the phone turns on or not.

There’s a chance that the phone is doing fine; however, the power button is either jammed or broken in the power-off position. Pressing a broken power button may not trigger a reboot, and you will have to use ADB tools to fire the system and boot it up. Reach out to a technician to get the power button replaced.

This works if the battery has drained after frequently rebooting the device. Plugin the charger and let the device charge for 20-30 minutes. Now, press the power button to see if it turns on.

Some smartphone models still use a removable battery (not Poco F4 GT). If you follow this troubleshooting guide for any phone with a removable battery, you can remove it. Wait for a few seconds and insert the battery. Check if the phone turns on now or not.

I am talking about torching off all the data stored on your phone, including apps, settings, and others. This will get rid of all the data stored and give you a phone just as you purchased it, ready for setup. Take a backup of the data beforehand. This could work if there was a software-related issue causing the Poco F4 GT not to turn on. If it was a hardware issue, check out the next option mentioned below. Here’s how you can factory restore your Poco F4 GT using Recovery Mode(difficulty level: moderate).

This is where you will re-flash the firmware onto your device. If at all the Poco F4 GT not turning on was a software issue, this method should work. You’d need an ADB tool that you can download from Google’s developer’s website and the firmware from Google or your OEM for the model you are using. Download the required tools and use ADB on your computer to re-flash the firmware. If you can’t or don’t know how to do it, take your phone to someone who knows how. You could end up in a reboot logo or other issues if the flash isn’t done properly.

Considering that no amount of work (if you followed several methods mentioned above before failing) was able to retrieve the device, and it is still unable to turn on, the device likely has a hardware issue. Several components could go wrong and you need a technician to fix the issue either by repairing or replacing the affected component to restore the phone to a perfect working state.

Of course, there’s an option even after you go through the final resort mentioned above. If the Poco F4 GT not turning on is a serious issue due to faulty hardware, you will need a new phone. If you have recently bought the phone, you can still get a replacement if contacted within 10 days after the purchase. Note that some devices have a replacement period of 7 days so you will have to hurry.