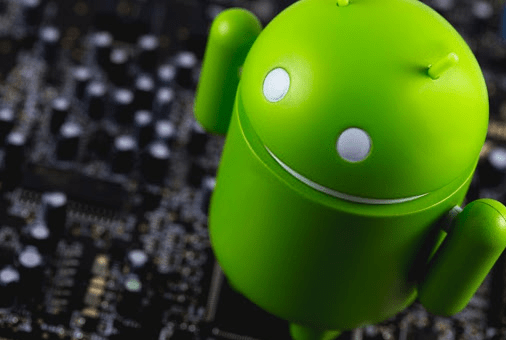 Android is one of the most used Operating Systems in the world. Since it is made explicitly for smartphone and tablet devices, it has a greater reach and a better growth rate than any other OS in the market. But that is not the only reason for the popularity of Android.Since Android is an open-source OS, it provides users with greater flexibility for customization.However, while exploring your Android device, you might come across some settings or options that are restricted for you. These manufacture-imposed restrictions deny you to get full control of the phone. This is where “rooting android smartphone” comes into the picture.In this post, we would discuss what Rooting is and what are its advantages and disadvantages.

What is Rooting?As already mentioned, Android OS provides users with a lot of customization options, but the manufacturer blocks many settings as mishandling those settings can cause device failure and expose your device to security and privacy risks. However, if you are tech-savvy or an Android developer, you may want to explore those restricted settings to get full control of the phone.

Rooting the phone allows you to do that. It is the process of enabling users to get privileged control, also known as root access of the Android OS devices. A regular user becomes the Superuser of the device after rooting.

Though rooting a device brings a lot of advantages, it comes with many demerits too.

Rooting a phone would permanently void its warranty. The reason for it is evident. Rooting puts your phone at greater security, privacy, and other significant risks. The phone manufacturer company cannot handle the rooted phone burden as consumers’ mistakes could cost them financial and workforce losses. After the phone is rooted, the device maker would not cover any damages to it, even the hardware ones, since its hardware is directly linked with the OS.

Rooting an Android phone requires moderate to advanced technical knowledge. Bricking the device is one of the most common threats while or after rooting it. If you are new to rooting, the risk is even higher. Missing even a small step can lead to significant damage. Unbricking the device is almost an impossible task. The only option remains is to get the new one or convince the manufacturer for the phone replacement if it is under warranty.

When you root the phone and enable its full potential, you also push it into major security threats. After rooting the phone, you get the advantage of installing a custom ROM for its complete make-over. If the custom ROM is installed from unverified or unknown sources, it can bring viruses and other harmful malware programs along with it.

Other than that, rooting the phone also allows you to install applications that can take control of almost everything on your device. It is, therefore, become essential to take measures for securing the device from malware and privacy attacks. For that, you must equip your system with a robust antimalware program such a Bitdefender Total Security at discounted price, which is available for all the major OS, including Android.

No OS and Security Updates

For the device to function properly and get the latest features, it must get updated regularly. An Android phone primarily gets two types of updates – OS update and Security update. These are the OTA updates provided by the manufacturer themselves. If a phone is rooted, it won’t get any such updates, and users must install those updates manually, risking the phone’s working.

One of the primary reasons for the phone rooting is to enhance its performance, but often the opposite happens. In order to get added features and applications, you have to change your phone’s default limits that can cause many problems such as battery damage, processor damage, and others. Some users perform overclocking to enhance processor performance. However, if the processor is not meant for enhanced clocking, it may heat up and eventually get burned.

Rooting is not always harmful to the device if it is done with precautions. First, let us clarify that rooting an Android phone is not ILLEGAL unless you are contracted. Rooting has many benefits for fully utilizing your phone’s capabilities.

Take Control of your Device

Although Android is an open-source OS, many manufacturers limit its features to prevent accidental damage by the users. However, advanced users and Android developers can utilize restricted features by rooting the phone. Everything can be customized like graphics, sound, LED lights, themes, and more. You have total control of your device with you.

After rooting the phone, the user can easily free up the device space by deleting the bloatware and other stubborn apps. Bloatware are the pre-installed apps that refuse to get uninstalled in non-rooted phones because there is an agreement between the phone manufacturer and the software company.

Rooting allows you to install the latest operating system on your phone before it is available officially. With the custom ROMs and alternative kernels, a user can run an entirely new OS without actually getting a new device. Another advantage is if your phone is old and the manufacturer has stopped providing the OTA updates, you can still enjoy the latest Android version after rooting and installing the compatible custom ROM on it.

By rooting the phone, you also get the option to install the apps that are usually restricted or incompatible with your device. Many of such apps provide the added functionalities.

Though most Android devices support the SD Card installation, they restrict the apps’ installation on them. It means you can only store files, photos, and other documents on the SD card. Rooting the phone would allow you to enable the SD card support option so that you can install the applications on it too.

Should I root my Android Phone?

Android gives you immense customizing power, but with great power comes great responsibilities. Rooting Android phones is a great power, but it must be used correctly to avoid destructions.

Before rooting your Android phone, you must be clear in mind why you want to do that. Now, you know about its demerits and merits so you can weigh them and make your decision accordingly.

If you are rooting a device for the first time, it is recommended you first do it on a spare phone that is not much important to you. If you successfully root it, you will have much more confidence in doing it on the primary phone. It is also advised not to perform rooting until the phone is under warranty.