The much-awaited action RPG Scarlet Nexus is now official that has been developed by Bandai Namco. The game offers extra-planetary problems to Yuito and Kasane to fight with enemies and unlocks all mysteries of a Brain Punk future between technology and psychic abilities. Although the title has been appreciated by players and has positive reviews, plenty of players are experiencing Scarlet Nexus Crashing on Windows PC.

In terms of the hack-n-slash type of role-playing game, Bandai Namco has done a great job with the characters, animations, graphics, story play, etc. It’s needless to say that each and every PC version game do come with multiple bugs and errors & so the Scarlet Nexus. Apart from startup crashing, unfortunate players are also facing black screen issues, application load errors, no sound bugs, failed to load system data, and more.

There are multiple reasons behind the startup crashing issue of PC games that we’ve mentioned below and their possible fixes too. But keep in mind that one of the most common mistakes PC users do is that they don’t check the game’s system requirements properly before purchasing or playing. 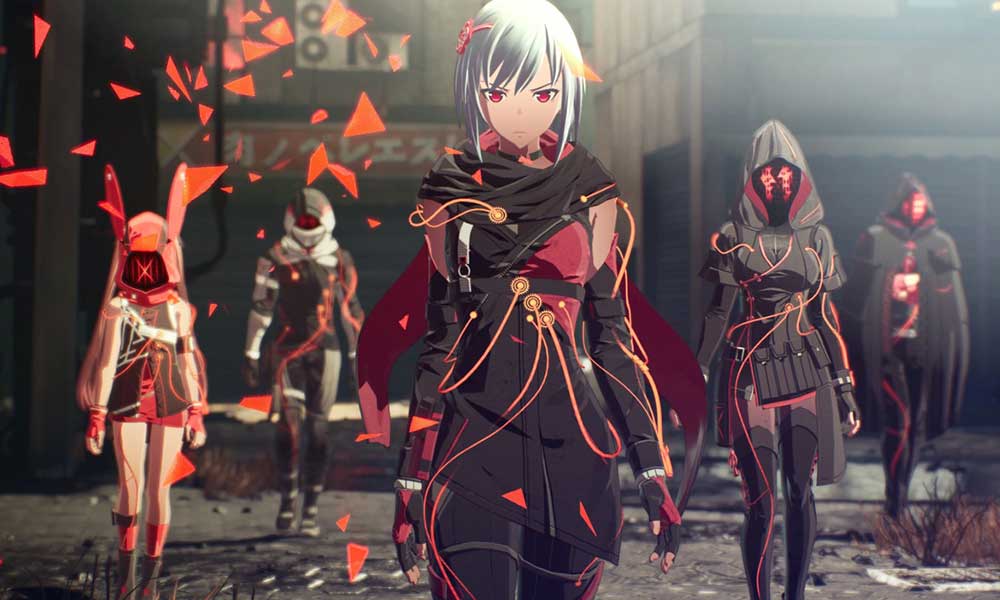 A hardware compatibility issue can cause several issues whatsoever. Whereas an outdated graphics driver, an outdated Windows OS build, issues with the DirectX version, corrupted or missing game files, the overclocked performance of CPU/GPU that eventually occurs bottleneck, third-party overlay apps, and more.

As we’ve all the possible reasons, make sure to follow this troubleshooting guide.

Now, first of all, check out whether your PC configuration is compatible with the system requirements of the Scarlet Nexus game or not.

If your game is running without the admin privilege on the Windows computer then the chances are high that you’re doing mistakes while launching the game. Just make sure to launch the game as an administrator to allow the system to run it properly.

An outdated Windows OS build can also cause several performance issues on your computer and crashing the game during startup or at the loading screen is one of them. You should try checking for the Windows OS update and install all available updates to always up-to-date.

Whereas if you’re running the latest Windows 11 version on your computer, then do the following:

Once done, you can check whether the Scarlet Nexus Crashing issue has been fixed or not.

An outdated graphics card driver on your Windows PC can also cause multiple issues with the gameplay such as lags or crashes. If you’re still facing such issues, make sure to keep your GPU drivers up-to-date by following the steps below.

If in case, there are plenty of unnecessary tasks running in the background then make sure to close them individually. Otherwise, all of those tasks will consume a lot of CPU and memory that can obviously affect the system’s performance while gaming.

Sometimes your installed game files either become corrupted or missing which will eventually cause startup crashing or game stuck at the loading screen issues on Windows. So, repairing the missing or corrupted game files on your PC using the Steam client is one of the important and easier tasks for sure.

Although 30 FPS is the minimum cap for playing games at an average graphics and optimal smoothness, you can at least play the game if your computer isn’t powerful enough.

Make sure to download and install the latest Microsoft Visual C++ Redistributables on your Windows computer to keep things flawless in every aspect. You can grab it here.

Multiple reports are coming out that both the Steam and Nvidia GeForce Experience overlay tool on your Windows computer can easily cause issues with the Scarlet Nexus crashing. So, if you’re experiencing random game crashes then make sure to disable both the overlay apps temporarily to resolve such an issue.

Running a PC game in the fullscreen mode takes up a lot of processing power and system resources which may eventually affect the system’s performance whatsoever. So, you should try launching Scarlet Nexus in Windowed mode on your computer to fix the issue.

Alternatively, you can try adding the Scarlet Nexus installed folder to the whitelist of antivirus protection so that the security measures won’t gonna scan or prevent those files anymore.

As most PC gamers want to get ultra-high performance from their installed CPU and GPU, they manually overclock the hardware. However, sometimes overclocking can reduce the gaming performance or your game starts crashing unexpectedly due to compatibility issues or bottleneck issues.

Therefore, you can use the MSI Afterburner tool or Zotac firestorm application to reduce the overclocking frequency or disable it to the default.

If none of the methods worked for you, try uninstalling and reinstalling the Scarlet nexus game on your PC. In most scenarios, simply deleting and installing back the game can fix corrupted data or cache issues completely.