In this tutorial, we will show you how to display the Windows 10 Taskbar icon date in small icons. The taskbar in the latest iteration of Windows holds some pretty important functionalities. To begin with, you could see the date and time, WiFi signals, control volumes, and see the opened applications or the ones running in the background. The latter one is done by clicking on the upward arrow (Show hidden icons). Apart from that you could check out all the notifications or switch to Task View right from the taskbar itself.

Likewise, there are some taskbar customizations available. For example, you could lock it so that it remains there even in full-screen mode or hide it in a tablet mode. Furthermore, you could also use small icons in the taskbar. This will shrink down the size of the entire taskbar and hence will give you a more screen area to deal with. However, while doing so, Windows makes the date disappear from the Taskbar.

This is something that is receiving a lot of flak. Rather than completely removing it, it could have made the date visible right next to time itself. But we aren’t here to discuss what could have been, rather let’s try to fix this issue with whatever things we have at our disposal. In this regard, we are going to share a tip through which you could make Windows 10 taskbar display the date when Windows 10 Taskbar is set to show small icons. Let’s begin.

How to Show Windows 10 Taskbar Icon Date in Small Icons

For the unawares, one could use the smaller icons in windows 10 Taskbar by right-clicking on it and selecting the Taskbar Settings option. Now simply toggle on the Use small taskbar button (the fourth option). 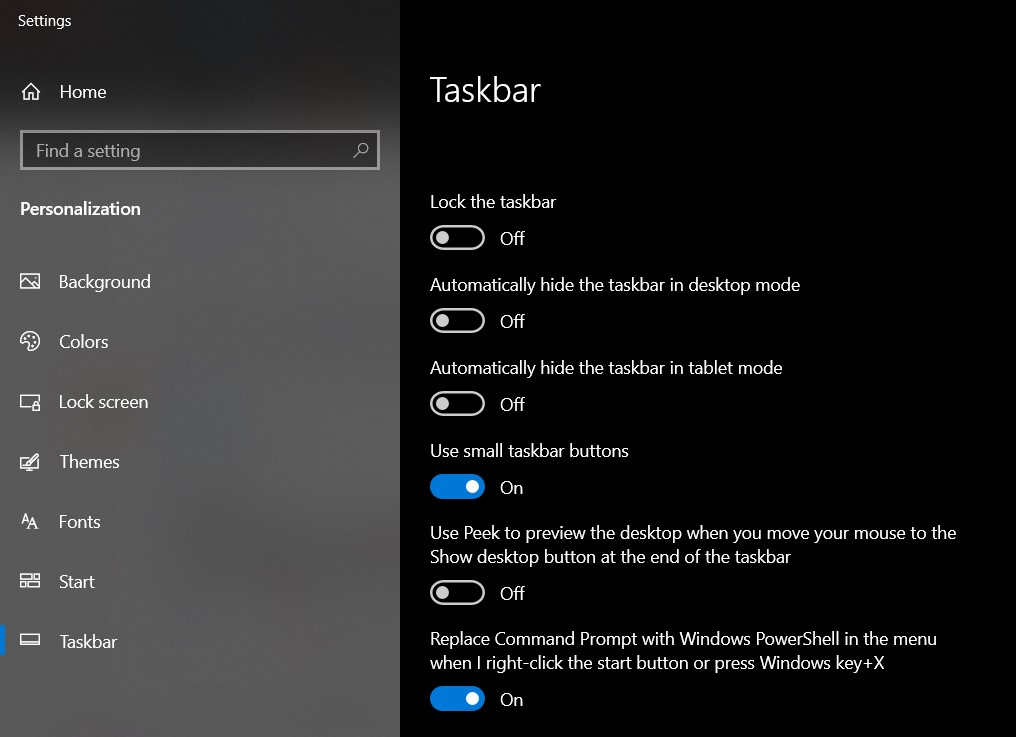 So one solution automatically comes up is to just disable the toggle and you could easily view the date and time as before. However, this isn’t why you are here in the first place. So if you wish to view the Windows 10 Taskbar icon date in a small icon, follow the below tips. We have shared two different types of methods. Follow the one that suits your need.

The thing is date is usually placed in the second row in the Windows taskbar. tThe small icon feature simply removes this second row and hence the date as well. So to get back the date, hover the mouse just at the edge of the taskbar. You should now see the cursor icon changed to a two-way arrow. Perform an upward drag from the taskbar edge and you should now see the taskbar getting raised to double its size. And in doing so, the date will now also be visible.

But don’t you think it looks more visually distorted now? If you are not into the visual aspects that much, then its all well and good. But some users might feel the icons to be randomly arranged in the right-hand of the taskbar. If you echo this feeling as well, then there’s a temporary fix that you could try out, as mentioned below. Let’s have a look at it.

So if increasing the taskbar size doesn’t meet your UI standards, then there’s a temporary fix. You could also see the date even without increasing the size of the taskbar. For that, just hover your mouse over to the time and it will display the complete information: Date, Local Time, and times from other Time Zones as well (if you have set it up).

Although the second option requires you to hover your mouse to see the date every time, yet I personally prefer this method over the former. The reason being the fact that checking out the date is a one or two-time task throughout the date but the increase in taskbar becomes permanent which distracts me now and then.

However, it is a personal choice and is open for discussion. We would love to hear your views on the same. Do let us know in the comments which methods you ultimately end up choosing. So with this, we also conclude the guide on how to show Windows 10 Taskbar icon date in small icons. Rounding off, here are some iPhone Tips and Tricks, PC tips and tricks, and Android Tips and Trick that you should check out as well.