A year ago, Google launched Google Allo and Duo as its primary chatting and Video calling apps respectively. The duo was a success indeed but the same thing cannot be said for Allo. Their many reasons for this failure of Allo, first and most important is that the world is already addicted to apps like WhatsApp and Messenger. Even if Allo comes off with some cool features like amazing stickers, self-destructing messages and incognito messaging it was unable to compete with WhatsApp because it lacked some basic features like a desktop client. But recently Google has also launched a web version of Allo just like WhatsApp, which allows the user to use it on Mac and PC. Here i will show you the steps to use Google Allo on PC or MAC.

In this article, you will be guided to how to use the web version of Allo app and will also be given some tips on how to convert web version of the app into a standalone app for your desktop. So if you are someone who can’t use Allo just because there is no desktop version for it then this article is just for you. 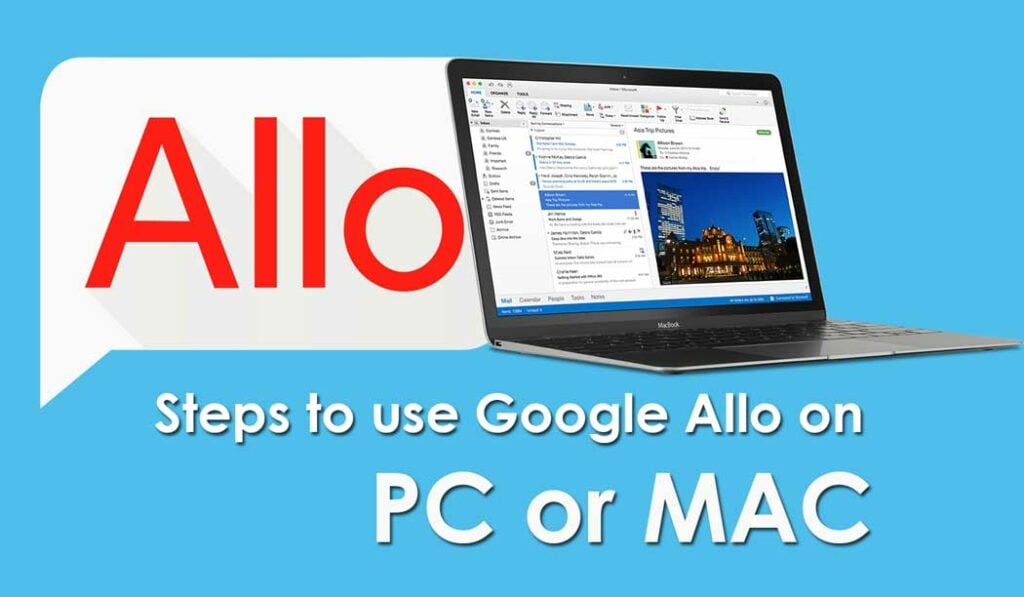 How to use Google Allo on PC or MAC

Things to know before using Allo on the web

Google has indeed launched a web version of Allo but it comes with many restrictions. At the time, the web version of the Allo can only be accessed if have an Android phone. However, very soon it’ll come for iPhone as well. This is not it, the web version only works on Google Chrome which is also one of its drawbacks.

Use Allo on Chrome

No matter what kind of OS you are using, the method for chrome will be same on all.

As it was promised here are the steps to create a standalone web app for Allo that will work on the Chrome.

Due to restriction, same this as Windows cannot be done on MAC. So here we’ll have to use a third party app to do it.

The web version of Allo app is not so cool, but at least it’s a small step in right direction. Till the apps by Google are launched these mentioned steps can be used to create personalized desktop apps for Allo. It is same as using WhatsApp on PC or MAC but it is something on which PC users can rely on.