Apple iOS 13 comes with significant improvement such as the Control Center functionality such as the toggle feature, which allows you to change or switch Bluetooth quickly, Bluetooth, Airplane Mode among other small windows over the primary app. Meanwhile, the main focus on iOS 13 is to adopt the Dark Mode, and Network switching allows users to quickly enable Bluetooth without opening the Setting app on your device.

Whereas, the iOS 13 and iPadOS 13 gives you an option to toggle Wi-Fi and Bluetooth Setting to control open setting directly. There were some small changes. Nobody likes to exit their primary app and then open the setting to just open Bluetooth settings on their device. Likely, this feature can be easily accessible with the Control. If you are owned an iPad Pro and iPhone X series, then you need to pull-down from the right to open Control Center, and If you are on Older devices, then you need to pull-up from bottom to access Control Center.

How to Switch or Change Bluetooth Device quickly on iOS 13? 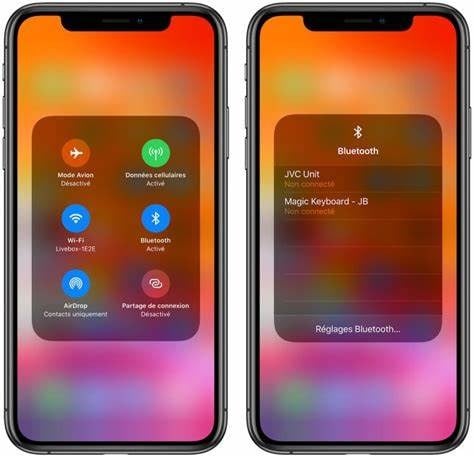 It is quite similar to Bluetooth switching but with just a small tweak.

It seems to be a handy feature as it delivers more conveniently, While some feature is ditched such as the auto-brightness from Control Center. Where you can’t be able to enable or disable the auto-brightness from Control Center. However, the Bluetooth Quick toggle is one of the most awaited features on iOS for several apps. Now you don’t longer have to exit the app to connect or disconnect Bluetooth device from setting.

Hopefully, we assume that the article is helpful for you. Noteworthy, Airplane Mode turns off the connectivity such as the Wi-Fi, Cellular and Bluetooth connectivity unless you turn on them again while in Airplane mode. We assume that you can now access the quick toggle on the control panel. We like to know your thoughts or if any queries let us know in the comment section down below.