The video game Terraria is an action-adventure sandbox. It is an open-ended word platformer that Re-Logic created and 505 Games released. It is a 2D sandbox game featuring single-player and multiplayer options. The gameplay focuses on exploration, building, crafting, combat, survival, and mining.

The game is praised for its timeless exploration-adventure gameplay, which is similar to video games like the Metroid series and Minecraft. Since its release, everyone has enjoyed the game because of its gameplay. However, some people are having issues with this as well, just like other video games.

Some users have reported that whenever they are starting Terraria on Steam, they are either stuck on starting or facing a “Found Server” error. If you are also facing the same and not able to enjoy the game, then don’t we are here with the solutions. In this guide, we have shared different methods which will help you in solving the issue and enjoy the game without any problems. So, let’s start the guide, without wasting any time.

Why You are Facing a “Found Server Error” in Terraria? 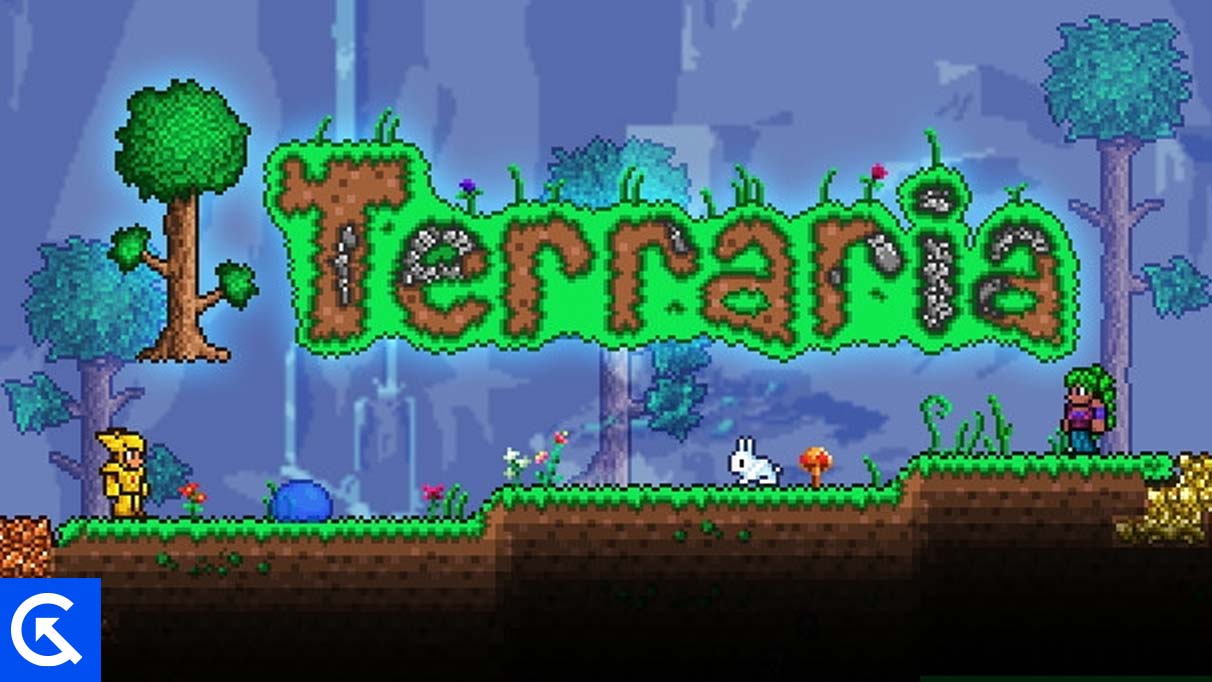 There are a lot of reasons why you are facing this issue. Some of those are mentioned below.

Here are some of the methods that we have listed through which you will be able to resolve the found server error issue.

1. Increase Players Spots/Reserves in the game

The first method by which you can fix the Terraria server is by increasing the player spots or reserves. By using this method, many of the users were successful in fixing the problem. So, we will suggest you try this method to fix your issue. You need to follow the steps given below to do this.

The next we will suggest you fix the issue is to update the game. If you haven’t updated your game for a long time, then it is time to do it. Not updating the game regularly, is also a reason for many problems. So, check for the updates, and if available download them. You can update the Terraria game, by using the following steps.

The next method by which you can solve the issue is using the Steam Invite. This method will help to bypass the Terraria server problem and play multiplayer. For this method, you need to follow the steps given below.

4. Turn off the Windows Firewall

Another method by which you will be able to fix the problem is by turning off the Windows Firewall. The firewall also prevents files from operating if they detect any unusual activity. It can also get due to any mistake. We will advise you to see if the Windows Firewall is preventing your game from functioning on your PC or not. You can do this, with the help of the following steps.

You can also try connecting to a different network connection to check the stability and speed of the Internet. If this also, doesn’t work then try restarting the router. For this, you need to follow the steps given below:

The next method to solve the Found Server error issue is by restarting the device. Sometimes it happens that there are some issues in the device due to which problems are created in the game also. So, we will suggest you restart the device as it will help in fixing those issues, which will result in fixing the problems in the game.

Another method that you can try to fix the “Found Server” error is by updating your Windows. You might be facing different problems because you are using the old version of Windows. So, we will suggest you check whether any Windows update is available or not. If available, then download it. To update your Windows, you need to follow the steps given below.

The next method we will suggest to solve the issue is closing the apps running in the background. Running numerous apps unnecessarily in the background is one of the reasons you are experiencing this problem. Because your system performance will suffer the more system resources are consumed. When you experience in-game lags, framerate decreases, stutters, etc., you might not notice it immediately. However, you will get a lot of benefits from this approach. To do this, you need to follow the steps given below.

Another method that you can try to resolve the issue is by updating the Graphic Driver. The PC needs the graphics driver to run the game without any problems. However, a lot of users fail to update their graphics driver, which results in these kinds of game-playing problems. As a result, we advise you to see if your computer’s graphics driver has been updated. By using the methods listed below, you can accomplish this task with ease.

11. Verify the Integrity of the Game Files

The next method that you can try to solve the issue is by verifying the integrity of the game files. Sometimes the game is stuck on starting issue or found server error issue can occur if some files are missing from the PC or it is corrupted. Due to improperly installed files, the game will not be able to launch in this situation. But since the game store has an integrated capability for scanning and fixing game files, this is not a difficult problem to handle. To accomplish this, you must follow a set of instructions that will help you to verify the game files’ integrity.

If you have tried all the above methods and still you are facing the problem, then we will suggest you reinstall the game. It is the last way you can use to fix this problem in your game. Many users claim that by reinstalling the game on their pc, they were able to resolve this problem. This is because all of the game’s files and settings will be removed from your computer when you uninstall it.

After that, when you reinstall the game on your PC, all the necessary files will be correctly installed, allowing you to resolve the problem. So, if none of the approaches above was successful for you, we advise that you try this. Make sure you restart the PC and remove all the game files from your PC after uninstalling the program.

The Terraria “Found Server Error” is not a big issue to resolve if you are following the right methods to resolve it. We hope that by this guide you were able to solve the problem. If you have solved it by any other method, then do share it with us in the comment section below. Also, for more such troubleshooting guides, do visit our website.