Strategy games are the pure source of killing some free time while developing some strategical skills. As such, Territorial.io is relatively a new strategy game that has a bunch of things to offer. Just so you can think of, the game is all about conquering territories and expanding them through various means. You will have to annex the empty lands, battle other territories to conquer their lands, and even sail to different islands and lay your claim.

The thing is all about making the right decisions to expand your territory in the fastest possible way. However, compared to other strategy games, Territorial.io brings in a lot more stuff for the player to consume. This is exactly why players often get confused when they get started with it for the very first time.

As a result, if you have thought about giving it a try, or are already stuck somewhere in between, then this Territorial.io beginners guide is all you need. In this article, we have discussed all the essential things you need to know as you begin your journey into the game. Be it the gaming mode, the territories, maps, or other strategies, you will get an overview of everything. So, have patience and keep up with us till the end. 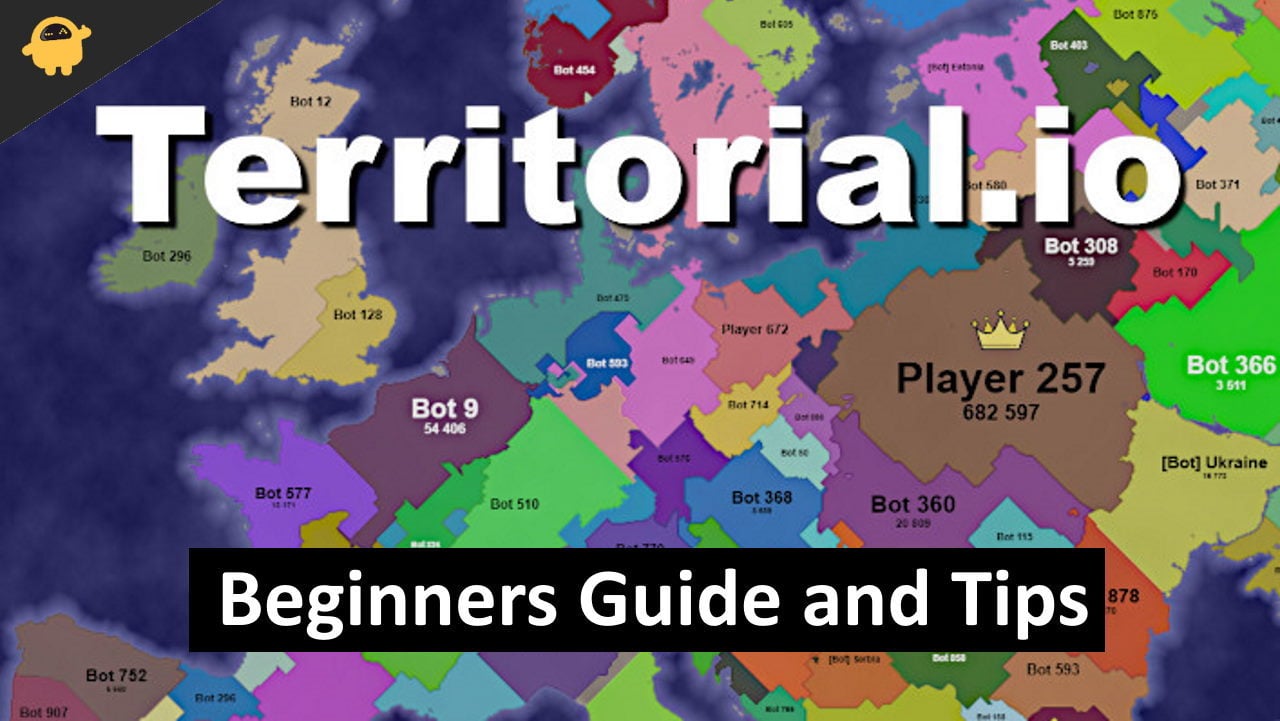 Territorial.io certainly features multiple maps, different gaming modes, and a lot more to talk about. Fortunately, we have covered most of the essential elements you would need to know just as a beginner. So, without trying to lure any more of your precious time, let us get started right away.

However, if you are just a beginner we would advise you to get started with the single-player mode. Play a few games, make yourself comfortable, and get a quick idea about how the game works. Once you are familiar with all the basic stuff, you can then try out your hands in multiplayer mode. This will indeed take some time but once you master the single-player mode, it would be easier for you to compete with the other players on the multiplayer level. 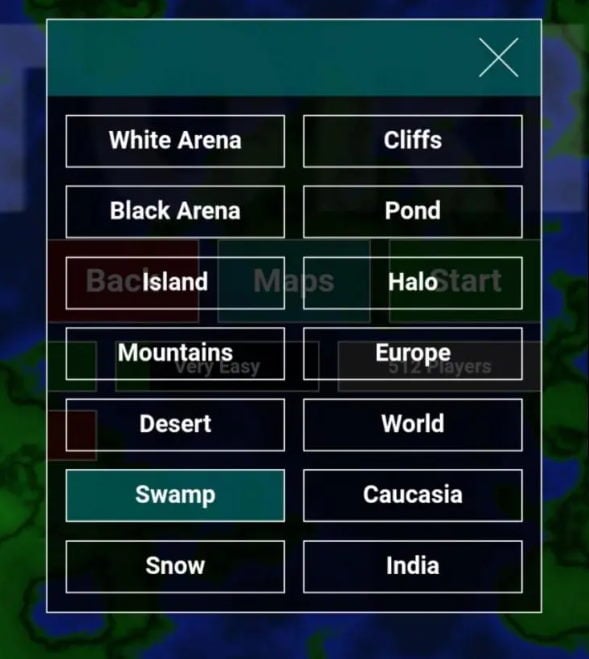 Once you have decided which mod to go on with, the next thing that comes in is choosing a map. Now, Territorial.io provides 14 different maps to choose from. Go with the one that looks sort of easy to deal with. Remember each map will feature different types of conditions and terrains. Hence, you need to adjust your attacking strategy accordingly. So first, make sure which attacking strategy best suit your play style and select a map that supports the specific style.

If you can successfully deal with this part, the rest of the game becomes easier and more interesting for you. Therefore, make sure you select the map carefully. Once, this is all done, you can now put your first steps in Territorial.io and slowly start exploring the game.

Now that you are familiar with your gaming style and have chosen an appropriate map to start with, it is time to have a sneak peek over some of the most beneficial tips and tricks. These tips will further help you as you advance on your journey and look for expanding your territory.

Territorial.io provides you with two basic ways to expand your territory. It is either by raiding the lands or sailing the sea to some random island to lay your claim. However, since you are a beginner, always prefer to raid a land rather than sailing through the sea. It is not the fastest way to obtain more land at the beginning of the game itself.

Not only that but also go for a larger content or territory rather than targetting some small island. Although it might look more challenging it must be your first preference. Targetting a bigger land area will help you expand your territory more and establish a greater balance within the empire.

2. Go for a Coastal Territory 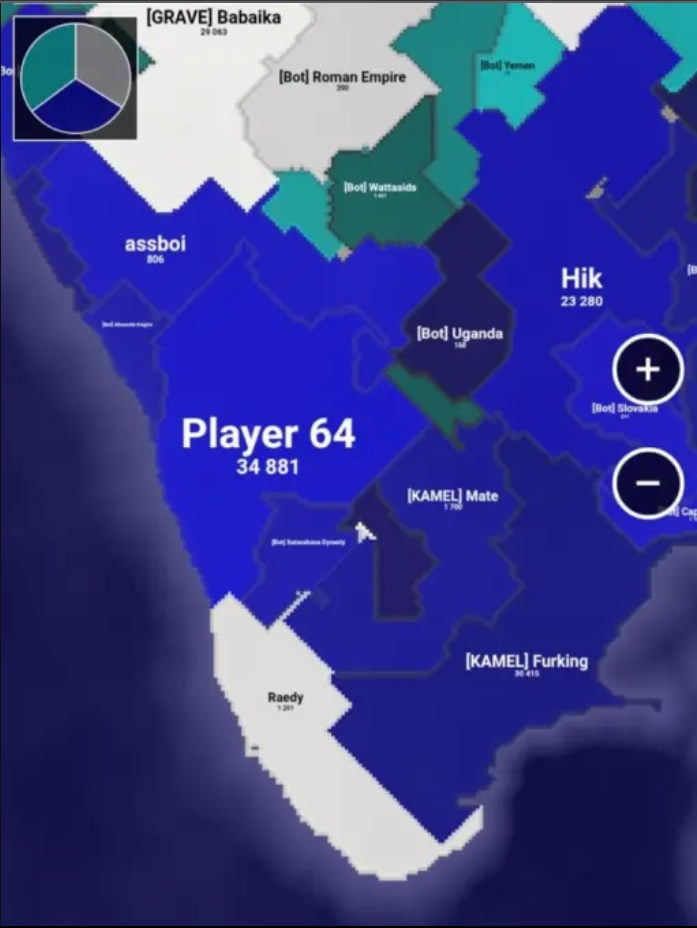 As a beginner, your motive should be not only to acquire more lands but also to survive the heat of the battle for the first few minutes. And what could be better than choosing a coastal territory? If you could manage to look out for a large enough piece of land near the coast side, consider it a jackpot. Since one of the sides would be covered with water, you need to worry less during a battle.

It will eventually work as a natural barrier and you can get your time to prepare for further attacks later. Once you are able to hold the land while surviving the first few minutes of the game, it’s all a matter of time before you could grow your kingdom at an exponential pace.

Of course, once you are able to hold a big piece of land for the very first few minutes and then gradually keep it expanding, other players will notice your actions. If you are weak to maintain balance among your territory, they will surely take over your territory by attacking you.

Luckily, Territorial.io has a special feature that allows you to maintain peace by holding a temporary truce with the other kingdoms. Therefore, you need to think very diplomatically and suggest good offers to hold a truce for the time being as you strengthen your territory.

Note that everybody here has only one goal i.e., to acquire as much land as possible. So, if they sense that they could take over your territory, they will deny you offers and attack you to take down your lands. Hence, maintain your balance and army appropriately, and do not let them see through your weaknesses until you are well prepared.

As mentioned earlier, Territorial.io will make you face both real players as well as bots in the game. With that said, it always looks safer to go with the bots in the beginning. However, it isn’t actually the case. Real players will always look for ways to target your lands whenever possible. As a result, your first target must be the neighboring real player rather than a bot.

Wait for the perfect moment and take down the neighboring territory first. Once you are done with it, you can now slowly move on and defeat the bots around. Remember that real players always possess the real threat. Hence, never give them the chance.

5. Participate in the Ongoing Attacks

In multiplayer mode, after you spend a while you will eventually come to see that your neighboring territories are being attacked by other players. Since it is all about strategy, do not lose even a single opportunity. Whenever you see an opening, join in with the attacks to gain some extra land for your territory.

But again, after acquiring your share, make sure to offer peace and make a truce with the other party. It is just in case they don’t turn against you in the future. Put every step carefully and you will eventually be the unstoppable one.

6. Expand your Territory over the Islands

Once you have created a big enough base on the lands with proper control over everything, you can consider setting sails through the sea. There are many small and isolated islands scattered over the map. Conquer them one after the other and expand your territory without coming into notice by the other players.

Strategical games require a lot of thinking since there are multiple ways that lead to the same destination. You only need to come up with the most efficient one based on whatever the situation is. If you are good with diplomatic and analytical thinking, it will definitely help you through your journey. Even so, these were some of the basic steps you should follow to expand your territory while saving it from an attack under any condition. Let us know if you have come up through any different tricks that have helped you survive and grow in Territorial.io.