In our today’s detailed guide, we will go through each of the four distinct character classes in Torchlight 3.

Torchlight 3 is the third installment to the hack and slash action RPG series from Echtra Games. The game released for Steam shortly after its trailer launched in the PC Gaming Show. Fans of the Torchlight series have been eagerly awaiting the latest edition ever since the success of Torchlight 2 from back in 2012.

Similar to the other ARPG, players are set in a fantasy world that is procedurally generated filled with interesting characters, monsters, and loot items. There are four distinct character classes for players to select from. Each character has its own special skills and abilities.

In Torchlight 3, depending on how the character class is built, they are all capable of performing well in melee and combat mode. So, regardless of what kind of player chooses a character class, given their abilities, selecting the right one may be a bit confusing. We are here to clear that confusion. 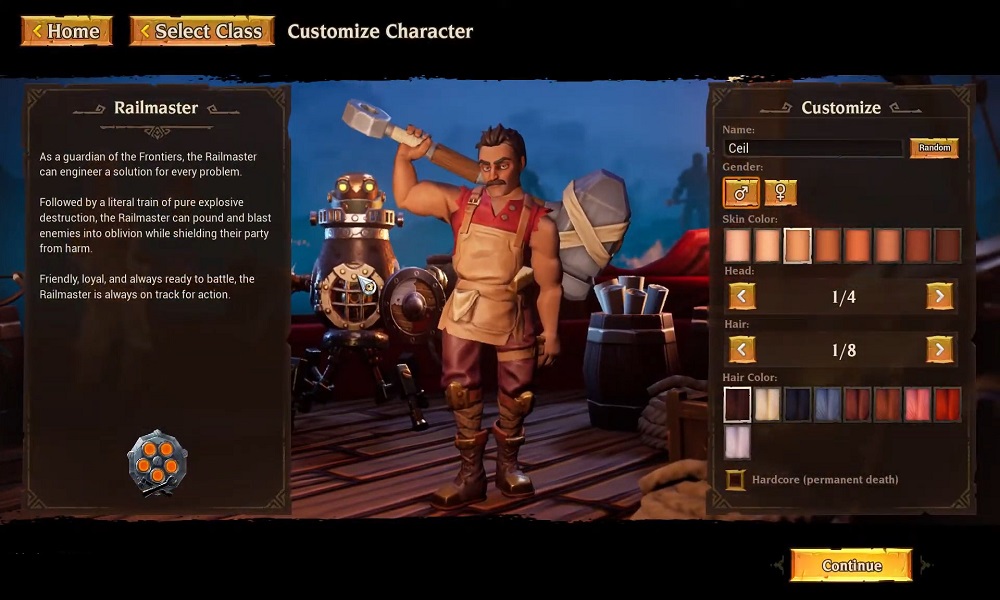 Starting off the list is the Railmaster in Torchlight 3. Even though some players might seem like this character is from Torchlight 2, he is not. The railmaster is one of the most interesting characters on this list. They are equipped with the ability to construct and control trains with powerful long-distance attacks. With each attack, the railmaster is also able to create endurance resources that can be used simultaneously. Each time a railmaster’s endurance bar is full, they can use that bonus to trigger a large AOE attack or for other companions. Railmaster abilities come with a special cooling down timer as well. This unique property makes the railmaster one of the most efficient character classes in Torchlight 3.

The railmaster is unique due to its Conductor skill tree. The railmaster can destroy enemies that are within range by creating trains all along the track that is set. Tracks will continually set themselves wherever the railmaster walks. There are other skills from the conductor skill tree that allows the train to be modified with other cars and new abilities. For instance, trains can fire electric shots, use a flamethrower, and even set up a protective shield.

The railmaster is also powerful due to its Slammer Tree. Here, the emphasis is given to using both hands when using weapons like the rail hammer. Serious damage can be inflicted using the rail hammer against individual enemy opponents and large groups with a wide AOE.

Effectively implementing Slammer Tree and Conductor Tree skills can make the Railmaster a powerful character. Players will be able to easily face off against close-range enemies while the train proceeds to attack from far and push forward. 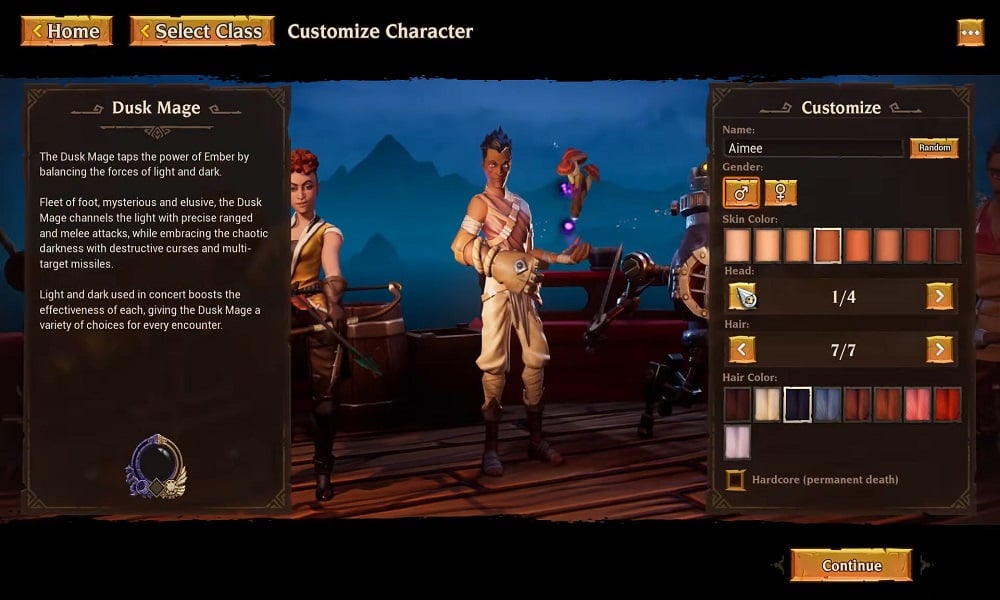 The Dusk Mage character class is the mystical one in Torchlight 3. They can cast magic spells that can be broadly classified into two groups. Even though both of them focus on inflicting damage to enemy opponents, they each have different use cases. The first one being, the spell of light. Using this player can attack against specific enemy opponents through missiles and light beams and offer support with high precision. The second kind is the spell of darkness. Here, players can inflict damage to a wider area of effect in a chaotic manner.

The interesting thing here is that each time a spell is used, the opposite resources get charged. This means, if players use a light spell, then the dark spell receives the charge, and the opposite is the same too. Once both the resources are at full charge, a special powerful attack can be used. It is important for players to keep in mind that each spell tree has a mobility skill. For the light spell, it is the speed buff, and for the dark spell, it is teleportation.

In order to use the Dusk Mage effectively, both spells need to be simultaneously in play. The Dusk Mage is suited for ranged battles primarily, but with its unique damage potential, it can easily handle enemies that are nearby. For instance, a dark AOE spell attack can be used against large groups of enemies, and a light spell can be used on whoever is left behind. 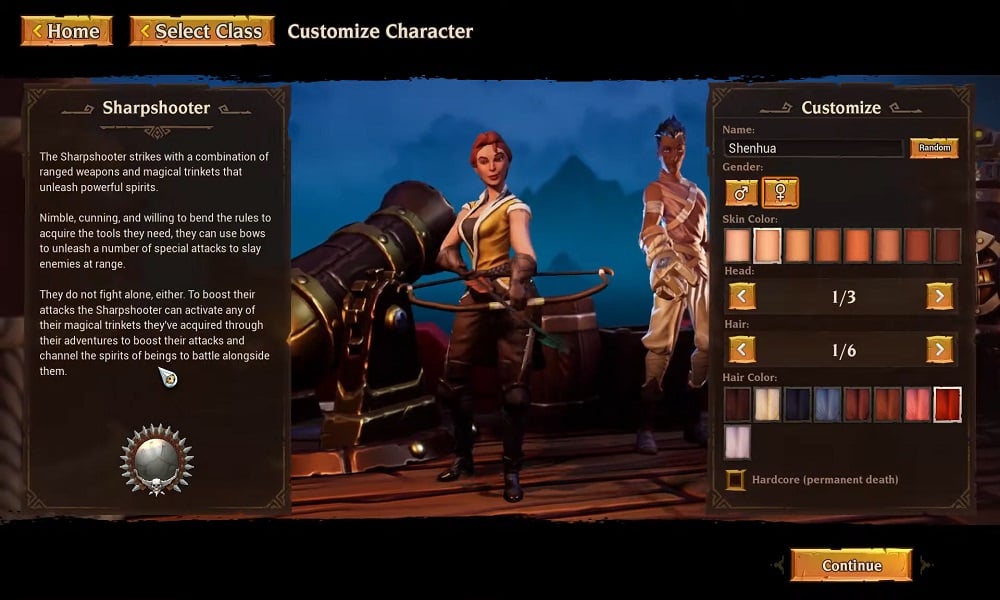 The Sharp Shooter class in Torchlight 3 is the easiest to use and elementary character classes. In this class, bows and guns will be used against enemies. The bows need ammo, which is a never-ending source. However, players will have to time their shots when they have to reload. Along with the bows and guns, the sharpshooter has other ranged abilities for single opponents and wide AOE. Players must keep in mind that the sharpshooter is the only character class that does not have any specific skills for melee attacks.

The sharpshooter has its Precision Tree that focuses on all of its arrow spells. For instance, the arrow spells can fire exploding arrows, shoot critical damaging arrows, shoot arrows in a wide area for a short distance, and even arrows for slowing down enemies. The other skill tree here is the Adventurer skill tree. Here, players can use the spirits related to the abilities for extra buff and additional spell attacks. The spirits can be used to inflict damage against opponents. Each time this ability is used, players will receive an additional buff for their precision skills.

Here, ammo is used as a resource. This means once ammo runs out, the abilities cant be used. Players need to keep that in mind when facing against enemies and have to reload. 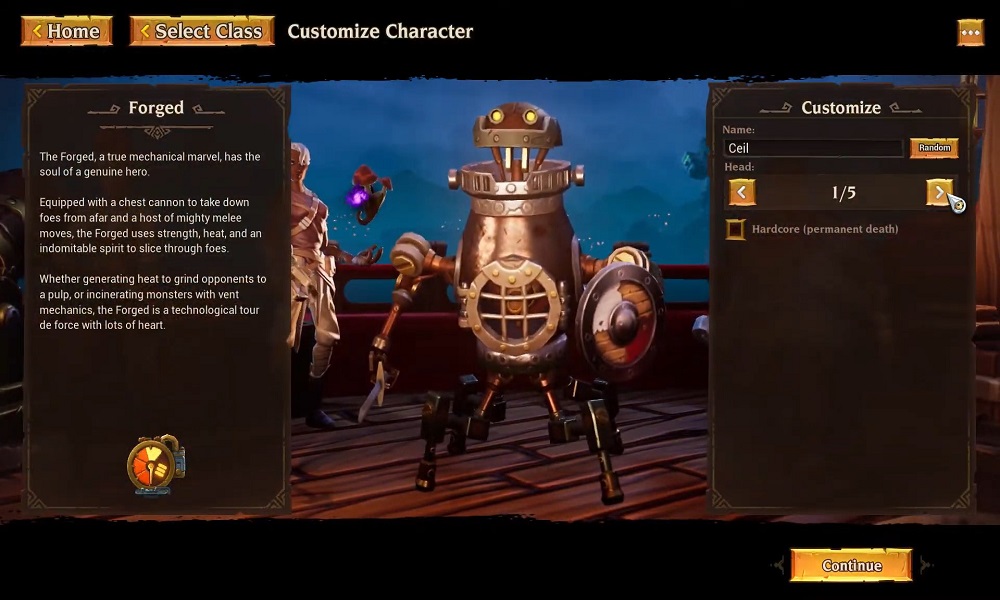 The last kind on this list is the Forged character class. This is different from all the other character classes, as it is more mechanical. The Forged stick out as it has a special space for a cannon gun on its chest. This class is highly useful for moving about and attacking enemy opponents with its combination of melee and ranged attacks. However, it too has a cooldown timer like the Railmaster. The Forged character class will quickly heat up each time a skill is used, and players will be defenseless until it cools down. Fortunately, the Forged comes equipped with many vent abilities.

The Forged has its Barrage Skill tree for ranged attacks that can be against individual opponents or wide AOE. Its Brawl Skill tree comes handy for close contact fights as it consists of melee attacks. For instance, the Forged can charge against the enemies using its Ramming Robot attack.

Once players get used to managing the heat gauge on the Forged, things will become easier. The Forged is a highly mobile and flexible character class to use.  In order to use the Forged effectively, both Barrage and Brawl skills need to be applied in a balanced manner.

This concludes our list of all the Character Classes in Torchlight 3. Check out our best Windows Guides, Gaming, Social Media, iPhone Guides, and Android Guides for more guides. Subscribe to our YouTube Channel for participating in our $150 giveaway contest. If you have any queries or feedback, comment down below with your name along with e-mail ID, and we will reply shortly. Thank you.